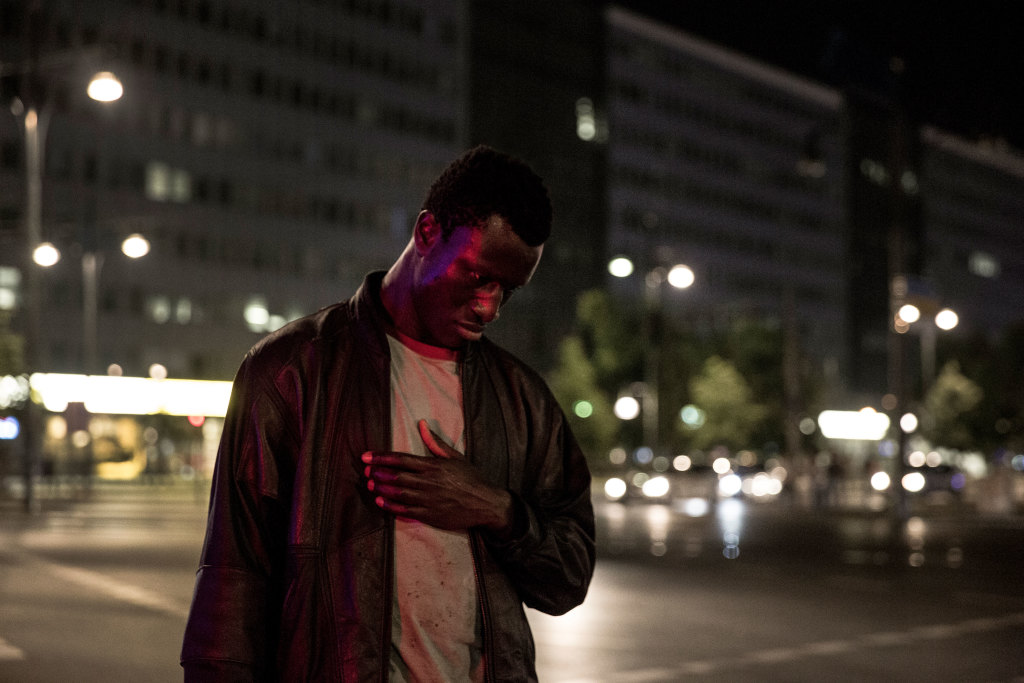 40 years after a famed dramatisation of the epochal German novel of the Weimar Republic, a feature-length film – loosely adapted from the original book – makes an appearance. Berlin Alexanderplatz has been reworked in a contemporary setting but still focuses on an outsider’s attempts to become a decent person.

Taking on Alfred Döblin’s epic novel Berlin Alexanderplatz after Rainer Werner Fassbinder’s 14-part series from 1980 made such an impression is not a task for the faint-hearted filmmaker. But German-Afghan director Burhan Qurbani has done just that, rendering the story of refugee Francis/Franz in a three-hour film of 5 parts and a somewhat tonally jarring epilogue.

Reframing the original 1929 story in modern-day Berlin, Qurbani introduces us to Francis (Welket Bungué), an undocumented African refugee, recently arrived in Germany. Having narrowly escaped death on his journey to Berlin, Francis has made a vow to himself to leave his old life behind and be a good person from now on. We’re not quite sure at the start what he has done which would identify him as bad person – for example, he is seen shunning drugs and helping fellow illegal workers who are injured in the workplace. But before long his good intentions are blown away and, without papers, he finds himself out of work and in the circle of drug dealer Reinhold (Albrecht Schuch). Seemingly naïve at times, Francis lurks on the periphery of Reinhold’s activities until Reinhold’s unpredictable, even psychopathic nature catapults Francis into life-changing events, the first of his failed attempts to be a good person.

The push and pull of the relationship between the two men is the centre-point around which events occur. Francis’ loyalty makes him blind to Reinhold’s true self, and his search for redemption and decency lead him to fall for the ‘new life, new opportunities’ offered by the German. Reinhold’s chaotic, neurotic life is the catalyst for everything that is bad for Francis, as he uses and abuses everyone he comes into contact with, without scruple. Their performances are, without doubt, highlights of the movie.

For a tale in which an African man is the centre, strangely the story is narrated by a female voice. We don’t meet the woman until part way through, but she lays out in almost biblical manner how Francis is about to be tripped up in his efforts to become a decent human being. It’s even more strange because the female characters are sadly underdeveloped; they may have been little more than props in Döblin’s original writing, but reinventing the novel for 21st century Berlin surely gave the filmmaker the opportunity to add some depth to the women?

In fact, depth is what Berlin Alexanderplatz lacks overall. The first half shows the promise of exploring refugee/immigrant life in modern-day Germany, of the prevalence of racism, of the challenges experienced by those who live their lives on the edges of society. But having scratched the surface and presented an array of intriguing characters, so much is left unexamined. It’s understandable that part of this is the result of attempting to reduce a 450-page novel into an acceptable movie run-time, but it left a series of unanswered questions and a feeling of shallowness by the end. The sunshine-filled epilogue does the film no favours here either.

Having said that, the nods to Fassbinder’s adaptation of Döblin’s novel are inevitably there too, and it is fun to spot the homages if you’re familiar with the mini-series. But this Alex, this Berlin, is a very different one from the one envisaged in the book. It feels like something of a curiosity – interesting and worthwhile watching, but ultimately not digging deep enough into its protagonist’s attempted journey to redemption.