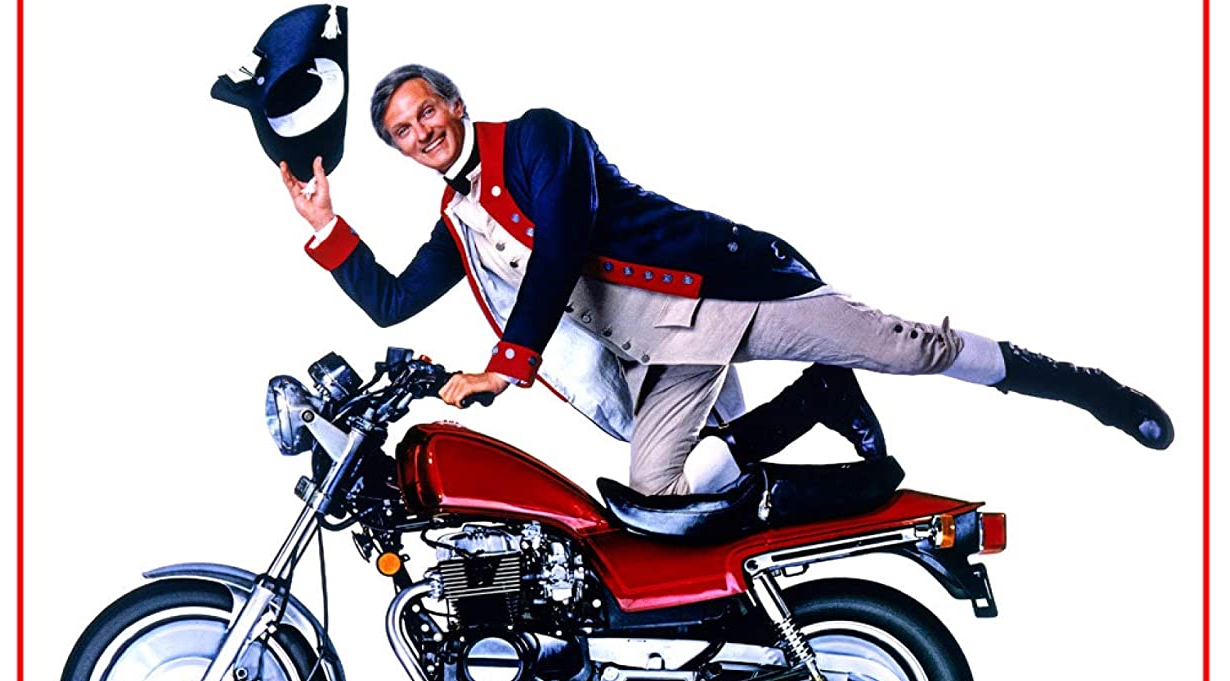 A Comedic Staple of the early days of Cable TV, Sweet Liberty the Alan Alda directed and starring film comes to Blu-Ray thanks to Kino Lober.

This reviewer has very fond memories of HBO showing Sweet Liberty multiple times… MULTIPLE TIMES.  It hasn’t lost any of its charms though the final third act is anything but realistic though highly entertaining.

Author and Professor Michael Burgess sees Hollywood come to the sleepy town in North Carolina that he lives.  Why?  They’re making his historical novel Sweet Liberty turned into a film.  Burgess quickly finds out that they’ve turned his detailed novel into a bawdy comedy for “teenagers”.  Trying to work with Stanley (Bob Hoskins) the screenwriter and battling the director Bo (Saul Rubinek) becomes a full-time job. Adding into the mix is a Super Star (Michael Caine) and a Starlet (Michelle Pfeiffer) that also pull Michael into other directions.  All putting the novelist’s relationship with fellow professor Gretchen (Lise Hilboldt) in jeopardy.

Part of the charm of the film is Alda himself and his ability to make himself look like a complete dick.  In his career, even in the recent A Marriage Story, Alda has an innate ability to be charming as he is completely repugnant behavior.  As the novelist, he pushes himself into every aspect of the film beginning with the writing and going as far as sleeping with the star.  All the while, we an audience, cheer him on.  It’s that likeability of Alda that allows for these sorts of characters, most famously Hawkeye from M*A*S*H*, to stretch the character’s actions for comedic and drama gold.

The film’s secret weapon is the murder’s row of actors that populate the film’s Hollywood crew that comes to town.  Michael Caine, Michelle Pfeiffer, Bob Hoskins, Saul Rubinek, and Lillian Gish all to superb work.  Caine in particular relishes every moment playing the ego-driven star to great effect.  Hoskins gives a truly funny manic performance that’s as much a love letter to writers as it lampoon’s them.  Pfeiffer seems a bit wasted as the starlet doesn’t have much to do after the first act.  The legendary Gish gives a wonderful supporting performance as Alda’s mother.

The film’s biggest issue is the “rousing” third act.  Yes, it is rousing and fun but breaks creditability.  What Alda has the reenactors do during the climactic battle would probably end up with him in prison or at the very least losing his job and being sued by the production.  That being said, it is hilarious how much is paid off in that final battle.

There may be better films about making movies, but Alda’s Sweet Liberty is definitely worth your time if you love these types of films.  It could proudly stand with other favorites of the subgenre like The Stunt Man and Bowfinger.

The older transfer provided by Universal is a solid.  As with most Comedies of the era the color is a little muted but that comes more from the stock and camera equipment used.  The transfer and Blu-ray nicely holds up as a handsome and sharp image.

The newly recorded commentary by film historians Daniel Kremer and Nat Segaloff is both informative and quite a fun track.  Details include discussion of Hollywood Insider Comedy Subgenre, the focus of the writer in this film, a hilarious Robert Riskin and Frank Capra anecdote about “the Capra touch”, the love for Michael Caine on sets, the duo of Caine and Bob Hoskins, how Alda came to direct the film, how the casting of Michelle Pfeiffer came about, the casting of Lillian Gish, an amusing anecdote of Robert Altman directing Gish, the likability of Alda the actor, the director, and his characters on-screen, the post-production of the film and its use of non-linear editing system called Montage (which is technically fascinating how it was achieved), the work of cinematography of Frank Tidy, the work that was done by the crew with sets that are essentially set for a fictional film, the way the film portrays historical accuracy, Alda’s directing career post-Sweet Liberty, the actor/director limiting screen time because of Parkinson’s, his appearance in A Marriage Story, and much more.  The track is a great conversation between the two friends/historians.