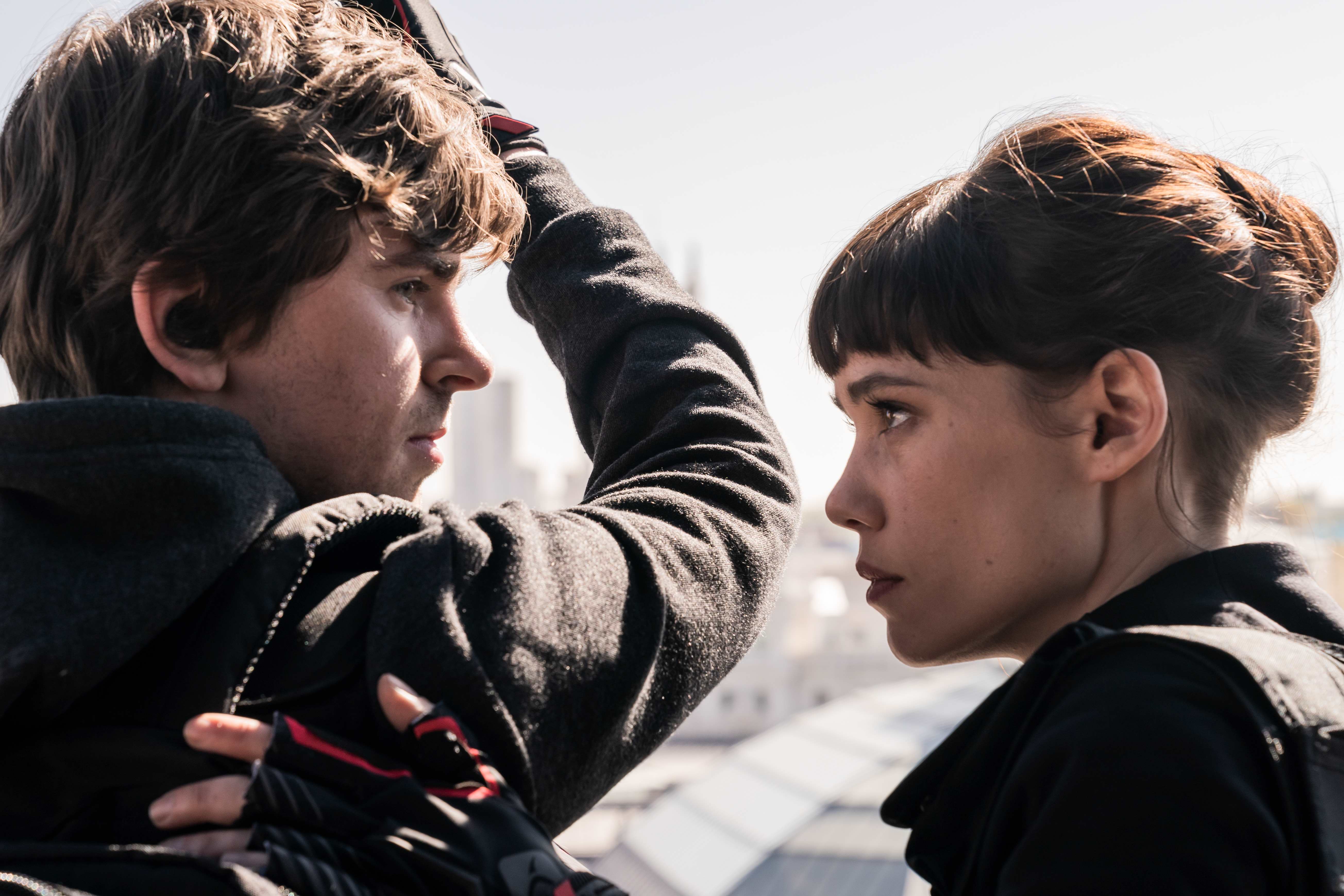 Director Jaume Balagueró moves from Zombie Action-Comedy Horror to slick heist films without skipping a beat. The director’s second English language film retains his sense of home (re Spain) while finding himself with a strong Spanish/British cast.

Thomas (Freddie Highmore) is a genius in every sense of the world.  Still at Oxford, the young man, has everyone from Big Tech to Oil Companies chomping at the bit to offer him the world.  Thomas like any good movie hero wants more.  That comes in the form of Walter (Liam Cunningham) and Lorraine (Astrid Bergès-Frisbey), and their crew (populated with the likes of Sam Riley, Luis Tosar).  Their offer; help them take back the deep-sea salvage of lost treasure.  The only hitch they have ten days to pull the heist off all while the 2010 World Cup takes place.

Any heist film is only as strong as its cast.  Essentially, the best of them are hang out films.  Groups working together to solve the tidal wave of problems that come up during the runtime of the film.  Balagueró’s cast is aces with great Spanish and English stars.  The combination of actors works great to give us a crew of good and baddies that make The Vault a top to bottom enjoyable ride.

Highmore as the defacto-lead is solid.  The impish socially awkward genius has been done countless times.  Hell, Highmore does it on the regular now in The Good Doctor.  Here it’s the right sort of infectious devil may care looking for an adventure style of hero that works.  It helps that Astrid Bergès-Frisbey as Lorraine his handler of sorts is a star in the making.  Bergès-Frisbey is all swagger and style to Highmore’s bumbling nerd.  The chemistry between the two is one of the highlights of the film.

The film’s secret weapon is the supporting cast headed by Liam Cunningham, Sam Riley, and Luis Tosar.  Many will know Cunningham from his work in Game of Thrones.  Here he brings that rapscallion no-bullshit advisor/mentor that made him a favorite on Game of Thrones here.  Riley has always been underutilized since his brilliant debut in Control.  Here he plays world-weary stick in the mud with the kind of authority and wit that isn’t typical of this kind of role.  The find for those familiar with Michael Mann, Jim Jarmusch, and Spanish Cinema will be happy to see the addition of Luis Tosar.  Tosar as Simon, the explosives expert, becomes the heart and soul of the piece.  It’s the actor and his moments during the climactic heist that bumps The Vault a step higher than your average heist film.

The Vault manages to be an entertaining heist film that manages to elevate itself with its great cast and their chemistry.

The Vault is in Select Theaters, on Digital and On Demand March 26, 2021