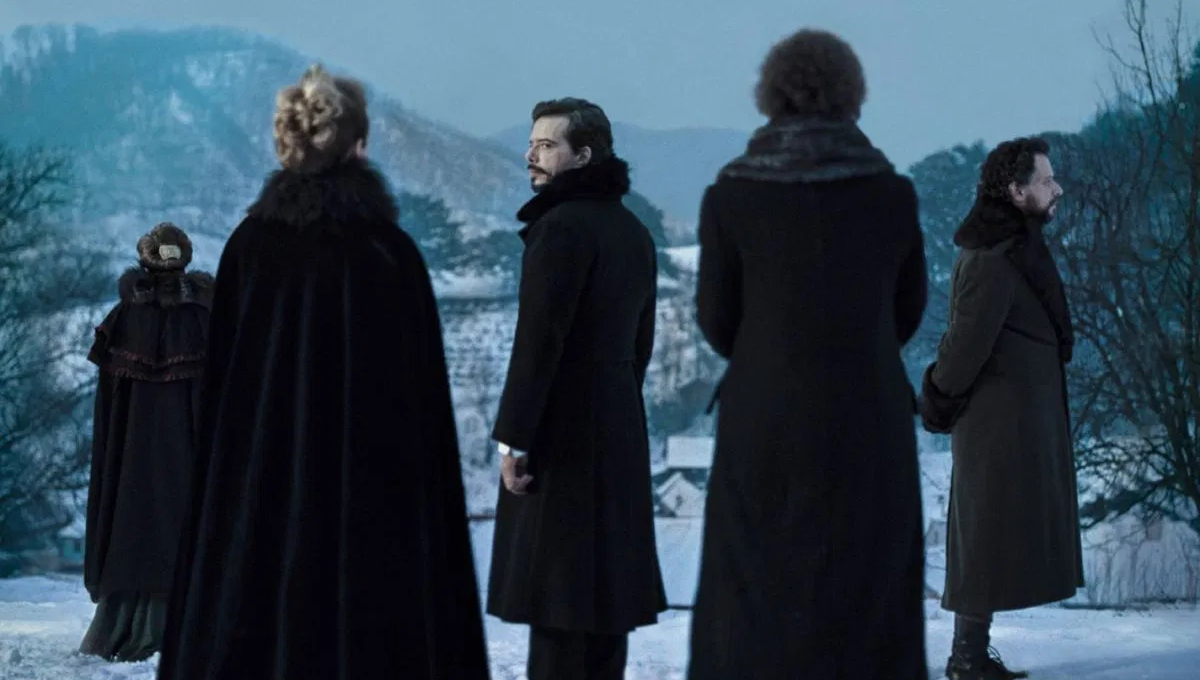 A lengthy film in which little happens but much is said, and which certainly demands commitment from the viewer.

Even for cinephiles who are not averse to watching seriously-themed historical dramas in languages other than English, this latest from Romanian director Cristi Puiu (The Death of Mr Lazarescu) will demand true commitment. I’m still deciding whether it was worth the time-investment, but certain images keep popping into my head since I’ve watched it so it definitely had an impact of some kind.

Puiu was named Best Director for the new Encounters Awards at the 70th Berlin Film Festival last year for this film, and Malmkrog also won Best Film and Best Screenplay at the 2020 Seville European Film Festival. So it does have artistic if not audience, attention.

Malmkrog is set in the mansion of an aristocratic landowner during the Christmas period around the turn of the century. Over drinks and meals, the host and guests engage in a variety of lengthy philosophical discussions on topics such as religion, politics, war, and evil; everyone listens cordially to the others, no one raises their voice, no one talks over anyone else. The people disagree politely, and explain their beliefs calmly. There is some mansplaining. Quite a lot. But the women also have their say.

In the background, servants serenely carry out their duties, hovering to push chairs in behind the guests as they take their seats for dinner, or gliding through the parlour offering post-prandial cognac in heavy cut-glass receptacles.

It’s an extremely verbose film. Most of its 201-minute run-time (yes, that’s 3 hours and 21 minutes) is filled with debate and lengthy monologues. Very little happens, but when it does it is quick, explosive, and unexpected.

Watching the film, based on a book by Russian writer Vladimir Solovyov, does feel like sitting down in a theatre. The run-time matches that of a theatrical piece, and the major violent event occurs just at the point where a play would naturally have an interval. And yet inexplicably, Malmkrog rarely feels stagey.

The film certainly has things to say and says them very cleverly. But whether Malmkrog finds an audience patient enough to indulge it, or is destined to become a mythical creature that people speak of but never see, only time will tell.

Malmkrog will be released in virtual cinemas and on VOD on 26th March 2021.