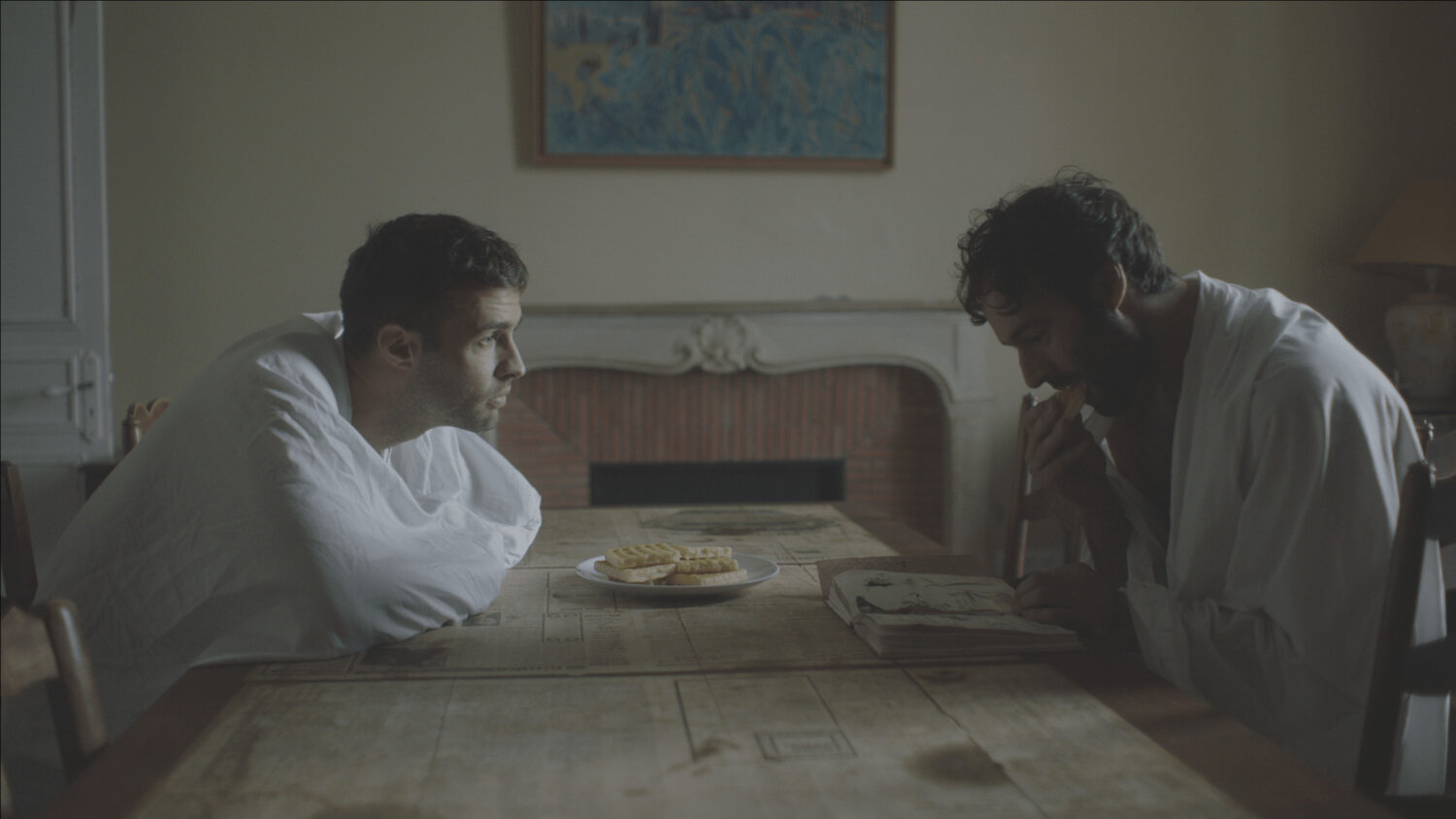 2020 was a tough year for most people, with global events affecting life as we know it. But what if it really was the end of the world? Dead in October examines how two friends spend their final days.

The world is about to end, and there’s nothing you can do about it. How and where do you spend your last few days?

For best friends Dud (Tom Forbes) and Bennie (Eddie Arnold), the location is simple – a house by a rocky coast where Dud has promised to meet up with his young daughter Lile, who now lives with her mother and mother’s boyfriend. But Lile has yet to arrive, and so Dud and Bennie find ways to fill their time and prepare themselves for the cataclysm that is to come.

Naturally, their conversation swings between the trivial (their views on Game of Thrones, their favourite films) to the very serious stuff about friendship, failed relationships, and anxieties about life in general. They eat a mountain of potato waffles, drink beer, play paintball and skim stones.

Dead in October was made by director Liam Desroy in only 10 days on a tiny budget of just £10K. The setting and story helps in that only a small cast is required, but that puts the burden of carrying the film on the shoulders of the two male leads, and Forbes and Arnold do not disappoint. Arnold’s Bennie is the funny guy, the motor mouth, whose incessant drive to fill silence belies his anxiety at the impending apocalypse. Dud is more practical and serious, and his anxieties centre around how good of a father he has been to his daughter. They are typical best friends, whose different characteristics provide a balance and ensure that they keep each other on an even keel when things get tough.

There are plenty of films about the end of the world, and yet Dead in October feels very pertinent under the current circumstances. Many of us have spent a lot of the last 12 months isolated from people and places we love while waiting for something to happen which is beyond our control, and we can all probably relate to some aspects of Dud and Bennie’s situation. For a film about the end of the world, Dead in October eschews the bluster and panic of action movies such as Deep Impact or the more recent Greenland; there is no stopping what is about to happen, and the atmosphere is more akin to Lars von Trier’s Melancholia.

Helped along by some lovely cinematography from Oliver Nice, and perfectly atmospheric music provided by 9Pockets and Jose Parody, Dead in October has turned out to be my favourite of Manchester Film Festival. Worth 100 minutes of your time before the world ends.