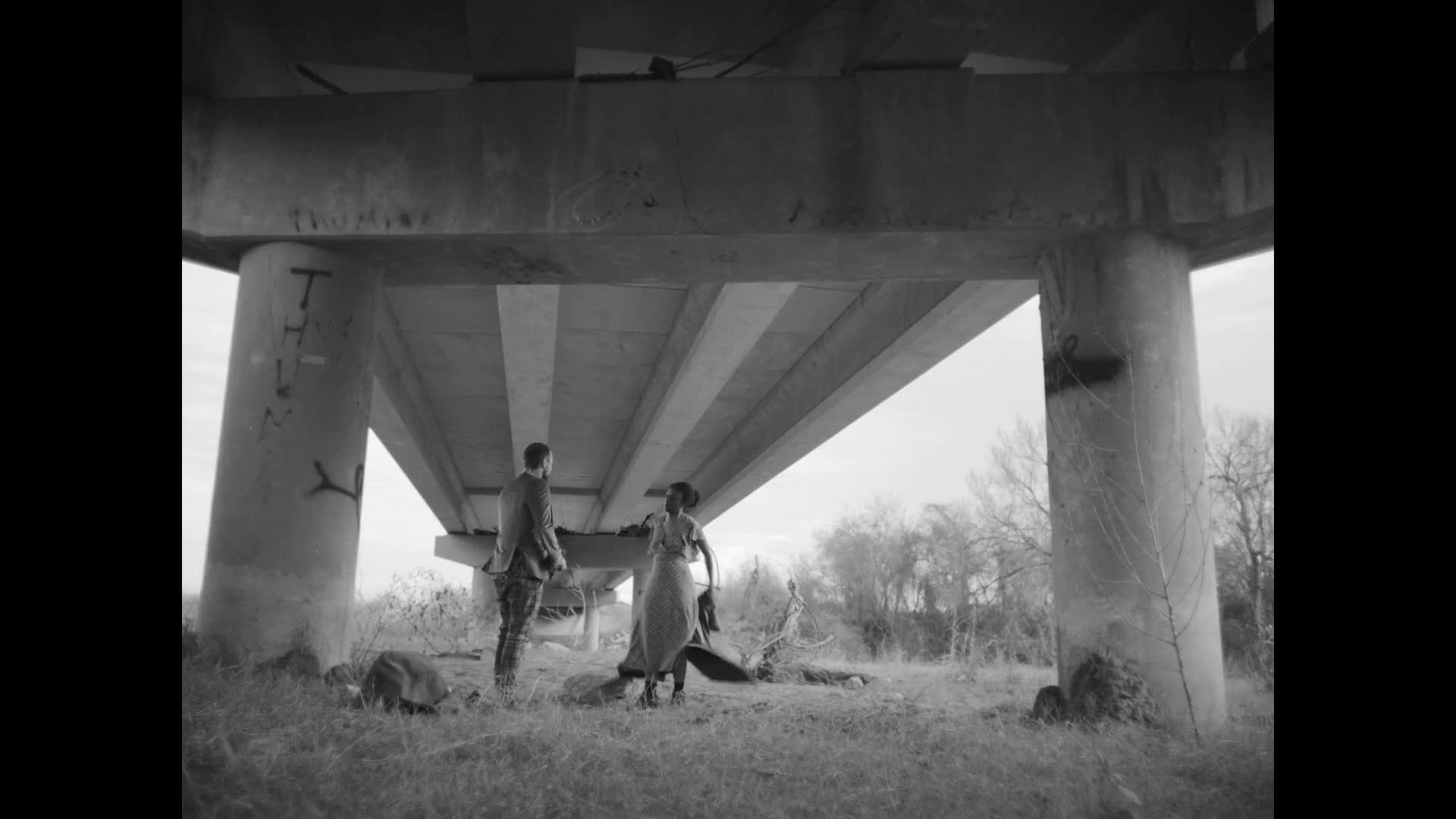 Two desperate homeless drifters cross paths and travel around America looking for connection. Marie continues her journey with them at Manchester Film Festival.

Shot mostly in black and white, and in 4:3 ratio, Fugitive Dreams introduces us to two homeless drifters whose paths cross on their travels and who end up forming an unexpected connection.

The film has a dreamlike quality; things seem tangible, but then suddenly impossible, so that picking out which parts are real and which are imagined or remembered keeps the audience on its toes.

As the film opens, Mary (April Matthis) seems to be about to take her own life when she is interrupted by a blustering John (Robbie Tann). John doesn’t seem to have an off-button. He talks incessantly, tells stories, asks questions – his way of making a connection with another human being. Mary is the total opposite. She says very little, keeps her thoughts to herself, and seems determined to move along alone. But through moments when they each benefit from the other’s compassion, they become unlikely travelling companions.

The first half of the film sees them on their journey and gives some tiny insight into how they might have ended up in their current situation. Domestic violence, poverty and police brutality feature strongly in their childhoods, and both are physically and emotionally scarred by their experiences.

The second half starts to float between the real and the allegorical, with some scenes in vibrant colour, a deliberate contrast to the black and white images. It’s also where, having started out as a two-hander, John’s story takes over and Mary’s recedes. She becomes little more than a support for him; he’s unable to help her or himself and she ends up as the nurturing one, at one point literally propping him up.

Fugitive Dreams is a compact allegory for many things that are wrong in society, and how that drives some people into homelessness, addiction and violence. It’s strikingly shot and April Matthis gives a beautiful performance. My one regret is that in the second half Mary’s story is backgrounded and it’s all about John at the end.