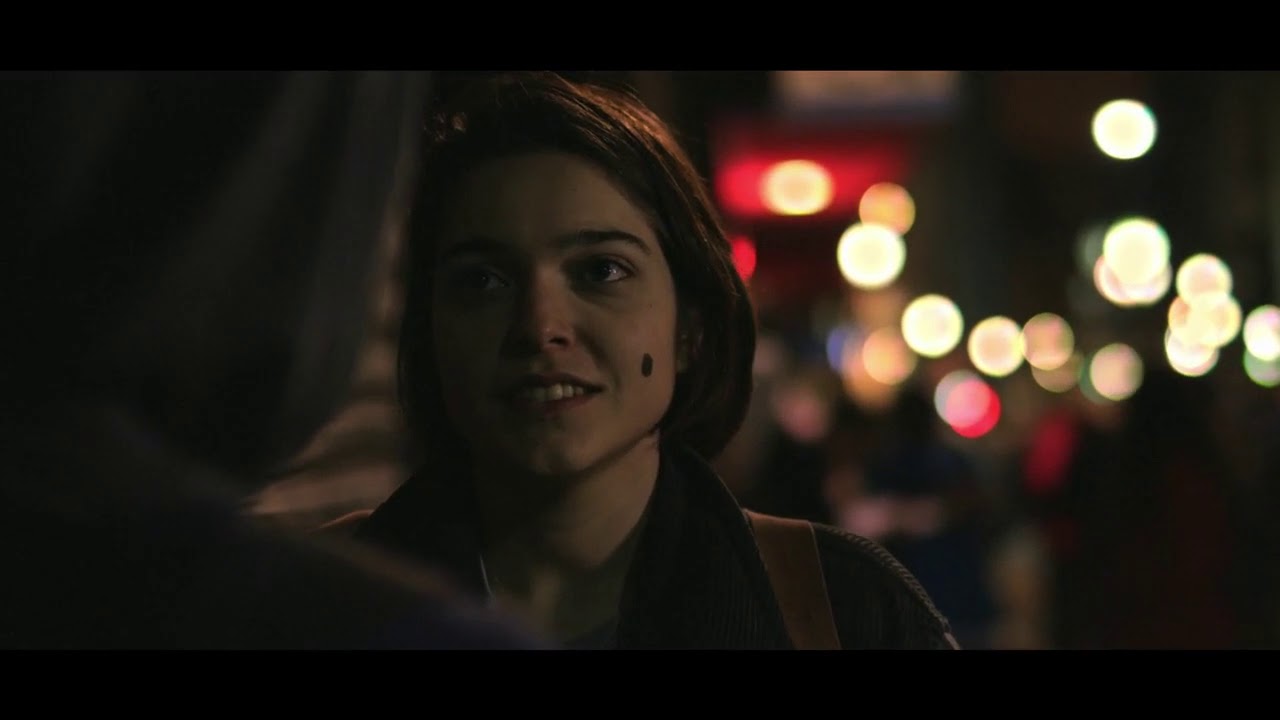 Young love and dangerous acts of graffiti tagging combine in this story based on real events which took place in Sao Paolo in 2008.

Director Claudio Borrelli clearly has a deep interest in the world of Brazilian pichadores or graffiti taggers, as he had already taken part in a documentary about a group of young men from the favelas of São Paulo before here creating his own narrative film in the same setting.

Using mostly black spray and only letters rather than images, the pichadores challenge themselves to tag as high up as they can, often by climbing up the outside of buildings to add their mark. It’s a dangerous venture, but is it any more dangerous than daily life in the favela?

In Vultures, the gang at the centre is led by Trinchas (Gustavo Garcez). He and his friends spend nights tagging various buildings and trying to evade the police as they do so. One day he is introduced to university art student Valéria (Bella Camero) who wants to interview him for her studies. Their relationship will end up having far-reaching consequences for both of them, beyond what either of them could have imagined.

As the story is based loosely on real events which took place in São Paolo in 2008, it would not be fair to reveal any more of the narrative, except to say that Vultures combines the beginnings of a youthful love affair with the realities of street life in Brazil. The young cast really do a great job, and the locations give a good idea of how the young men live.

Much of the action takes place at night, and the hand-held camera gets in among the gang as they go about their artistry or enjoy a celebratory party afterwards. It’s supported by some great music during these scenes, although the use of music from the opera Tosca during some of the tagging scenes suggests an outcome which doesn’t pay off.

Vultures is a solid film with a storyline that leans much more towards Trinchas than Valéria, even though she is both the catalyst for events and the least prepared for some of the consequences. A little more time spent with her might have made for a more balanced story. But it’s worth watching, particularly if you’re a fan of Brazilian film.