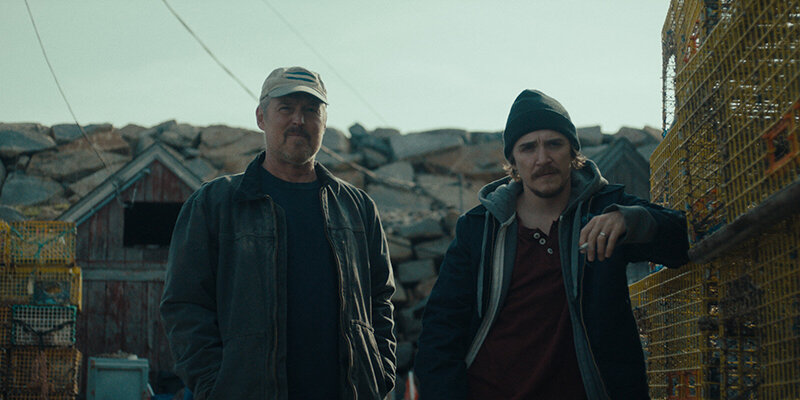 A feature directorial debut for Matthew Ya-Hsiung Balzer, The Catch receives its UK Premiere at Manchester Film Festival this weekend.

A young woman appears to be running away in the middle of the night. We don’t immediately know who she is or why she is running. But it’s clear she is troubled.

Soon we discover that Beth (Katia Winter) is returning to her family in coastal Maine – a family from whom she has been estranged for several years and who are not that happy to see her back. The reason for her return will be revealed later in the narrative, together with some elusive flashbacks as to how she may have found herself in such a situation.

But Beth seems to be escaping from one set of issues directly into another – her fisherman father (Bill Sage) is involved in fighting a corporate take-over of the local harbour, and her ex-boyfriend Dicky (James McMenamin) is mixed up with the town’s drug runners. As she becomes more entangled in events, Beth needs to choose between growing up and taking responsibility, or running away again.

The Catch is a film which contains some genuinely interesting reflections on economic decline in small towns, and the impact this can have on residents and those reliant upon local industry for their income. There are some wild and windy seascapes, but it’s clear this is not a maritime tourist resort.

It’s also a film in which a good chunk of story takes place at night. I’m not sure if it was the link I had, but there were large stretches where it was so dark on screen I couldn’t really see what was happening. And while some of that is obviously to heighten the tension at certain points, I’m sorry to say that I was left a little confused at times.

That aside, The Catch sits very neatly into the indie style of films which Manchester Film Festival often seems to go for – slices of real-life dramatized for cinema, glamour-free, with a side order of crime – or at least the threat of it – and some family trauma. It’s a solid feature debut from writer/director Matthew Ya-Hsiung Balzer, himself a New England native, and should provide a platform for future work.