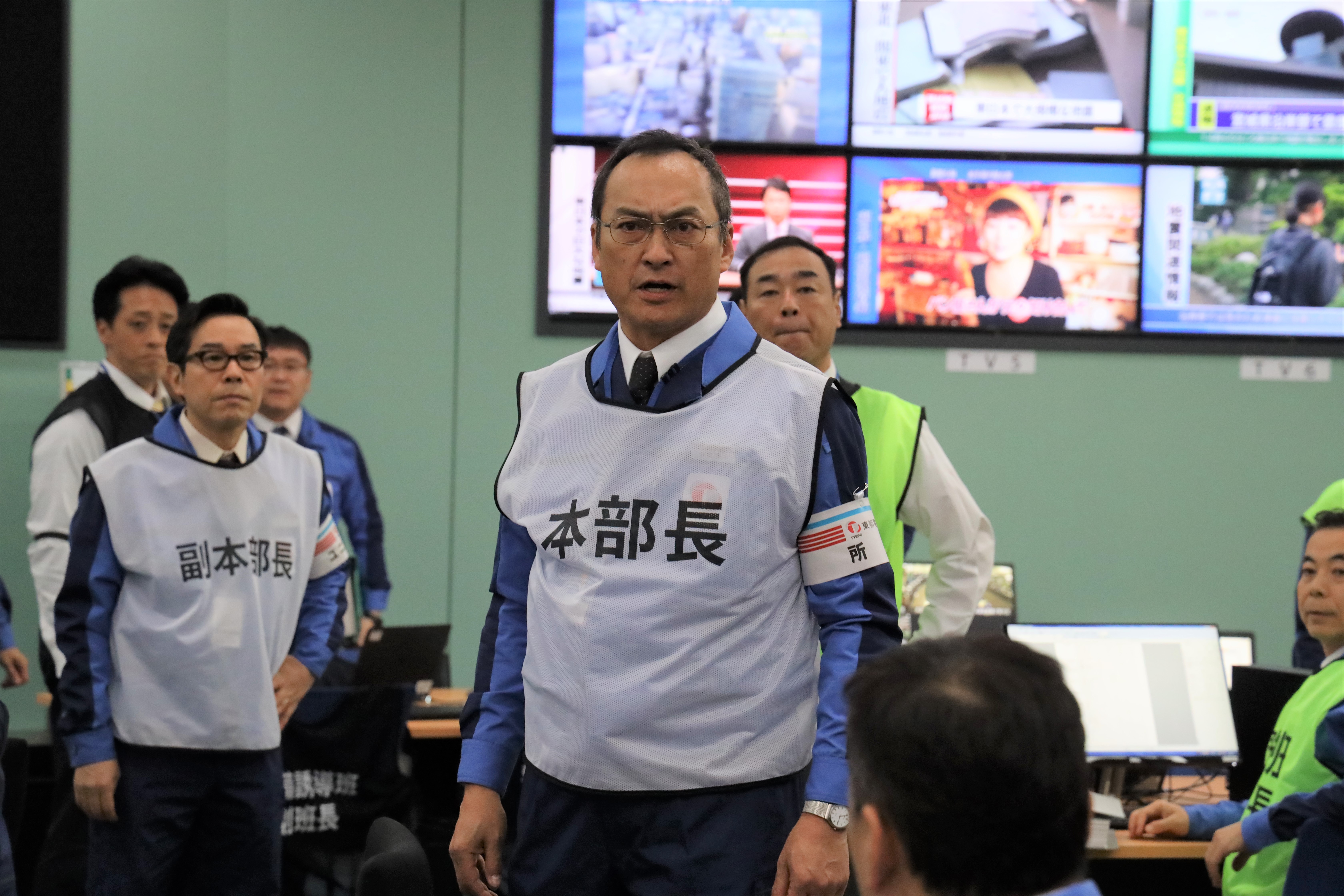 Fukushima 50 looks at the devastating nuclear reactor failure in Japan.

The publicity for this movie screams: “AFTER CHERNOBYL, COMES FUKUSHIMA 50!”.

And it’s very true that if you’ve seen the television series Chernobyl then comparisons will come to mind.

However Fukushima 50, directed by Setsurô Wakamatsu and with Ken Watanabe and Kôichi Satô in the main roles, manages to convey the horrific implications and effects of the failure of a nuclear power plant and still combine it with a blockbuster-style disaster movie, without trivialising the work on the ground undertaken by the eponymous Fukushima 50. In fact, the film even takes its time to point out the failures in response of both the government and the company men in suits, and compares them less than favourably with the low-key heroism of those on the ground at the time.

A quick reminder of recent history – in March 2011 a huge earthquake, followed less than an hour later by an enormous tsunami, caused catastrophic damage to the Fukushima nuclear power plant in Japan. Over the days to come, a group of engineers put their lives at risk to attempt to contain an event which would have had unprecedented implications for Japan – and indeed the world – had they failed. These men (it seems there were no female engineers) became known as the Fukushima 50 although the number was in fact greater than that.

Fukushima 50 takes us on a riveting and tense journey with the people on the ground, working against the odds to manually open valves, lower pressure, and prevent an actual meltdown in a situation that could literally explode at any moment. Meanwhile, the company suits and government ministers are clueless, barking out commands via video calls with no idea at all of what is happening in real time.

There’s a side thread involving some of the personal relationships at stake, as most of the men have families living nearby whom they can’t contact; those moments of quiet, solitary reflection and acceptance are extremely touching.

The coda is fitting if a little twee and may perhaps have benefitted from a different tone, but it’s perhaps the only part of the film which did not have me on the edge of my seat, and I truly gasped out loud on several occasions.

Oh, did I mention that this drama-filled, action-packed, emotion-wringing blockbuster film is in Japanese? Yes, reader, it has subtitles and let that not put you off. If this were an English language film it would be bound to have a much higher profile, particularly given the presence of Ken Watanabe, but there’s no reason for that to be a barrier. If you enjoyed the recent Greenland, then Fukushima 50 is definitely one to add to your list – and remember that events in the Gerard Butler film aren’t real (yet) whereas Japan almost came close to being wiped out ten years ago. Not by something external, but by the failing of humans to reckon with the true forces of nature.

Fukushima 50 will be released on digital platforms across the UK and Ireland from 8th March 2021 to coincide with the 10th anniversary of the Fukushima catastrophe.