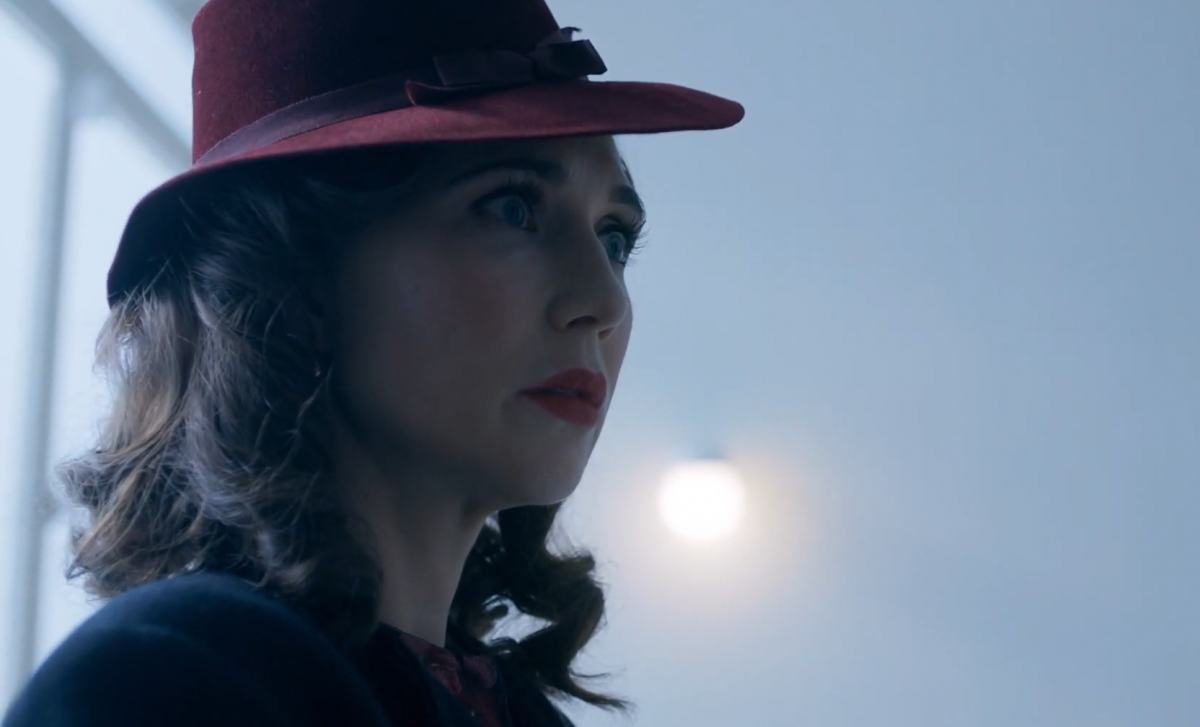 Adapted from Simon Mawer’s acclaimed novel The Glass Room, this Czech-produced film in the English language with an international cast is coldly beautiful – but has it chosen the wrong protagonist?

Czechoslovakia, early 1930s. Young, rich newlyweds Viktor (Claes Bang) and Liesel (Hanna Alström) commission leading German architect Rainer von Abt (Karel Roden) to design and build their new home. It is to be spacious and minimalist, made of concrete, steel and glass, embracing the nature which is surrounds them. It’s also modern and forward-looking, capturing the zeitgeist of the early 1930s and the wealthy Landauer couple.

Of course history tells us that their idealistic new life together is not going to last too long. For Viktor is a Jew, and his wealth and family connections will not help him when the Nazis come calling.

The Affair is adapted from the Man Booker Prize-nominated novel The Glass Room by British author Simon Mawer, and is a fictionalised account of a real house and its owners, inspired by events which occurred over several decades of Czech history.

The actual edifice, the Villa Tugendhat in Brno, Czech Republic, was designed and built in 1929-30 by Ludwig Mies van der Rohe at the request of Greta and Fritz Tugendhat. Czech director Julius Sevcík obtained permission to use the building itself (which is now a museum) as his set for a huge section of the film. Into this space he brings a host of internationally-acclaimed actors – Bang is Danish, Alström Swedish and Roden is Czech. Other key roles are played by the Dutch actor Carice van Houten, Roland Møller (another Dane) and Slovak Alexandra Borbély – and even though the film is a Czech production, it is made entirely in the English language.

On the one hand, the film explores the deep friendship between Liesel and her best friend Hana (van Houten) during a time of extraordinary oppression and violence. Both women are married to Jews, and soon become aware that life is becoming too dangerous for their families to remain where they are. The feelings that the women have for each other are complex. Their friendship is strong, but deeper feelings appear to be held, by one of the women more than the other, causing bumps in their relationship. As the Nazi grip on their city takes hold, the women are forced apart into very different lives, but never give up hope on reuniting.

On the other hand, the film is about a house. An exquisite, strikingly designed building ahead of its time, which seems to change its mood depending on the moment in history reflected. When the sun shines on the newlyweds and their beautiful family, the living space illuminates everything, light and air flood in and there is hope.  When the ravages of war hit, the cracked windows and grey concrete present a miserable, hopeless present, with no sense of happy future at all. The building is iconic and has its own troublesome journey through the years of war and rule of communism which followed, lending it almost a personality to itself.

Notwithstanding the technical achievement to shoot a film in a UNESCO World Cultural Heritage site without doing any damage to the building, and yet fully showing the ravages of war and Communism on the house, The Affair unfortunately falls between these two stools with regards to the balance of its narrative.

Events are almost seen through the ‘eyes’ of the house in the opening part of the film, with characters wafting around its space in beautiful garments, or keeping a watchful eye through the window on the children playing in the expansive garden outside. Then the focus semi-switches to what’s happening to Liesel, Hana and Viktor, but because viewers have only got to know them through their house, just the surface of their personalities had been scratched and they seem to be only the rich people in the lovely home rather than truly knowing enough about them to care.

And when a viewer becomes bored watching characters decide if they’re going to become intimate with each other while all the time they are in fear of their lives from Nazi troops or being spied upon by communist authorities, there’s something amiss. There is still, even in 2021, a valid reason why films continue to use World War II as a setting for stories; an audience should be made to remember the horrors of the Nazi regime, and not be idly wondering how the women managed to keep their hair so beautifully styled.

In fact, the later sections, in which we see the house experience its own turbulent make-over – losing its sheen and style as a result – were much more interesting. Should we be more engaged by the people or the house?

This reviewer is not convinced that the question has been deliberately posed, but rather the balance is not quite right. The Affair can’t seem to decide whether it is about the women or the house, and it needed to make up its mind – probably in favour of the house.

But one thing is for sure – when it’s possible to travel again, I am absolutely going to visit Villa Tugendhat and see it for myself.

The Affair is available on demand from March 5 2021