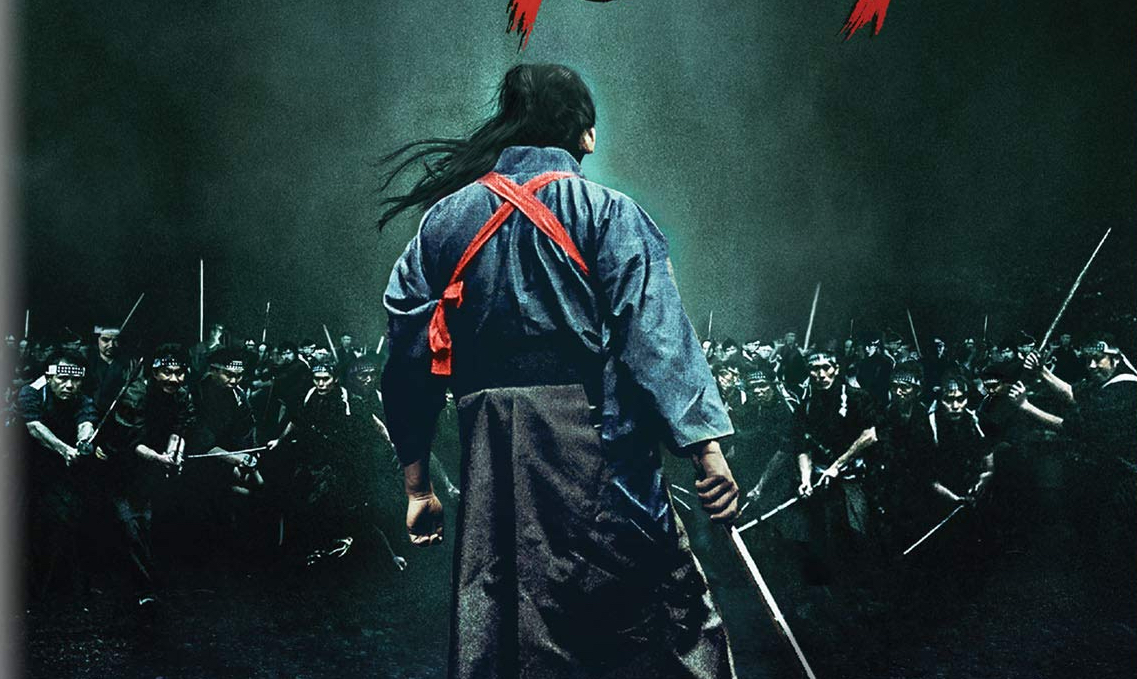 Yuji Shimomura follows up Re-Born with Crazy Samurai 400 To 1 a single-take wonder that’s both a straight-ahead actioner and a metatextual commentary on audiences, videogames, and the legends that are written.

Anyone who has grown up or studied Japanese culture has invariably heard of at least two Samurai legends; the 47 Ronin and Musashi Miyamoto vs the 400.  The 47 Ronin has been told so many times as a film but Musashi Miyamoto’s most infamous battle… not so many.  Here the legend is told as a single 77-minute take.  The film begins the legend is set up.  An angry lord who intends to fight Miyamoto has brought in 400 hired swords to ensure the infamous Ronin’s death.  Miyamoto (here played with steely gaze by Japanese superstar Tak Sakaguchi) beings his marathon of death fighting the hired hands.  Stopping for only moments of reprieve for hydration and to replace his sword, Miyamoto takes on the never-ending line of men with quick and assertive moves.

Shimomura’s mostly single-take film (the prologue is cut like a narrative film) is influenced by Videogames and Gaspar Noe’s filmography.  The camera almost constantly over the should of Miyamoto watches as the man takes out every low-level swordsman with ease.  Do not blink as you won’t find bodies piling up, it’s as though the gaming system purposely makes removes them from your sight to not distract from the action.

The filmmakers use the single take to throw an audience into the mindset of Miyamoto.  As an audience watches as the never-ending line of swordsmen are taken down by Miyamoto is a repetition of moves you begin to realize, not rationalize, the legendary swordsmen knowing he must conserve energy and is dispatching men as quickly and efficiently as possible.  The longer the take goes on the more an audience begins to see the audacity of the movie’s dare-to-be-great gambit.

Crazy Samurai 400 To 1 is the kind of movie that’s best with a few of your favorite libations and friends.  The later the view the better.  It’s the best sort of mid-night movie.  One where the rowdier the crowd the better it works.

Crazy Samurai 400 To 1 looks solid on Blu-Ray.  The film’s image in the prologue and epilogue are graded to look more filmic whereas the image once the 77-minute single takes begin the image leans into the Digital Photography of the piece.  The Prologue/Epilogue image is shallow focus with a sheen of digital grain added for effect, the result is beautiful.  The 77-minute take image is razor-sharp and clean in the way that digital photography can be, the result is a striking image where everything can be seen.  Well Go USA has done a marvelous job with what had to be a very tricky transfer to master.

Crazy Samurai 400 To 1 delivers an interesting experience, one that fans of Samurai Films will find fun. Recommended!