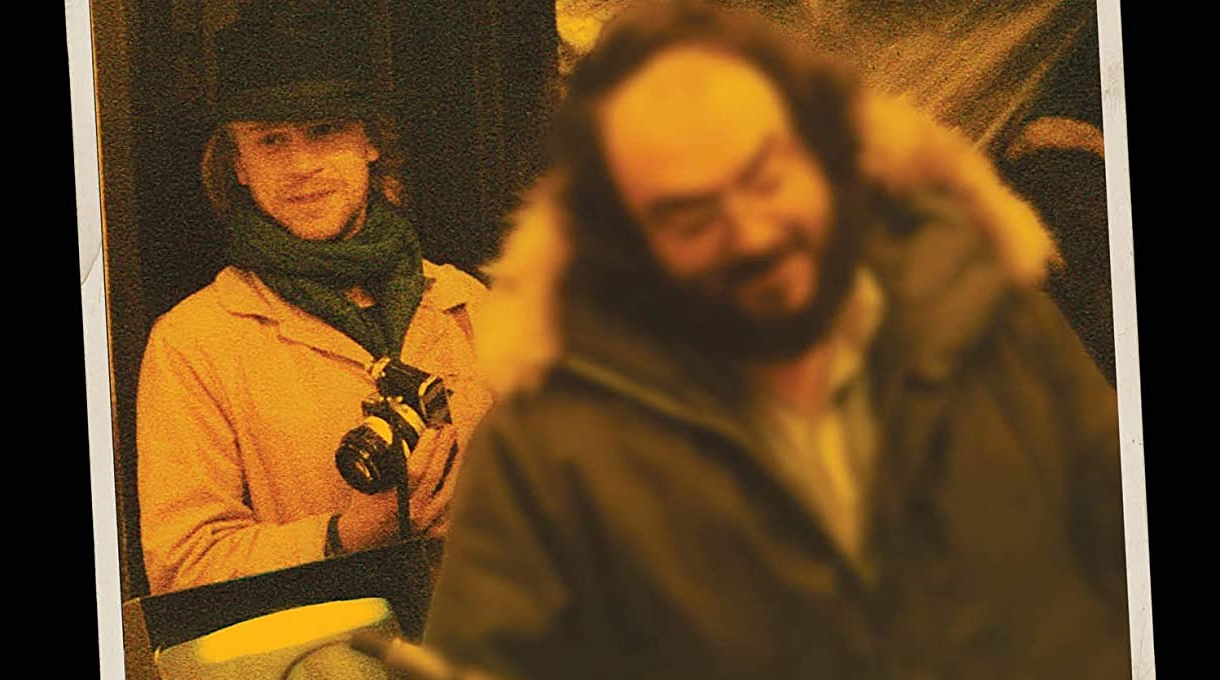 Filmworker shows us the man behind the greatness that is Stanley Kubrick; Leon Vitali.  Kino Lorber has brought this fascinating documentary to Blu-Ray.

There is no such thing as a single solitary genius.  Especially, in film.  Stanley Kubrick may have had a singular Vision but many people helped him accomplish said visions.  Filmworker details one of those many; Leon Vitali, who was Kubrick’s right hand and, in some cases, right and left hand.

Beginning from a theater-trained actor to obsessive-minded jack-of-all-trades Leon Vitali since Barry Lyndon worked with Stanley Kubrick.  Charting not only the projects he helped Kubrick but Vitali’s struggles to ensure that Kubrick’s meticulous attention to detail was served.  Vitali is a fascinating subject who charts his own life with the director with wit and enthusiasm.

Filmworker does something rarely glimpsed at, but much talked about by pundits; a pragmatic look at the mind of Stanley Kubrick and how the director operated at a ground level.  Vitali, and the filmmakers, throw out the mystic and hubris of the rumor and hearsay.  Backed by people like Ryan O’Neal, Matthew Modine, and others Vitali gives us a picture of a soft-spoken man who was a master chess player both on the board and in filmmaking.  One that loved animals eclipsed humans.  Someone who could be tyrannical as much as he could be a delight.

It isn’t any wonder that the Kubrick Estate or Family did not participate in this film as their much-needed mysterious paternal figurehead is given a bit more of a shape.  Filmworker also celebrates Vitali to ensure his place in the heavy-lifting business of making a film.  The most joyous aspect of Filmworker is that it makes clear that Filmmaking isn’t a singular enterprise but takes the dedication and sacrifices of hundreds and even thousands of people.

Kino Lorber’s transfer for the documentary is nothing short of fantastic, which is good considering how much Filmworker does discuss Kubrick’s fight to ensure his films looked perfect.  The documentary mixes various types of media from 8mm to 16mm to 35mm to Network News footage to still photos.  What could be a very trick transfer is beautifully rendered here. The image is handsome, sharp, and colorful.

Q&A with Leon Vitali and Director Tony Zierra (11:00) – a post-screening Q&A as they discuss the film and the creation of it. Details include the negative press, the balance in the film that strikes between Kubrick’s good side and bad side, how Zierra was working on another Kubrick documentary and how it evolved into a documentary about Vitali, getting the rare footage of Kubrick, and more.  The audio isn’t the best as it was recorded in a theater after a screening.

Rounding out the special features are trailers for Filmworker (2:27), and The Kid Stays in the Picture (1:39)

Filmworker is a great documentary about working for someone labeled as a Genius.  Highest possible recommendations!!!!

Kino Lorber’s Blu-Ray edition of Filmworker is out now.