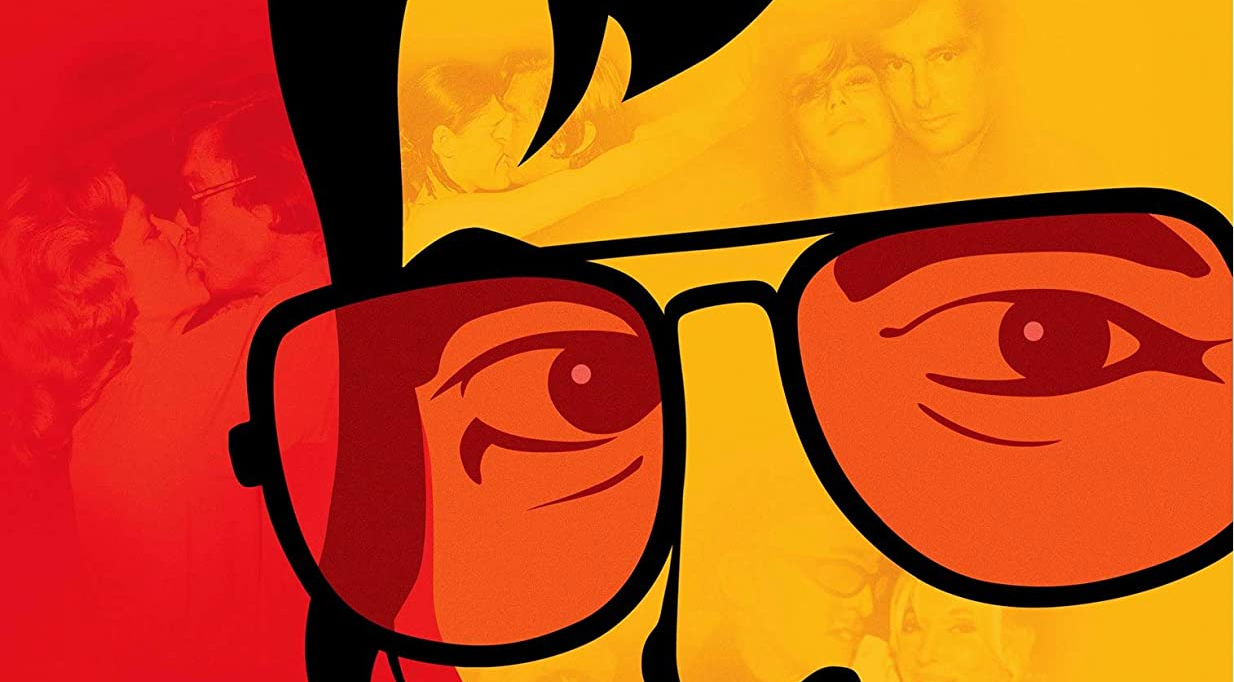 The Kid Stays in the Picture the documentary about the larger-than-life Producer (and often lampooned by comedians) Robert Evans makes its Blu-Ray debut thanks to Kino Lorber bringing all bells and whistles to the film’s Hi-Def Debut.

There could have been no other way to make a film about Mega-Producer and Studio Head of Paramount Robert Evans.  You could have made a Bio-Pic, but you would have lost the grandiose nature of Robert Evans.  The natural solution was to make a documentary based on the highly entertaining autobiography The Kid Stays in the Picture.

Directors Brett Morgan and Nanette Burstein adroitly make a Documentary Bio-Pic where Evans narrates his entire life.  Using photos, newsreels, film footage, TV Broadcasts, and more to make a collage of the man’s life.  Going from Businessman to Actor to Producer to Studio Head to Hollywood Pariah to like a Phoenix his resurrection.  They’ve created the great Hollywood story that Evans produced… his life.

The Kid Stays in the Picture of course is not just about Evans’ life but the films he produces.  Rosemary’s Baby, Love Story, Medium Cool, The Godfather, Chinatown, Cotton Club are all discussed in detail and with some great footage and photographs of the film.  At 94 minutes the way they are able to compact all the history, myth, legend, and fact into the film of both life and film in Evans life is a testament of both the directors and ace editor Jun Diaz.

What separates The Kid Stays in the Picture from other later documentaries of similar ilk is the enthusiasm and sense of discovery directors Morgan and Burstein have imbued in the film.  Much like Evans himself, the film is never null and always entertaining and fascinating.

Kino Lorber’s transfer for the documentary is nothing short of fantastic.  The documentary mixes various types of media from 8mm to 16mm to 35mm to Network News footage to still photos.  What could be a very trick transfer is beautifully rendered here. The image is handsome, sharp, and colorful.

The archival commentary by directors Morgan and Burstein is still a great one.  The most inventive part of the commentary is they divide it into two halves.  The first part is Morgan talking.  The second part is Burstein talking.  The details that are discussed in the commentary include how the project came together based off the autobiography of the same name, how this film’s style literally changed the way that documentaries were created, how they approached the film making it entertaining and educational at the same time and the balance, the debunking that documentaries are not ‘entertaining’, their inspiration from Errol Morris, what they removed and kept to make a coherent narrative, the use of AfterEffects and photo animation, the work to get all the releases for actors and others to get their okay to use their likeness, how the film was created with a theatrical experience in mind, a great wealth of The Godfather footage, how Evans stroke in 1996 made certain moments recording his voice over including the infamous stories for The Godfather, Ali McGraw and the affair with Steven McQueen informed on how this informed the structure of the film, how McGraw was the only wife mentioned (though Evans had four), the various movies that were not discussed that he produced, the importance of Chinatown, the failures of Robert Evans in film, Evans almost obsessive nature in making sure that his life was very well documented, the fight with Evans regarding the darker aspects of the later parts of his life, the Lothario aspect of Evan’s life detailed, the negotiation that went into getting Evans to record his narration regarding the murder case the media embroiled him in, what it took to shoot in 35mm, and much more.  Both Morgan and Burstein contribute a lively, intelligent, and impassioned commentary about the picture and Documentaries as a whole.

The Truth About Bob: The Film That Saved Hollywood (7:44) – The fully Filmed version of the Mike Nichols directed Robert Evans talking to the board members of Paramount.  Each time the film cuts away from the footage with Robert Evans speaking about each of the films.

The Truth About Bob: On The Red Carpet (1:12) – a clip of Evans at the premiere of The Kid Stays in the Picture.

The Truth About Bob: Up Close With The Kid (5:12) – an ABC News Clip with Robert Evans.  The interview was about after The Kid Stays in the Picture released at the time of the film.

The Truth About Bob: The Spirit of Life Award (15:18) – The Award show clip.  The award is presented by Larry King.  Evans makes a speech that only Robert Evans could make.

The Truth According to Others: Showgirls on Evans (1:26) – An extended clip of the “Showgirls” (seen briefly in the film) talking about Robert Evans and sharing stories about him.

The Truth According to Others: The Evans Gag Reel (8:39) – Filmed during the time they were in production of Marathon Man has Hoffman and Roy Schider all doing impersonation of Evans.  Of course, Hoffman’s impersonation is the best.  A clip of this was included at the end of the film.

The Truth According to Others: On the Red Carpet (11:08) – clips of subjects of the documentary like Peter Bart, Josh Evans (Evans’ Son), Leeza Gibbons, Arthur Hiller, Larry King, Matthew McConaughey, Jack Valentti, Robert Wuhl, and others discuss the man during various Red Carpet events during the release of the film.

The Kid Stays in the Picture is one of the best Hollywood Documentaries ever made and KL Studio Classics has done right by the film with a great transfer and bountiful extras.  Highest Possible Recommendations!!!