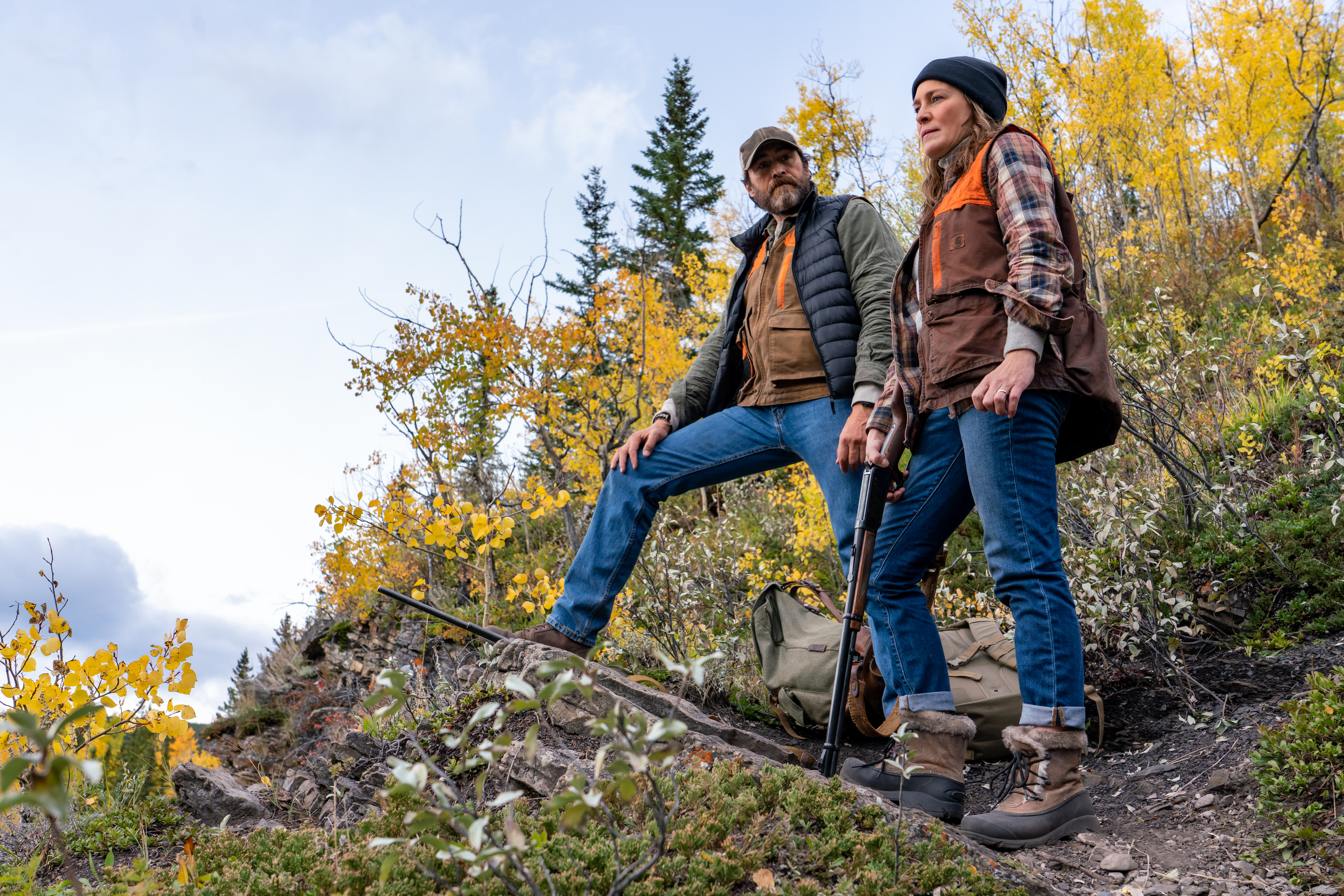 Grief and coming to terms with an unmeasurable loss are quietly powerful in Robin Wright’s directorial debut Land.

Can one overcome immeasurable tragedy on one’s own?  That is the question at the heart of star Robin Wright’s directorial debut the quiet and lovely Land.

Adventure in the Jack London sense of the world does not have to be about quests or shooting people or animals.  Adventure can be a deeply personal one of self-discovery in the wild.  A journey filled with as much pain as there is stirring beauty of the vast wild.  Director Wright has created a soulful adventure into the wild to correct what was loss and find something anew.

What begins as a fleeting idea for Edee (Wright) in her therapist’s office turns out to be so much more.  Edee as the cliché goes sells off everything for the great wide expanse.  This quickly turns dangerous as the ill-equipped woman finds herself without food or the ability to make fire.  In the middle of the mountains with no means of communication.  It is only by chance Miguel (Demián Bichir) finds her and with the aid of a Nurse he is hiking with is saved.  As Edee begins to heal, from more than just her physical, she begins to learn from Miguel how to hunt and survive in the rough terrain.

Land is a film of quiet power.  Wright has found material that isn’t just a perfect fit for her and her specific talents but one of majesty and the vast power of nature. As a director she is a powerful visualist with the intelligence and knowledge of knowing when to stay still. Stillness is something rare nowadays in films and Land makes an art of it.

Not just adept at the visuals, Wright as a director of actors manages to coax not only a great performance out of herself but one from Bichir.  Bichir has always been a great actor of uncommon wealth of emotion and range. Here as Miguel he is the perfect complement to Wright as Edee. This is not a romance, thankfully it is something more… friendship and mutual respect.  How it evolves and how they help one another in unexpected ways is the heart of the film.

The film finds ways to show us their friendship and bond.  The scenes between Wright and Bichir as time passes are ones of quiet intelligence and emotion.  There are moments shared between friends like singing a song or a confession of not speaking a word aloud for a week.  More glances and reactions than actual words.  Ones that are ever so gently stirred in the final moments of the film.

Land is a delicate work of art by a star/director at the top of her craft.  One that understands the power of silence and the healing bonds of friendship and nature.