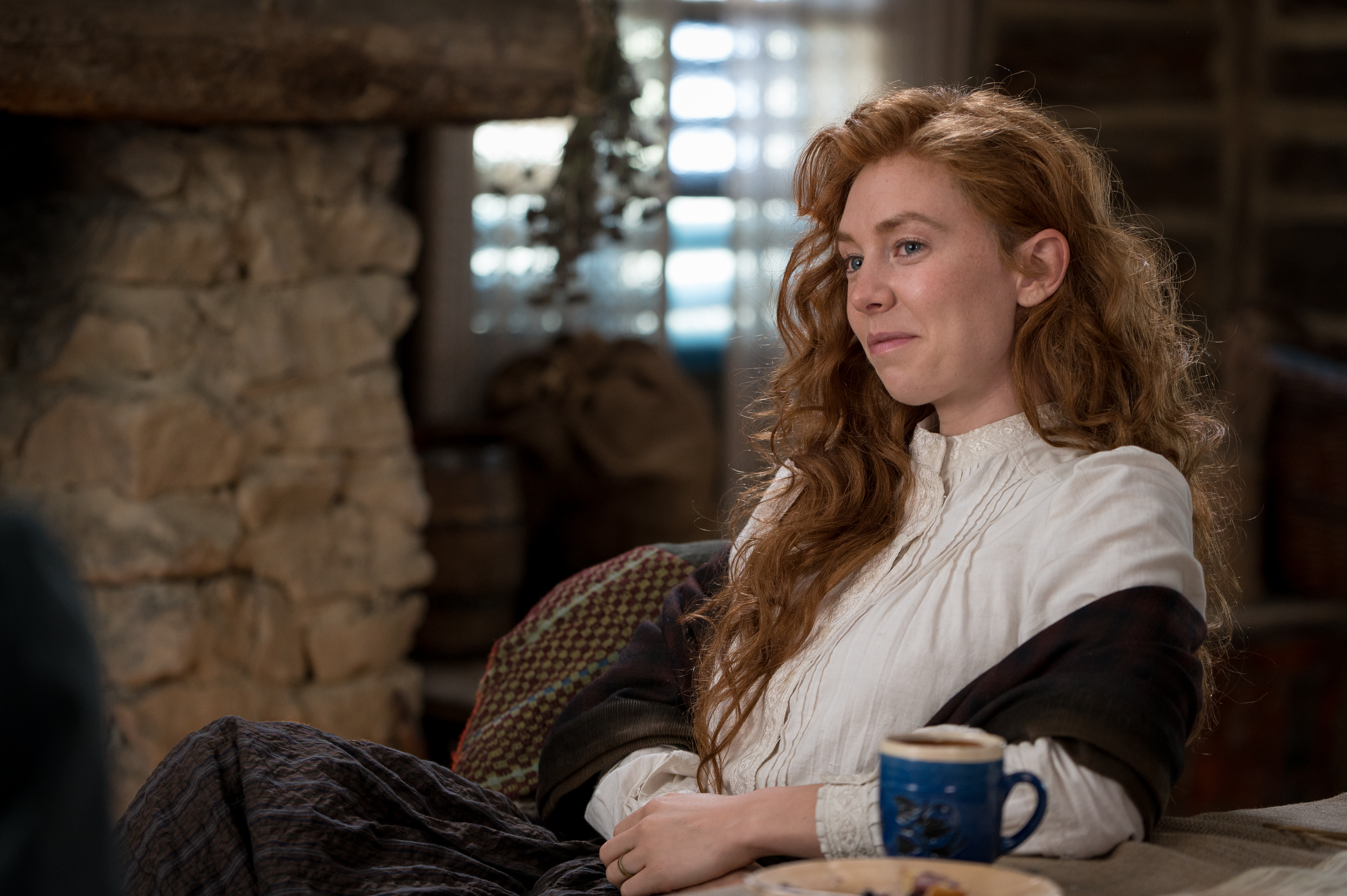 The World to Come finds beautiful cinematography, and a stellar Vanessa Kirby performance but little else to stoke the fires of this Romance.

This reviewer is not prone to comparison but The World to Come feels like it stands on the shoulders of Portrait of a Lady on Fire.  One would hope for the evocative style of romance from the latter but unfortunately comes up short.

Abigail (Katherine Waterston) is in the throes of a depression after the loss of her daughter to the hard winters of the East Coast in the mid-1800s.  Her husband Dyer (Casey Affleck), a simple farmer, is ill-equipped to handle the grief that Abigail suffers through.  It is upon the arrival of Tally (Kirby) and Finney (Christopher Abbot) that Abigail begins to heal.  The comfort of Tally is more than just companionship and kinship.  A budding romance begins between the two women in this unforgiving landscape.

Kirby’s performance as Tally is the showstopper here.  The performer’s ability to speak without a word to be spoken is astounding.  Much of Kirby’s performance is internalized in the way that the movie approaches its story.  Which does not do any service to Kirby’s performance or any of the film for that matter.  Regardless of that setback the actor’s work is stunning.  The way that Kirby is able to move the character from curiosity, to engagement, to passion, to battered, and finally desolate resignation is beautiful and sad in a very real and powerful way.

It is unfortunate that everything else in The World to Come is marred by a script that feel stale and under-realized.  Waterston, Affleck, and Abbot appear to be in a different move that Kirby, each with performances that feel dulled that never come into focus.  Waterston’s narration in the piece though ornately beautiful leads to nowhere and hinders all the performances.  One would have wished that the narration of things that were logged into an entry book was traded for thoughtful observation.

Working with cinematographer Andre Chemetoff and production designer Jean-Vincet Puzos, Director Mona Fastvold creates a beautifully realized world of harsh conditions and environments of winter that slowly change to the bloom of spring and summer.  Fastvold’s world building and acute awareness of performance is hampered by the script by Ron Hansen and Jim Shepard based on Shepard’s short story.

At the end of The World to Come it is the script’s construction and focus hobble what would have been a stirring drama.  Though Vanessa Kirby’s exceptional performance and director Fastvold’s beautiful direction are of note.  One can hope the two will find another project soon.

The World to Come is part of 2021 Sundance Film Festival’s Spotlight Program and will be released in theatres on 12th February 2021, and on digital on 2nd March 2021.