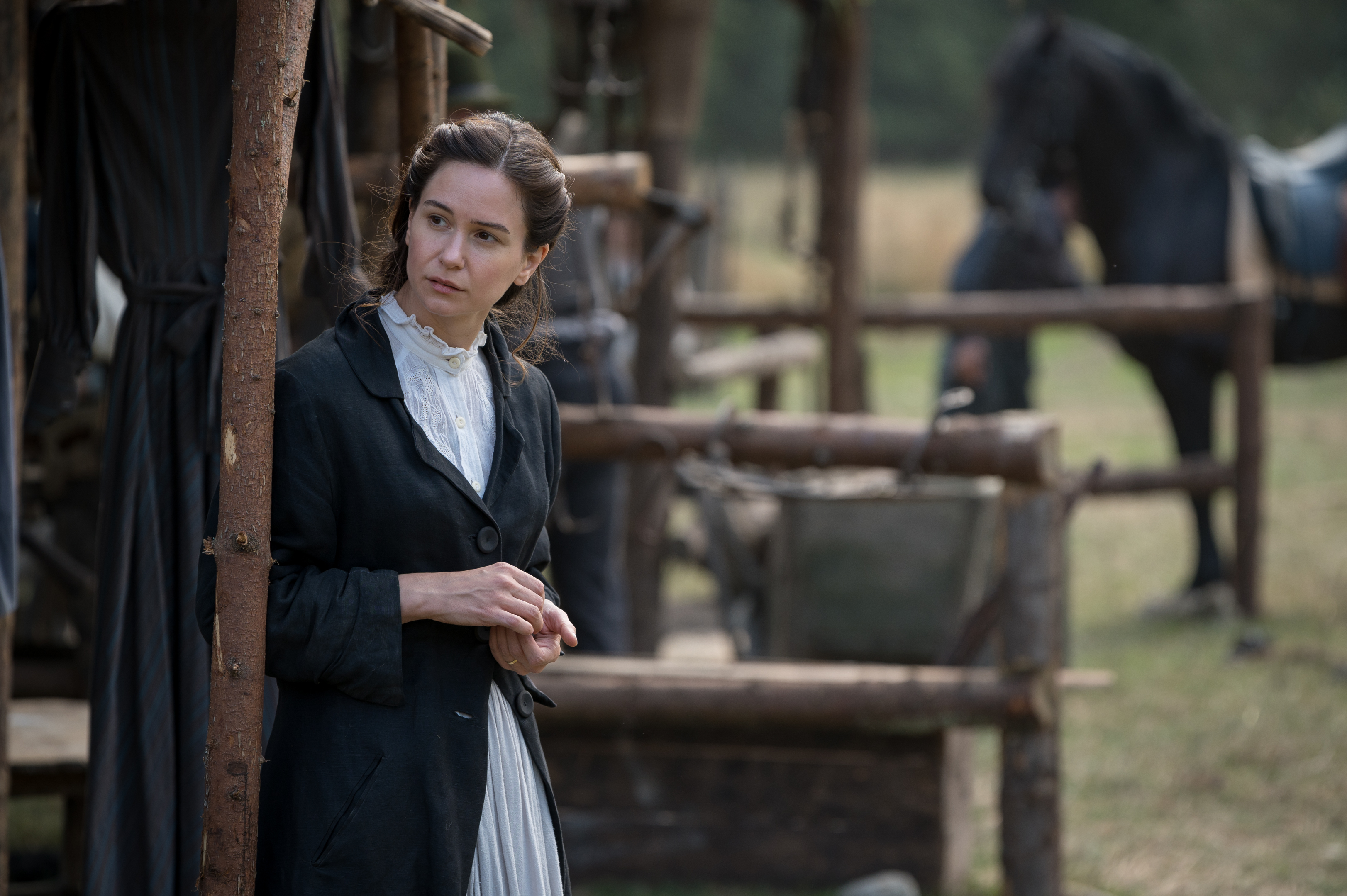 Grief and isolation in a snowy winter melt into deep human connection when the lives of two women intersect in mid-19th century North America.

The shy, introverted Abigail is grieving wearily for her five-year-old daughter who died just months earlier. Her husband Dyer (Casey Affleck) is also struggling with the loss, and their relationship is strained with neither expressing much emotion about anything. They are both brittle shells of people, dragging themselves through the farmyard tasks which have to be done to survive, but with no joy in any of it.

When Tallie and her husband Finney (Christopher Abbott) rent the neighbouring property, the women quickly become friends. Tallie’s confidence is a marked contract to Abigail, but behind the scenes her marriage is also flawed. Over the weeks she and Abigail begin to enjoy the warmth of each other’s friendship in an otherwise isolated environment, and spend lots of time together to the chagrin of their husbands.

Against the backdrop of changing seasons and a stunning landscape (with the European country of Romania sitting in for presumably upstate New York), the friendship develops into something deeper, bringing joy and unhappiness in equal measure.

Unlike two other recent films which also feature white women in long skirts who fall in love with each other, The World to Come steers clear of too many explicit scenes for the most part, concertina-ing those golden-hued moments into a short memory towards the end. By doing so, Mona Fastvold cleverly allows the audience to focus on the strength of the story – which is the depth of friendship and companionship that the women both feel and need. Truth be told, the more intimate scenes aren’t really necessary, as the performances of both Katherine Waterston and Vanessa Kirby convey exactly what the audience needs to know without even a button being undone.

The World to Come is based on short story by Jim Shepherd, who also co-wrote the screenplay. In the absence of anyone with whom Abigail can converse to share her inner thoughts, the choice has been made to deliver the information via an emotionless voiceover from Abigail. It does enlighten the viewer – and yet it also has the effect of reinforcing the story’s literary origins and slowing down the pace somewhat. However, the use of music is a definite strength. Missing almost completely from the opening third, the music begins to edge its way into things in a very eerie way. It underpins the soundtrack to a vicious storm before eventually blossoming into beautiful cadence as secret desires are realised.

The World to Come is a lovely story of friendship and deep connection without being remotely titillating, which does benefit from a couple of strong central performances.

The World to Come is part of 2021 Sundance Film Festival’s Spotlight Program and will be released in theatres on 12th February 2021, and on digital on 2nd March 2021.