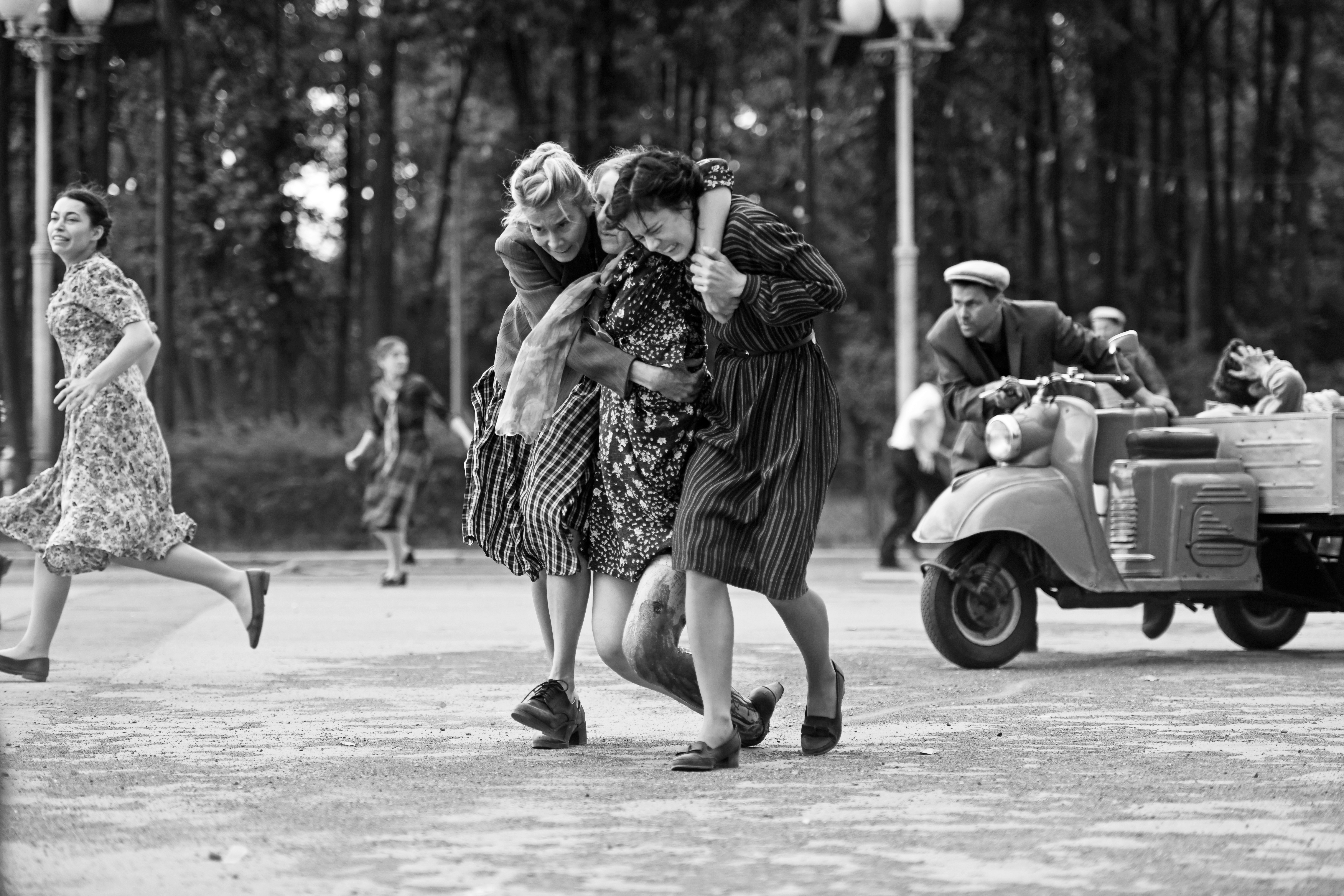 “What am I supposed to believe in if not communism?” Idealism and family take centre stage in this film, based on real events which took place in a small town in the Soviet Union in 1962. Recreating the feel of contemporary films, Andrei Konchalovsky seeks closure for those involved in violent events.

Andrei Konchalovsky has had a career as a writer and director that could easily be described as eclectic. Having worked with Andrei Tarkovsky on Ivan’s Childhood and Andrei Rublev in the 1960s, he then had a stint in the 1980s directing Hollywood action movies including Tango & Cash and Runaway Train before turning back to Russian-based dramas which often use a non-professional cast to portray real events or to capture everyday life as closely as possible; Dear Comrades! – based on true events – is just that.

In 1962, the communist government in the Soviet Union raised food prices, and while the party faithful held the line that this would all work out fine in the long run, workers in the small town of Novocherkassk were less than optimistic about the effects this would have on their lives. They went on strike, with their rebellion attracting the attention of the government and military. A massacre took place in the town which was then hushed up for thirty years until the Chief Military Prosecutor’s office dispatched an investigator to clarify the reasons for the events and to locate the remains of those who had been killed and hastily buried in secret at the time.

The events of the two days in June 1962 are seen through the eyes of Lyuda (Julia Vysotskaya), a loyal party member who believes strongly in communist ideals, but who finds them challenged to the core following events in Novocherkassk. She shares her apartment with her elderly father (non-professional actor Sergei Erlish) – a man who has clearly experienced several periods of political turmoil since the beginning of the century – and her daughter Svetka (Yuliya Burova) who works at the factory where the strike begins.

Vysotskaya gives an impeccable performance as Lyuda. A woman confident in her political affiliations and her place in the party, she suddenly feels her whole world collapsing around her as she grasps that by supporting the military (or is it KGB?) action against the strikers, she may be the reason that her daughter is missing after the massacre. The gradual realisation of the consequences of her standpoint is drawn exquisitely by her performance, as her priorities suddenly shift.

Konchalovsky has created the feel of 1960s Soviet film to tell his story by filming in black and white, and employing 4:3 aspect ratio which was usual for films made at the time. He was also aided by having Yuri Bagrayev, the actual 1992 investigator, serving as an adviser to the story. Combined with the set creation and location choices, it certainly captures the look of original Soviet films of the era.

Dear Comrades! is satirical in a pointed but understated way; its story deals with wider political and idealistic thinking and dramatic events by focusing on just one person’s experience over a very short period of time and it works exceedingly well. So well in fact that it has been selected as Russia’s official submission for the ‘Best International Feature Film’ category of the 93rd Academy Awards in 2021.

DEAR COMRADES! is available in virtual cinemas, on demand, and on Hulu.