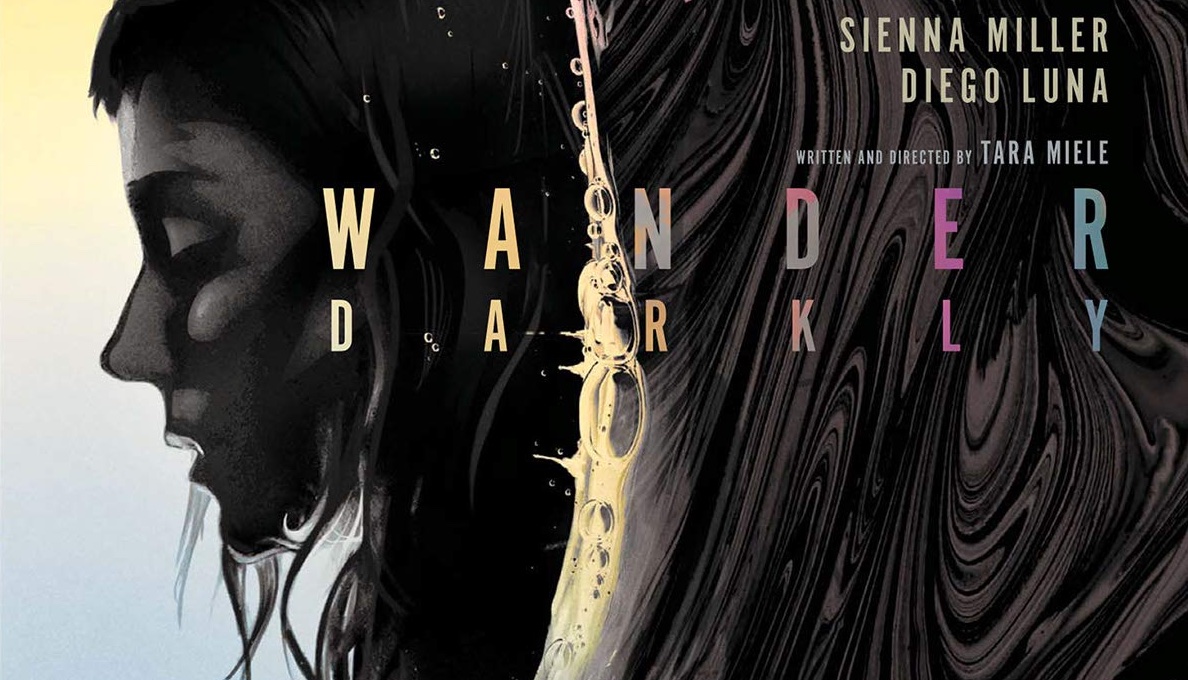 Tara Miele’s Wander Darkly makes its Blu-Ray Debut.  Featuring strong performances by both Sienna Miller and Diego Luna this is one not to be missed.

Writer/Director Tara Miele’s Wander Darkly is a metaphysical love story.  One that is both about life and death and everything in between.  Much of the film centers around the mystery if Adrienne (Miller) and Matteo (Luna) are really alive.  Each challenges the other after a tragedy befalls them, pushing one another to see life in a new way.  The couple with their newborn shift through times and realities to face the hard facts and warm memories of their life together.

Wander Darkly is able to fracture time and replay scenes to great effect that makes the film not feel like a science fiction concept but rather an emotional journey.  Miller continues to show how good she is and how much range she truly has a performer.  The film and its bigger concepts rely on her shoulders and the actor makes them work.  Diego Luna does wonderful work in aid of Miller’s truly difficult work on screen.

Miele manages to make not only a love story but a love letter to Los Angeles.  Shot in and around the various parts of the city not normally shot.  Miele and cinematographer Carolina Costa give the city an ethereal quality few filmmakers impose on the city to wonderful effect.  Wander Darkly is the kind of love story that people will find beauty in its moroseness because of how effective the lead actors are.

As mentioned in the review Miele’s film is an ode to Los Angeles and is varied landscapes.  The Blu-Ray by Lionsgate wonderfully reproduces cinematographer Carolina Costa luminous imagery.  The film shot on an Arri Alexa Mini (if imdb is accurate) transfers to Blu-Ray wonderfully.  The image is beautiful and sharp.

The commentary by writer/director Tara Miele is a personal conversation about this deeply personal film.  Miele manages to perfectly blend technical details from production and the personal incidents that shaped the film.  Details include Sienna Miller’s work which was done during a 24-day shooting schedule, the way she approached shooting of the film, the creation of the car crash, and working with Stunts, VFX, Camera, and others in making this harrowing moment, the first day – they shot in a morgue, how this film was shaped from a real-life incident from Miele’s life, the beautiful transition shots, breastfeeding on screen (which is something oddly not seen often onscreen), how they were got the dolphin footage, the production design, filming at LACMA, shooting the Day of the Dead scenes, and more.

Narrative Therapy: Remembering Wander Darkly (15:45) – is a making-of featurette with comments by Writer/Director Miele, Producers Lynette Howell Taylor, Shivani Rawat, Samantha Housman, Stars Sienna Miller, Diego Luna on the making of the film and the importance of making sure this was a mostly female behind the scenes crew.

Lionsgate’s Blu-Ray of Wander Darkly is out Tuesday, February 9th