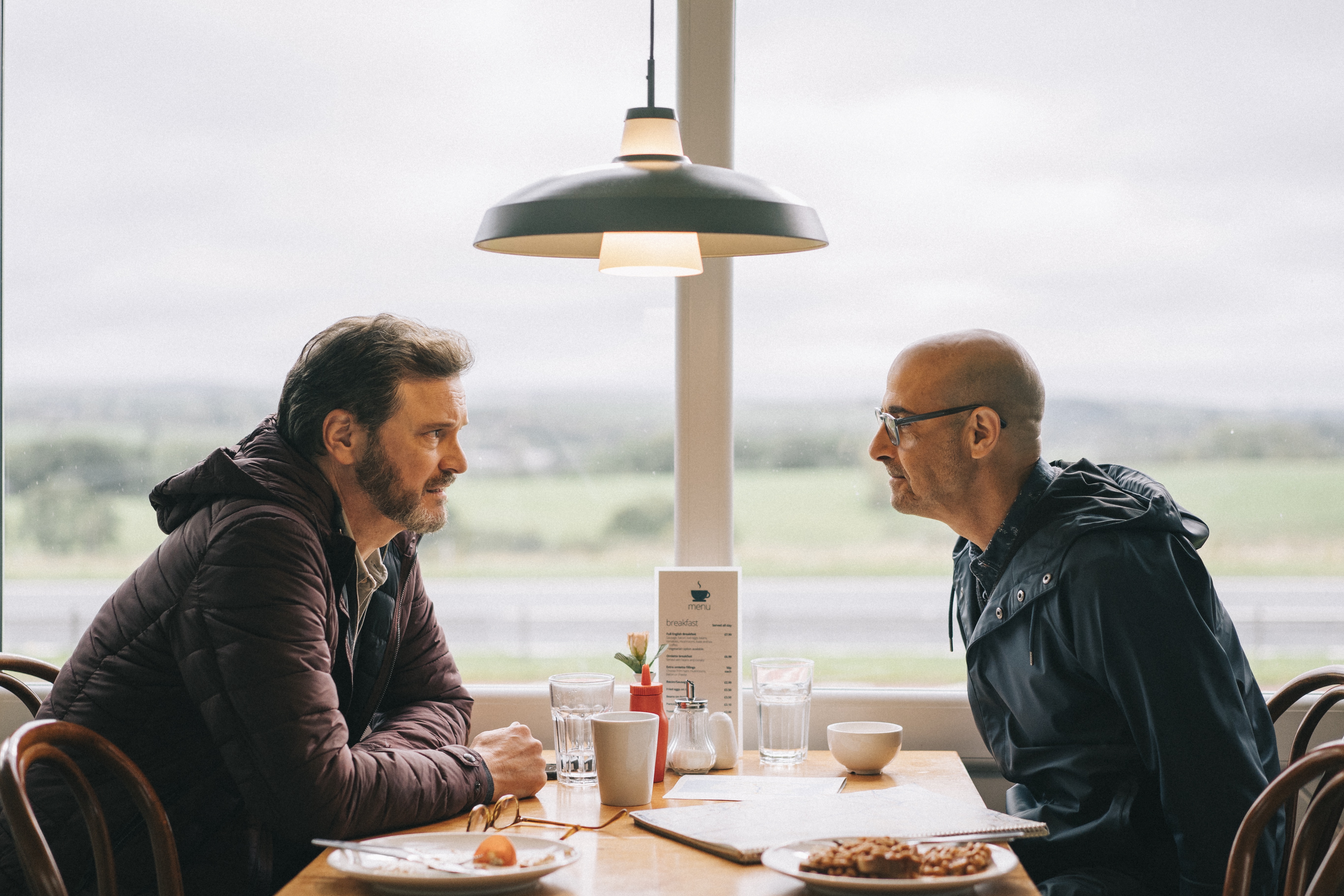 We never speak our fears aloud.  Many think to speak one’s fears is to push them into existence.  My biggest fear is losing my mental facilities or worst having to watch my wife lose hers as I remain cognizant.  It is something that infects my thoughts that I cannot shake.  The thought of the loss of my rich interior life as it slowly fades into a grey fog is as bleak as any degenerative health condition.  Or the converse, being helpless as my wife, slowly fades away from the life she has built.

Those fears along with the beauty of life in all its humor, messiness, love, and compassion are wonderfully on display in Supernova.  Anchored by superlative performances by Stanley Tucci and Colin Firth the film, written and directed by Harry McQueen is as much a romance as it is about letting go.

Sam (Firth) and Tusker (Tucci) have brought out the old RV for one last vacation.  The reason for the long-discussed but never acted on vacation is Tusker has been diagnosed with early-onset dementia.  Their trip entails visiting friends, and a concert performance by Sam.  Doing it now rather than later as Tusker has hinted his condition is worsening.  As the trip goes on Sam begins to realize there is more to this trip than Tusker has let on.

Writer/Director Harry McQueen has made a film of uncommon grace and delicacy of emotion.  A film in which histrionics do not play out as some sort of dramaturgy.  The film of intelligence and heart sees these couple on the surface remaining calm but underneath that veneer a well of love and passion.  There is a beautiful restrain through the entire film within the visuals and storytelling that creates a verisimilitude that can be hard to achieve in these types of films where arched over-the-top performances are the norm.

McQueen’s work is almost overshadowed by the work of Stanley Tucci and Colin Firth.  There is a comfort to their performances.  A comfort that comes from years of being with someone is perfectly portrayed here on screen by the duo.  They are able to nail that knowing between Sam and Tusker like we are watching a couple that has been together for decades.  The actors create inner lives for each of their characters that pay off in unexpected humor, understanding, and devastating emotional moments throughout the film.

Tucci has always been the gold-standard of acting.  Here he shows why playing Tusker’s insular nature in a way that beautifully translates on screen.  There is never a moment that you do not understand what Tusker is going through and where he is headed.  Firth an actor who had been known for playing specific literary characters has always been at heart a damn fine character actor. As Sam, he is the broken-hearted soul of the piece.  There are moments in the last third that are some of Firth’s best work to date.

Supernova is a quietly devastating movie that will have you uplifted by the love story at its center.