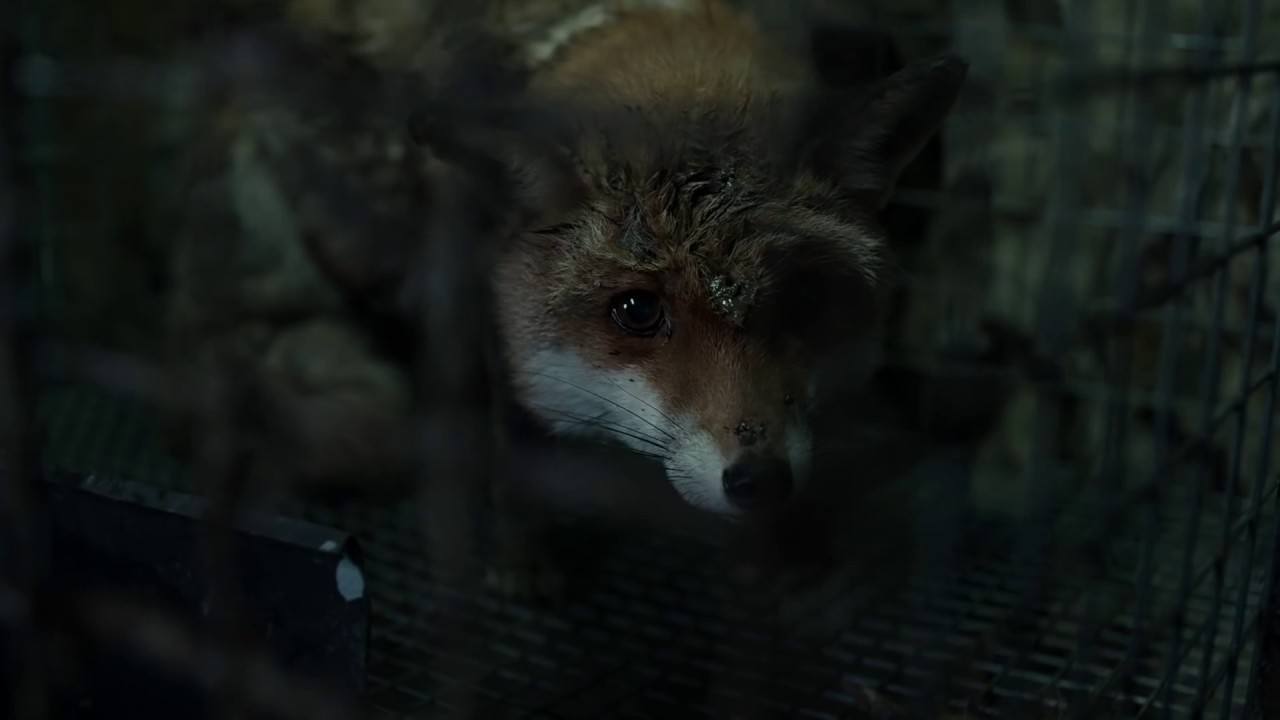 Director Agnieszka Holland’s 2017 film Spoor, a female character study with a difference, is coming to VOD. Marie thinks you should make time for it.

Duszejko (Agnieszka Mandat) is semi-retired, living a quiet life in the Polish countryside. A little eccentric, she has complex relationships with neighbours and acquaintances but she’s charismatic and a definite animal and nature lover.

Shortly after both of her dogs mysteriously disappear, one of her neighbours is found dead in the snow, followed by the deaths of other local dignitaries and hunters from the community. With an abundance of wild animals in the surrounding countryside, it’s beginning to look like nature is taking revenge on the people who are abusing her.

What starts as seemingly a portrait of a woman choosing to live a quiet retirement in the middle of nowhere to commune with nature soon turns into a bit of a mystery story, as Duszejko tries to offer the local police department her advice on what might have happened.

Director Agnieszka Holland, who also has two other films currently in circulation – Mr. Jones and Oscar contender Charlatan – has co-written the screenplay with Olga Tokarczuk, on whose original novel the film is based. The central character Duszejko (her first name is Janina, but she hates people using it) and Mandat’s performance, are what drive the success of this slightly over-long film. She’s introduced as perhaps a little eccentric, insular and curmudgeonly, but as the audience gets to know her better we understand her moral convictions and motivations, her capacity for deeper emotion and companionship, and her support for the women in the community who are victims of the men around them.

In other words, she is not as she seems, and neither is the film. In fact, it’s tricky to put into words exactly what Spooris – it definitely takes a swipe at a number of things happening in small-town Poland, including organised crime, corrupt public servants, misogyny and domestic abuse, hunting, religious hypocrisy, and discrimination against people with disability. At the same time it’s about none of those things, and divulging any more would only spoil the experience for viewers.

Apart from an unnecessary coda, Spoor is an intriguing character study which delivers a lot more than it appears to promise, and anything with Agnieszka Holland attached to it is usually worth the time investment.

Spoor is available on VOD from 22 January