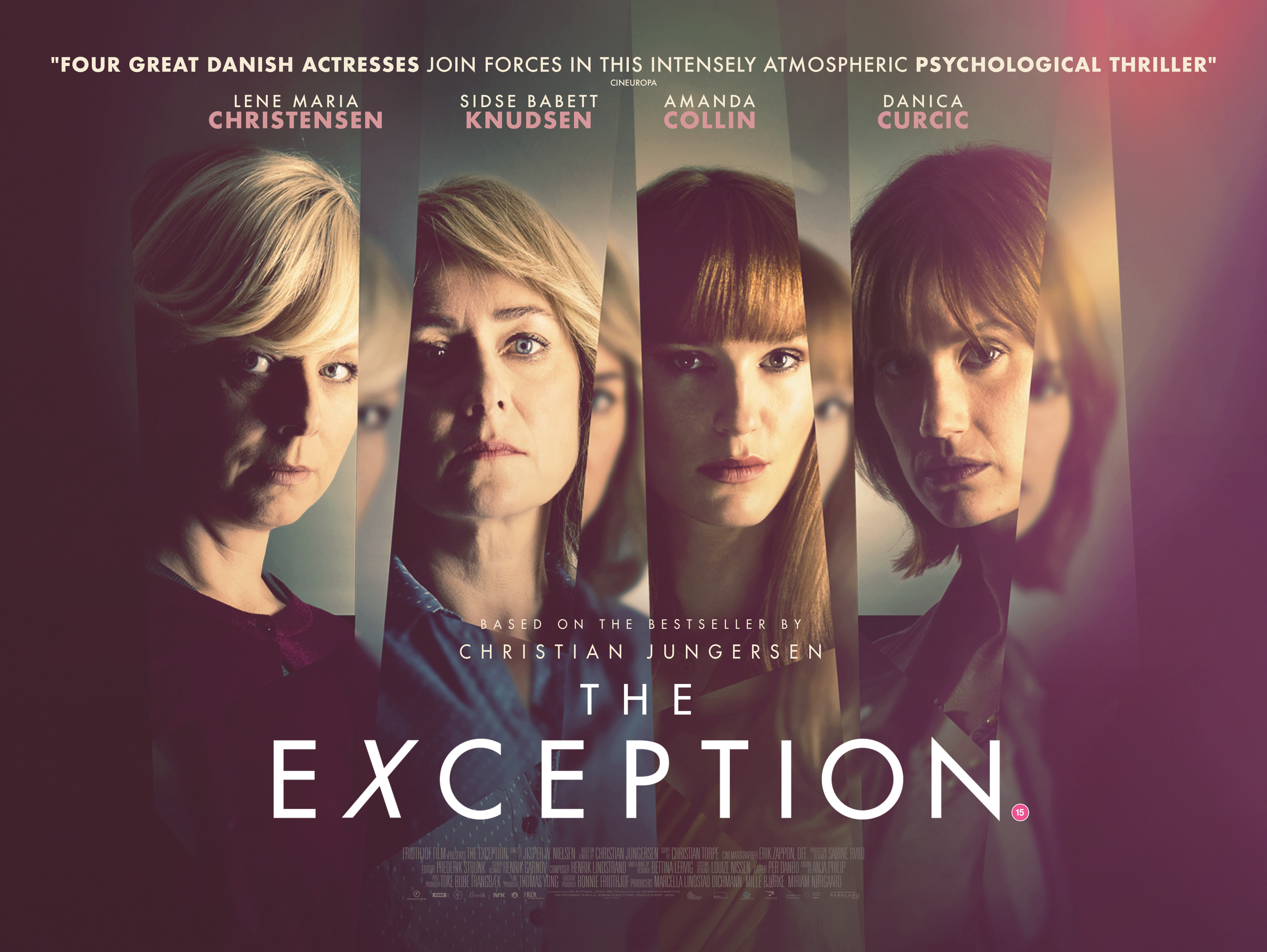 A tense psychological thriller with musings on the evil behind war crimes may seem like an odd combination, but in the hands of four strong performances from the women at its centre, The Exception makes for great viewing.

Around 10 years ago, it felt like any Danish TV or film project would be graced by the presence of Sidse Babett Knudsen. In the past year or so, it seems like Danica Curcic has become the face of Danish drama. What a delight, then, to see them both together in The Exception, a psychological thriller from director Jesper W Nielsen, and also starring Amanda Collin and Lene Maria Christensen.

Iben (Curcic), Malene (Collin), Anne-Lise (Knudsen), and Camilla (Christensen) work together at the Danish Centre for Information on Genocide, a non-governmental organisation which investigates war crimes. Anne-Lise is the newest member of the group and appears to be ostracised from the others by some toxic bullying behaviour more befitting teenagers. When two of the four receive death threats via email, their first suspect is a Serbian war criminal about whom they have been writing. But the secrets that each of the women hides result in them gradually turning on each other.

The Exception certainly keeps the viewer on their toes. As the threats and bullying progress, we learn a little more about each woman’s history and internal struggles, and each new thing suggests a different perpetrator. Trying to work out who, if anyone, is responsible for what is happening never gets wearisome and while it’s not a horror story, there are a few unexpected moments of violence which may make the audience jump. In a good way.

As well as being a psychological thriller, through the nature of the work that the women are undertaking there’s also some thought given to why people do evil things in the context of war crimes and carrying out orders, and also some of the thinking around memory suppression and projection. All of this, combined with some very atmospheric music which underpins but doesn’t overtake the narrative, and a dark-toned colour palette which makes everything seem uneasy, makes for a good watch.

The performances are, as one would expect, strong in all quarters and apart from one or two tiny inconsistencies in plotting, The Exception makes for tense and entertaining viewing.