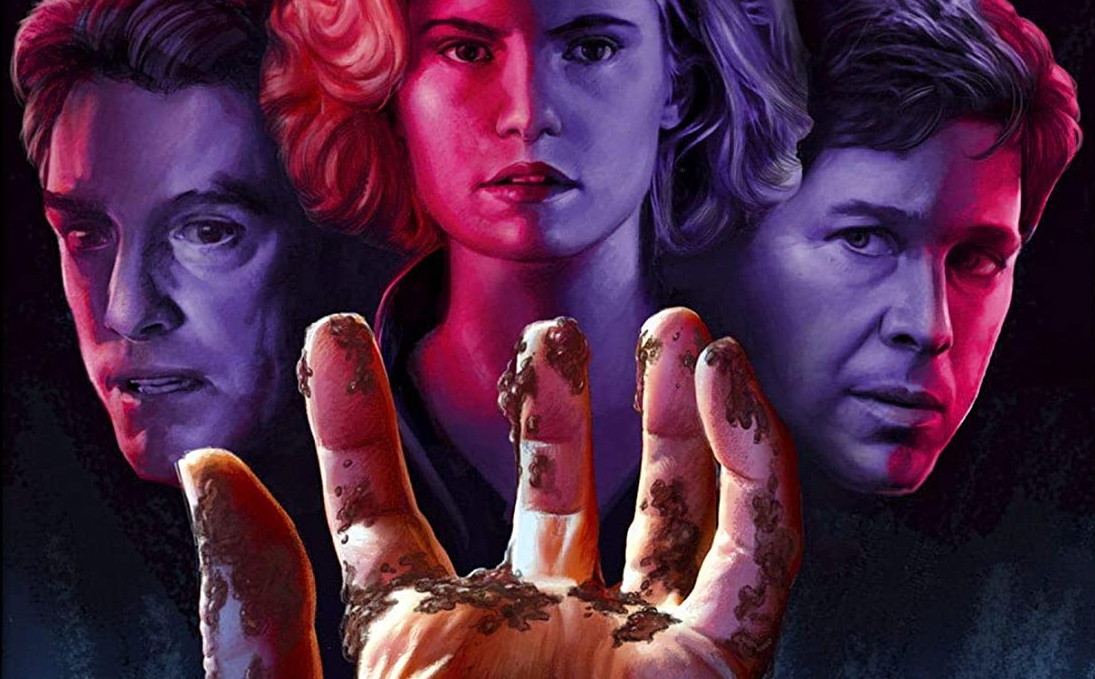 Clint Goodman (Mathieson) has moved back to his hometown with his beautiful wife Joanna (Leigh).  Goodman’s business is so successful that a local businessman wants to buy it.  Goodman has no intention of doing so, Joanna sees this as a slight, not wanting to stay in this small town any longer.   As these stories go, Joanna, having a passionate affair with Dr. Cort van Owen (Atherton).  They see this as an opportunity like any good film noir adulterous couple they have murder on their mind.  Which does not go as expected.

Though Buried Alive is a standard-issue TV Movie, the script and direction are adroitly aware of conventions and cliches.  Buried Alive plays into some of these and knows when to zig when one is expecting the film to zag.   Darabont and screenwriter David A. Davies play with the conventions of both horror and noir so adroitly one will delight in the film’s off-kilter third act.

Mathieson, Leigh, and Atherton all do solid work.  Though Mathieson in a performance in the second half is wordless steals the show.  Leigh and Atherton appear to be having a great time playing the murderous couple that did not expect a double-cross of the supernatural variety.  It’s their work that allows Mathieson’s turn to work so well.

Buried Alive is a gem of a neo-noir.

The Brand New 2K Master is gorgeous.  Kino Lorber’s transfer of the TV Movie is aces.  Much like their work on the recent release of Buck Rodgers in the 25th Century there is really no fault here.  The image is sharp, colors are balanced, and contrast levels come through beautifully.  It should be noted as it is a TV Movie of the era it was shot on 35mm and Kino had done its best to retain its film like quality but there is little grain structure here (as it was the custom of the time to make sure the image as processed as cleanly as possible).  Having found some clips from the movie online the transfer and restoration is nothing short of spectacular.

The newly recorded commentary by Reesman like his other commentaries is an informative delight.  Details include the career of actor/singer songwriter Hoyt Axon, Jennifer Jason Leigh’s career at the time she made the film and beyond, Mathieson’s feeling towards the film and his career, Darabont’s career pre and post Buried Alive, some interesting notes about the mortuary they filmed in, filming in Santa Clarita’s Placerita Canyon (which this review lives close to), the cliches of the horror troupes the film deals in, a great story about Brian Eno (it makes sense in context), some of the history behind being buried alive and some interesting anecdotes around the troupe/not-so-urban legend, the history of USA Network (which originally aired Buried Alive), the neo-noir films of the 1990s, Mathieson’s directorial career and its tied to the USA Network (he also directed the sequel to this film), how us successful the film was, the budgeting/scheduling and how that effected filming, Darabont’s Shawshank and its status of in filmdom and its video release success, William Atherton’s career and pop culture status because of Ghostbusters, Darabont’s short films, and much more.  Reesman is able to bring the same sort of deeply researched and entertaining track that he did in The Secret of My Success where there were plenty of quoted interviews and details about the production.

Grave Intentions with William Atherton (7:07) – the actor discusses working with Frank Darabont, Cable TV-Movies, working with Tim Mathieson and Jennifer Jason Leigh, and much more.  Atherton is a fun and charming interview.

Buried Alive is a surprise many.  High Recommendations!!!