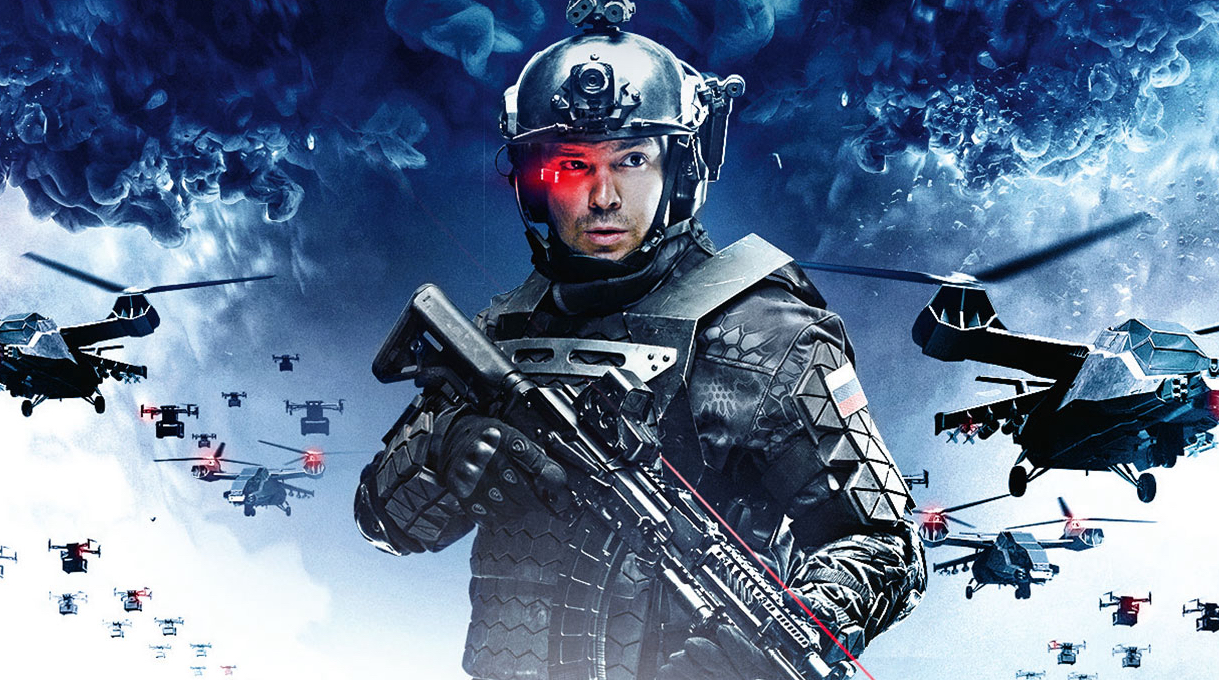 The Russian military take on an alien invasion in this grand-scale stand-off with plenty of action.

In the not too distant future, our planet goes dark, people die suddenly en masse, and only a small area somewhere in eastern Europe appears to be protected. Within this Circle of Life, the military is attempting to discover the cause of the incident, and to try to make contact with the outside world.

This is the setup for The Blackout: Invasion Earth, the latest release from 4Digital, and it’s definitely an antidote to the Christmas schmaltz or nostalgia that we’ve been indulging in over the past few weeks.

The Blackout: Invasion Earth is a Russian film on the scale of a Hollywood blockbuster, with sci-fi special effects, thousands of extras in the crowd scenes (some no doubt digitally added, others definitely not), Bladerunner-style city-scapes and countless fight scenes – both fist-fights and shoot-outs – with hardly time to catch breath in the two-hour run time.

It packs a lot in to those two hours as well. The titular invasion is from aliens who refreshingly haven’t chosen New York as their point of contact, but somewhere outside Moscow in snow-covered Russia – although it takes a long time before it is revealed to the protagonists exactly what they are dealing with. Before the aliens arrive there’s mass mind control, religious groups proclaiming the end of the world, people with superpowers, and attacks by a huge pack of bears (well, it is Russia after all).

Yes, maybe some of the effects are not quite as crisp and sharp as we would hope. Perhaps the love interests are shoe-horned in and the female characters could have been given more to do. And there are definitely a few plot strands too many. But there is something interesting going on within the story about how the human race is trashing the planet and we don’t deserve to be its custodians any more, together with a good bit of spectacular combat, which makes it an entertaining watch. It also has one of the potentially bleakest and ambiguous endings to a blockbuster film that I’ve seen in a while.

The preview I was sent contained two options – an original Russian language version with English subtitles, and a version dubbed into American English. My personal preference is always to go for the subtitled iteration, but the dubbed version will at least allow viewers to focus on the action. It seems as though both versions will be available on the Blu-ray at least, so it will be the viewer’s choice.

The Blackout: Invasion Earth will be released on 28th December on Blu-ray, DVD and digital platforms.