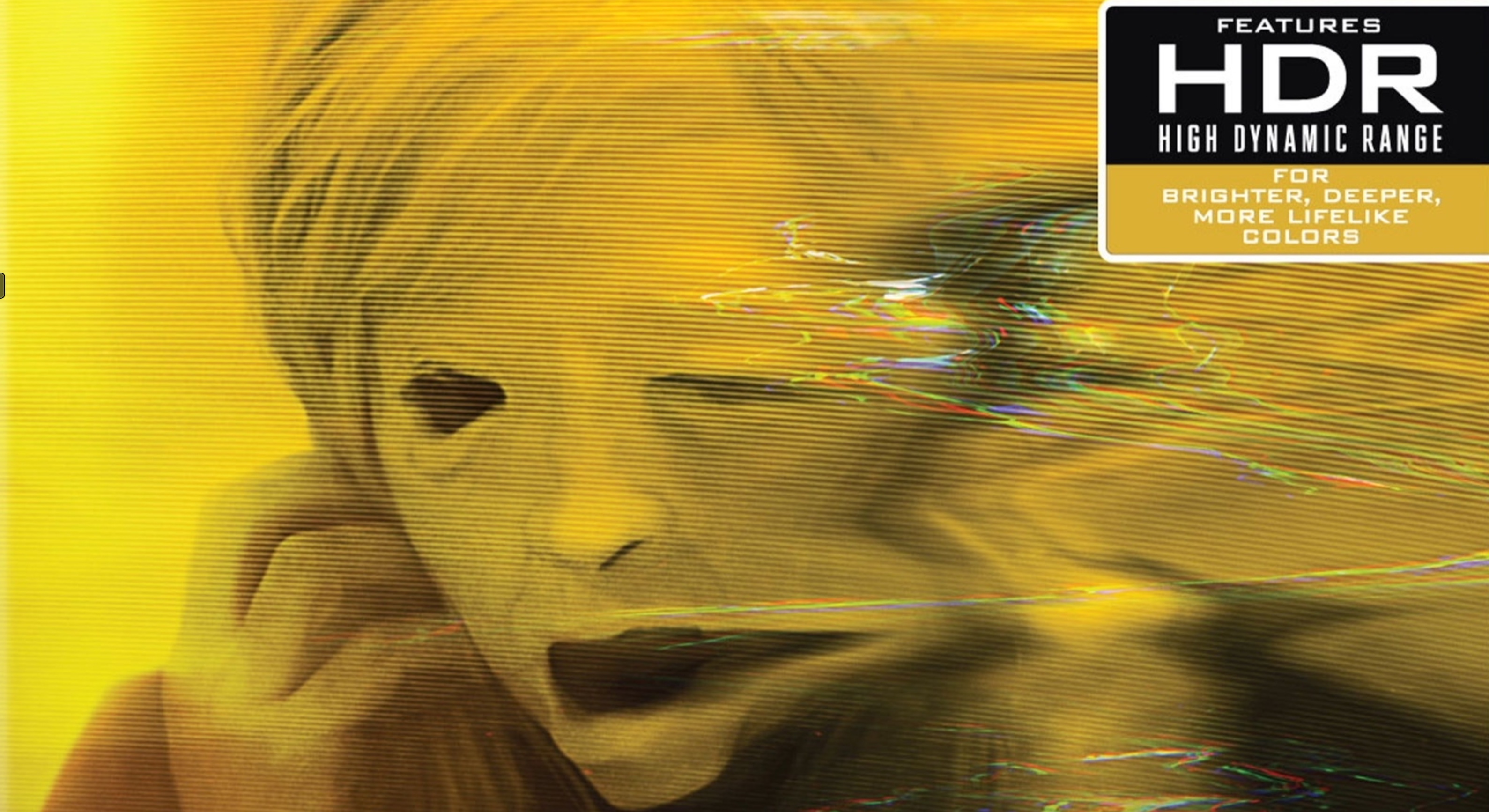 Brandon Cronenberg’s Possessor makes its 4K UHD Debut and the results are stunning.

Possessor is not for everyone. For those that are attuned with its specific wavelength, it is a spectacular singular vision.  Many will point to these expertly crafted set pieces with gore as either irresponsible or just ‘cool’.  Which is beside the point, in fact, quite the opposite.  Possessor’s FX isn’t just for the sake of the work.  The visual design, specifically the Makeup FX work, is not simply shallow beauty but gives contextual layers to Cronenberg’s movie.  Possessor uses the violence it displays, with the detached precision of a medical video, to create the hefty toll Tasya’s work takes on her.  These assassinations are not simply quick cuts and flashy.  Cronenberg lingers on the victims and the detritus of their attack.

The camera never shies away from the viscera of violence being depicted.  This isn’t merely FX for FX’s sake but showing the aftermath of violence.  The opening moments as Taysa inhabits a dancer to find her target and kill him with his own steak knife should give people an understanding of how far this film will go.  Neon, Possessor’s distributor, has sided rightly by not cutting any of the film to get an R-Rating.  Rather releasing the film uncut and unrated allows Cronenberg’s movie to never be salacious.  In fact, allowing the director’s vision to be put to screen unscathed is quite responsible.  The violence is never sexualized or romanticized.  Possessor is as responsible about the violence it portrays on screen as any film of recent memory.

Writer/Director Brandon Cronenberg brings a vision that is truly dystopic in its anesthetic cleanness and verisimilitude.  The production design in Possessor is oppressive in a way that is a physical manifestation of Tasya’s mental stasis and additionally predictive of the way that our near future will be designed.   Working with cinematographer Karim Hussain and production designer Rupert Lazarus the trio creates a vision of the world five minutes from now.  Where corridors, halls, and even streets are all designed to ensure you are never out of range of a being spied upon.  The film has a tactile realism that runs throughout.  There is a walkthrough in a workspace mid-film that is quietly more confident about its world-building than anything seen in 2020.

Possessor is a masterpiece of style, tone, and visuals.

The 4K transfer of Possessor Uncut is a marvel in the UHD format.  The HDR10 encoding gives a huge uptick in quality to the SDR encoding on the Blu-Ray.  Every piece of the image; sharpness, color range, and contrast level are pitch-perfect.  This is a Demo Disc as the image gives you just about everything you could possibly give to a transfer; bold reds, quick cutting, multiple image interfaces (eg computer screens, billboards, and other animated screens we pass by).  The UHD disc handles everything with a wonderfully stable image that my Sony XBR-759D produced that’s clarity is on par with 3D.  This is one of the best Transfers of recent memory.

NOTE: The Extras are only included on the Blu-Ray.

Panic Attack (3:46) – An extended scene where Tasya has a meltdown at her home.  She explains her mental breaks and how they’re affecting her work to an AI “Doctor”.  The scene gives context to something that is shown but not spoken of.  Because of the tone of the piece, it’s understandable why this was cut.

Reid’s in the Pool (3:02) –Reid, the client who pays for the assassination, meets Tasya as Colin at the party and has a very specific conversation.  Interesting but cut for specific reasons.

Wake up and Count (1:25) – Tasya tests out her interfacing with Colin.

A Heightened World (10:31) – The featurette explains the look and the alternate universe that are Possessor.   Comments by director Brandon Cronenberg, production designer Rupert Lazarus, star Andrea Riseborough, and co-stars Christopher Abbott, Tuppence Middleton make this a fascinating look at not a future but an alternate universe that’s actually in past (it’s set in 2008).  Some of the great things about the look discussed were how much of the visuals were done in-camera including the coloring, the finding of locations, and more.

Identity Crisis (14:43) – The featurette explains the story and the themes that play out in the film specifically about Identity.  Comments by Cronenberg, Cinematographer Karim Hussain, Actors Riseborough, Abbott, Middleton, and Sean Bean about how the story was created, how Edward Snowden influenced the script, how detailed Cronenberg’s script was, how Riseborough and Abbott worked together to create the duality of the character, and more.

The Joy of Practical (12:12) – Nicely at the beginning of this featurette you are warned that it contains spoilers for the movie.  The final featurette looks at how the Practical FX (which the film is mostly comprised of).  Comments by Cronenberg, SFX Designer Dan Martin, and Hussain discussing the eye-gouging scene, the melting transfer scene, teeth smashing scene, and more.

Uncut Trailer (2:15) – Not so much a Red Band trailer but a trailer for Possessor Uncut.