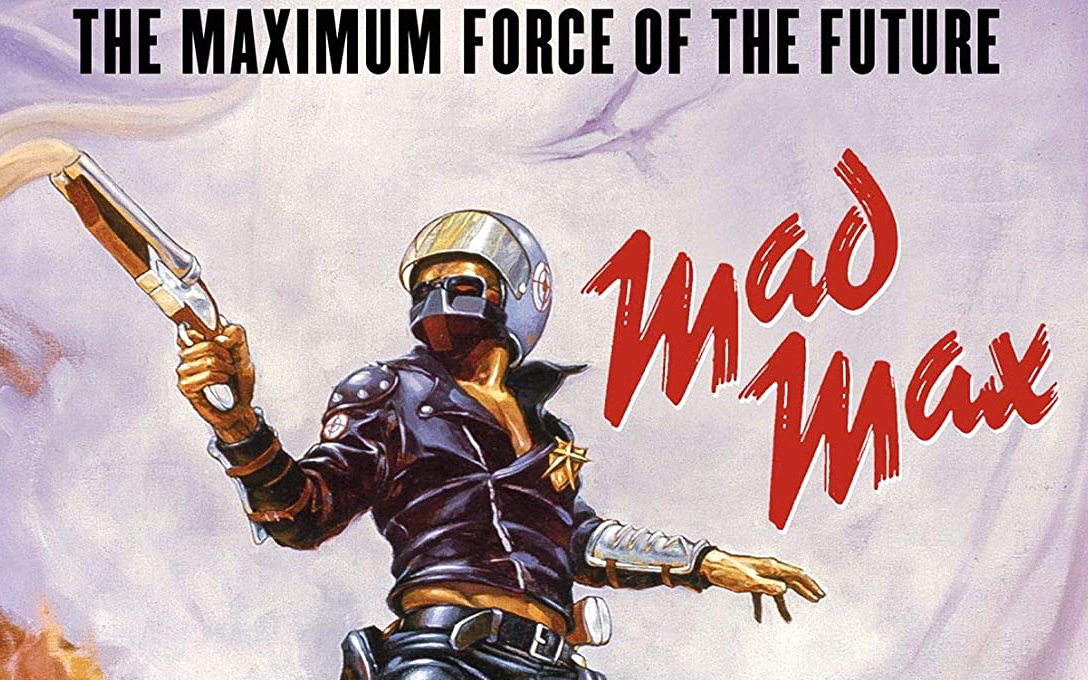 George Miller’s Ozploitation Classic gets a 4K UHD upgrade thanks to Kino Lorber.  The 4K Disc sports a new Dolby Vision HDR Coloring and a wealth of Extras making this one of the best releases of 2020.

What can be said that hasn’t about writer/director George Miller’s Mad Max?  The first in the long-running series is the grittiest low-fi revenge exploitation picture that’s elevated because of its death-defying stunts and equally daring direction.

Set during the crumbling world before the End of Days criminals run rampant and the police officers holding things together are spread thin.  Max Rockatansky (Gibson) is one of the last police officers that dares to fight the gangs. Through a series of crimes perpetrated by the Toe Cutter Gang, Max and his fellow officers begin a war.  A war that costs Max everything.  With nothing left to lose, Max goes after the Toe Cutter Gang.

What works in the film’s favor would be what many would feel is any other film’s weakness.  That is the threadbare plot.  In Mad Max, the thin plot allows for the amazing set pieces to be the showcase.  Unencumbered by a complex plot the film is allowed to be visceral in the way that only George Miller knows how.

Miller and Cinematographer David Eggby shoot the film within an inch of the asphalt racing at 150 KMH.  Just as cunning is the editing by Tony Pater and Cliff Hayes. The results are stunning and visceral in a way that would change the way people shoot car chases. The opening twenty-minutes is one long protracted chase and introduction to Max.  It is the perfect example of what Miller would later do with Fury Road by combining both plot and action on the go.

Thirty-five years later there is still a visceral hit of adrenaline watching these chases unfold because of the verisimilitude on display.  The chases feel real because they were shot real.  Mad Max is genius and remains as fresh as it was when it was released in 1979 is because it eschews dialog in favor of visuals.

Reference Level.  It is only fitting that the first and the last in the Mad Max series are reference level 4K UHD discs.  The Transfer here encoded with Dolby Vision is stunning.  The color reproduction, sharpness, and fine grain detail are better than this reviewer has ever seen (having seen this film numerous times projected in both 35mm and DCP).  The opening chase between the Nightrider and the police is a prime example.  The yellows on the Police’s Ford Interceptors have never popped in the way they do in Dolby Vision.  The color reproduction is so good that one is able to distinguish between Max’s real leather jacket and the rest of the police officer’s “pleather” vinyl jackets.  Bravo to Kino Lorber and the amazing work done here.

The archival commentary appears on both the UHD and Blu-Ray disc.  Featuring comments by Art Director Jon Dowding, Cinematographer David Eggby, Special Effects Artist Chris Murray covers all the bases on the making of the film.  Moderated by Tim Ridge the commentary in lieu of having George Miller is great regardless.  The comments by Eggby is still interesting and relevant close to twenty years later (the commentary appeared on the first DVD special edition of the film).

Road Rage with Director George Miller (30:06) – This all-new interview with the director is a great overview of Miller’s origins as a filmmaker and his obsession with car culture.  Miller discusses film language, the origins of the story, and his history with cinema, his love of Film History and his influences like Harold Llyod, Buster Keaton, Westerns, and Ben-Hur which was just personal and not with designs to being a filmmaker, how he met Producer Byron Kennedy and they eventually became partners, how the lack of budget dictated the look of the film, the casting of Gibson, the casting of Hugh Keays-Byrne (which includes how the actor got his biker gang together), the shooting style, the amazing stuntman Grant Page, his initial thoughts after finishing production and how that drove him hard to find success in the film, and much more.  One wishes that Miller had recorded a commentary, but this great 30-minute interview is a great deep-dive into the making and origins of Mad Max.

Interviews with Stars Mel Gibson & Joanne Samuel and Cinematographer David Eggby (26:28) – The three interviews were edited together for maximum effect.  Gibson discusses his casting, the production, how Max was the rise of the post-apocalyptic sub-genre, how the cheap costuming became iconic and often imitated, the insane stunt work, Hugh Keay-Bryne work, and more.  Joanne Samuel who plays Max’s wife discusses how she got the role as she was not first cast, Miller’s visual acumen, Hugh Keay-Bryne’s work, and more.  Eggby discusses his role and works on the low budget production, how Miller approaches violence and its aftermath, his lack of equipment that made up the look, Hugh Keay-Bryne’s work, and more.

Mel Gibson: Birth of a Superstar (16:43) – is an archival featurette that discusses Gibson’s rise from acting on the stage to his debut in Summer Nights to Mad Max and beyond.  Comments by John Jarratt, Phil Avalon, Piper Laurie, acting coach Betty Williams, Agent Faith Martin, and more.  The featurette is intercut with scenes from various early movies and stills from the actor’s time at the theater.

TRAILERS FROM HELL with Josh Olson (2:12) – the micro commentary from Olson discussing the Classic, it’s dubbing, how he saw it in England at the time of release, and more.

Radio Spots (2:05) – Three radio spots that play over a production still from the film.

Kino Lorber’s 4K UHD edition of Mad Max gets HIGHEST POSSIBLE RECOMMENDATIONS and is a contender for a Top Ten Disc of the Year spot.