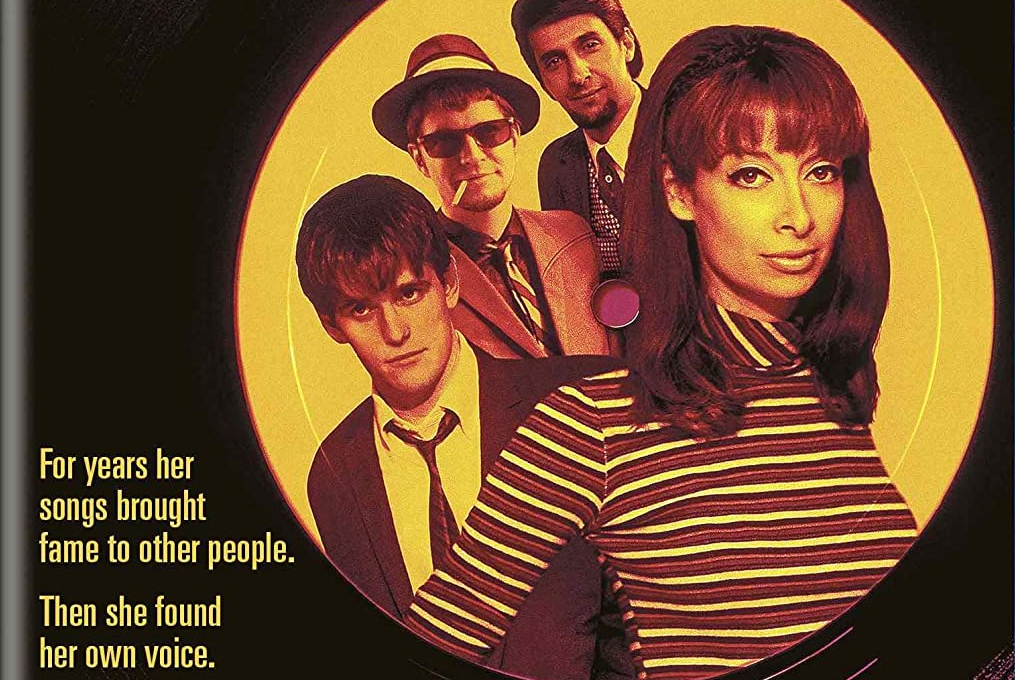 Grace of My Heart makes its debut on Blu-Ray thanks to Kino Lorber and Scorpion Releasing.  The disc is filled with extras and looks and sounds amazing.

Writer/Director Allison Anders’s beautiful valentine to female singer/songwriters in the Brill Building during the 1960s has aged into a fine wine.  Anchored by an amazing performance by Illeana Douglas the film is ripe for rediscovery.

Steel Heiress Enda Buxton (Douglas) wants nothing more than to be a Singer.  Having won a contest, the young woman against her family’s wishes heads to New York City.  Much to her surprise after six months she is no farther along and the harsh realities of the Music Business are smacking her continually down.  A chance encounter leads to Enda becoming a songwriter for Producer Joel Milner (John Turturro).  Reinvented as Denise Waverly, she begins her career as a songwriter as she dreams of fulfilling her lifelong wish of becoming a singer. Like many goals in life, love, family, and relationships complicate matters for Denise.

Anders film is the type of ode to a bygone era that never feels like it is yearning for that era to come back.  Grace of My Heart is a requiem for the women that era that pushed through the ceilings.  Though gentle in execution it very much critiques the time for what it was; a male-dominated time with little room for women to take control.  Anders’s film never attacked, simple shows how things were, and often, still are.

As we watch Denise/Enda goes through this with her various relationships.  Be it a Socially Minded but very selfish Song Writer (Eric Stoltz) or a Married Magazine Owner (Bruce Davidson) or a Troubled Musical Genius (Matt Dillion) we see the struggles she faces in an era where choices are few and far between.  The way that Anders is able to tell this story with hints of real-life figures is a testament to her skills and prowess as a writer/director.  Though we may feel like we know the direct one-to-one correlation of these characters to their real-life figures, it is never implicitly stated through the plot or characters.

Grace of My Heart is a confidently told musical drama with as much humor, humanity, and great music for three films.

The transfer provided to Kino Lorber/Scorpion Releasing is gorgeous.  The film has always looked beautiful on home video but on Blu-Ray it finally looks the way it had when it was released over twenty-five years ago.  The transfer is sharp and colorful.

The archival commentary by Allison Anders is fantastic.  Ported over from the DVD there isn’t anything that isn’t covered by Anders.  The writer/director discusses how the film came together, the casting of Illeana Douglas, how personal the story was, the nuts and bolts of production like sets in LA (rather than New York), how she fought for making sure the ideals weren’t anachronistic and modern but of the era, how the songs came together and the very famous songwriters came onto, the casting of the various actors Stoltz, Kensit, Davidson, Dillion et. al., Martin Scorsese as a producer (and his cameo), and more. I cannot stress this enough that Anders’s commentary is one of the best that’s ever been recorded. The director always manages to dispense not just anecdotes about the production but discussions about the way she works as a writer and director. It is great that Scorpion made sure that this was added to this Blu-Ray release.

The Idea Becomes a Movie: Making-of Doc (41:47) – the archival featurette is a great making-of that covers all aspects of the film.  Using interviews from director Anders, star Elena Douglas, Producer Martin Scorsese, cast Eric Stolz and Bruce Davidson, and much more.  The doc covers everything from the inception of the story by Anders, writing the treatment in a hotel room, how the music came together, the production, and release.

Deleted Scenes (31:43) – the thirty minutes of deleted scenes are extended scenes, alternate takes, pulled Musical Numbers, and deleted scenes.  Much of the work here could have been added back into the film for texture as this isn’t the type of film where scenes are vital to the plot but add to characters and the milieu.  One moment between Jay (Dillion) and Denise (Douglas) that gives context for the title really should have been added.  Anyone who loves Grace of My Heart will want to check these out.

Grace of my Heart finally makes its debut on Blu-Ray with a beautiful transfer and great extras.  HIGHEST POSSIBLE RECOMMENDATION!!!