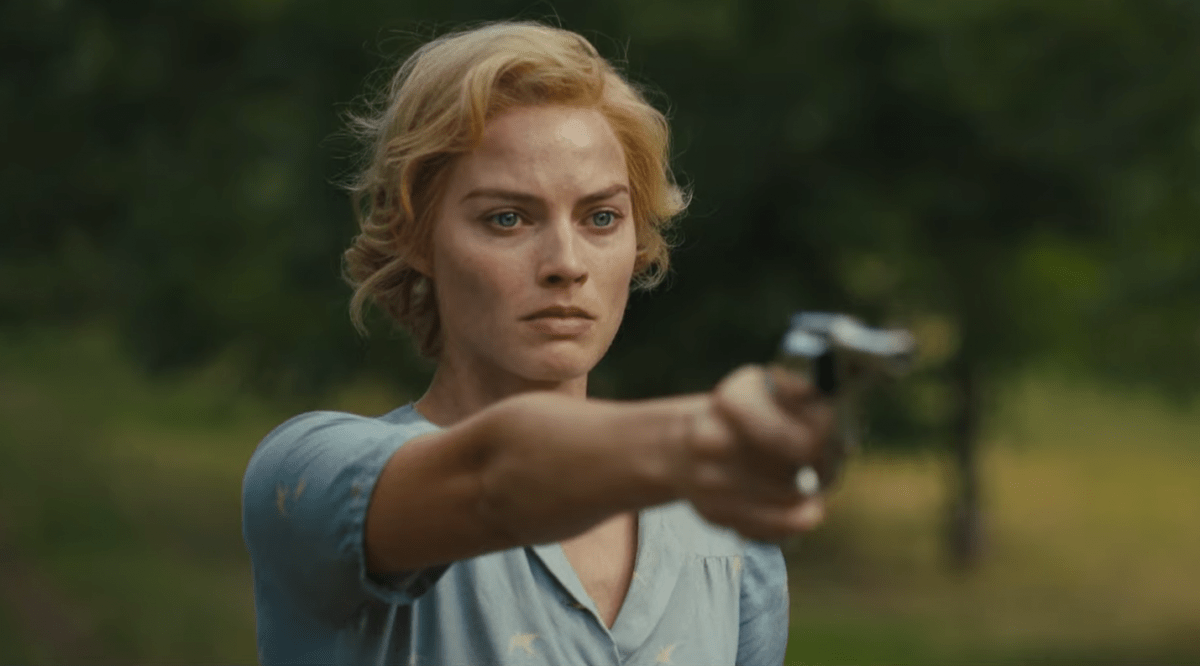 Dreamland is beautifully photographed and edited but the story of a runaway bank robber and the youth that falls in love seems pretty standard issue.  Even the acting power of Margot Robbie and Travis Fimmell isn’t enough.

Told from an omnipresent narrator (Lola Kirke), the doomed life of young criminals Eugene Evans (Finn Cole) and Allison Wells is a familiar one.  Set during the great depression our narrator tells of her older brother Eugene infatuated with the criminal lifestyle.  It is only a matter of times until Allison makes her way into their barn.  Much like the crime pulp fiction that Eugene routinely steals from the corner shop Allison is a gun totting bank robbing moll that states she’s a victim of circumstance.  It is only a matter of time until the two set upon the road with Eugene’s Step-Father and Sheriff’s Deputy (Fimmell) in pursuit.

The biggest issue with Dreamland is standard issue.  From Allison to Eugene to the time frame to the way the inevitable third act plays out.  One wishes this had gone sideways with its story as it was a recipe for something all-together different.  The script by Nicolaas Zwart is content with its conventional plotting.  The work that Robbie and Cole does is good and their chemistry is there but it is not enough to elevate the plot beyond its trappings.

Director Miles Joris-Peyrafitte working with cinematographer Lyle Vincent to create a look that is not desaturated but not fully technicolor.  Their work here is impressively rendered and not the typical sepia-toned desaturated look of this subgenre is known for.

One wishes that Dreamland’s script would have risen to its visuals and acting.  As it stands, the film is beautifully shot albeit a clichéd romantic crime film you can set your watch to.

Dreamland is in theatres now and PVOD Today