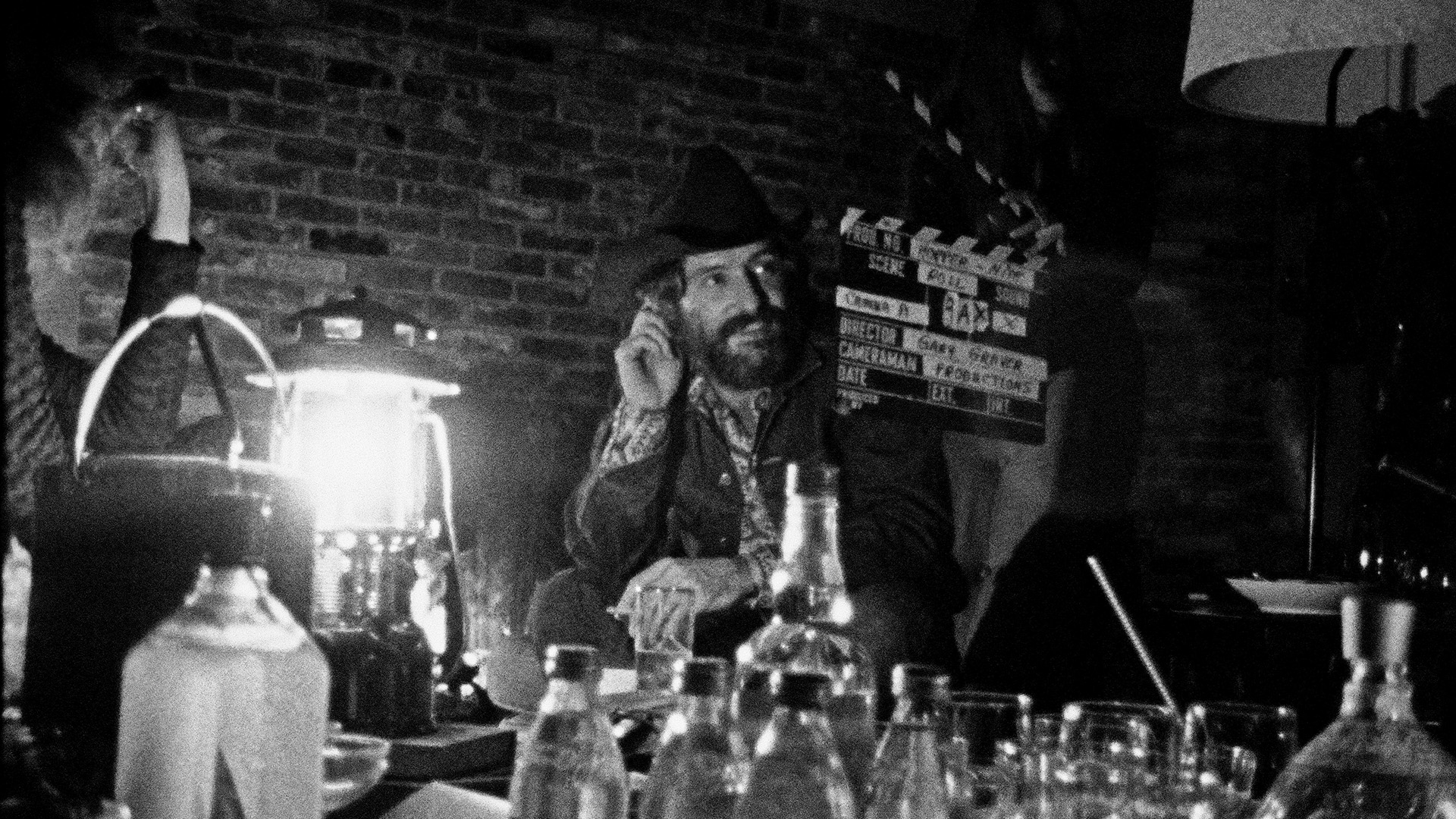 Two legends, infante terrible both have one of the best conversations put to celluloid during the time they were making their biggest misunderstood projects.

Not a documentary as much as a document of an era.  A conversation between the old guard and the new guard.  Each figure, directors both, having changed cinema in their primes.  Dennis Hopper and Orson Welles push and pull against one another in a conversation that has just as much to do with filmmaking as it does with politics, family, upbringing, love, women, creativity, and more.

Part of the delight of this 130-minute conversation that’s part reality, part fictionalized.  The film edited (or as Welles and Hopper say “chopped together”) together from footage that Welles directed for his film The Other Side of the Wind.  Shot in a beautiful high contrast black & white lowlight in the front of a fireplace.  The setting puts both Welles and Hopper in a playfully honest or dishonest mood.

Welles the agitator, making a film that would not see the light of day for close to fifty years.  Hopper the receptive younger artist, in the midst of making a huge “supposed” misfire (this reviewer counts The Last Movie as one of the greatest forgotten maligned films of the 70s). The results are something that is more relevant to 2020 than it ever was to 1970.  The discussion, as the clapboard and sound mark continually run, is amazing in how it relates to our current state.  Revolutions, Television News, famine, technology, the left, the right, and so much more.  One will find it most interesting in the opinions of both men.

Hopper/Welles is the kind of dream cinematic conversation that cineastes dream directors have but is rarely do.  Let alone filmed in beautiful 35mm black & white to be discovered 50-years later.

Hopper/Welles is playing AFI Film Festival 2020 as a part of its World Cinema series.