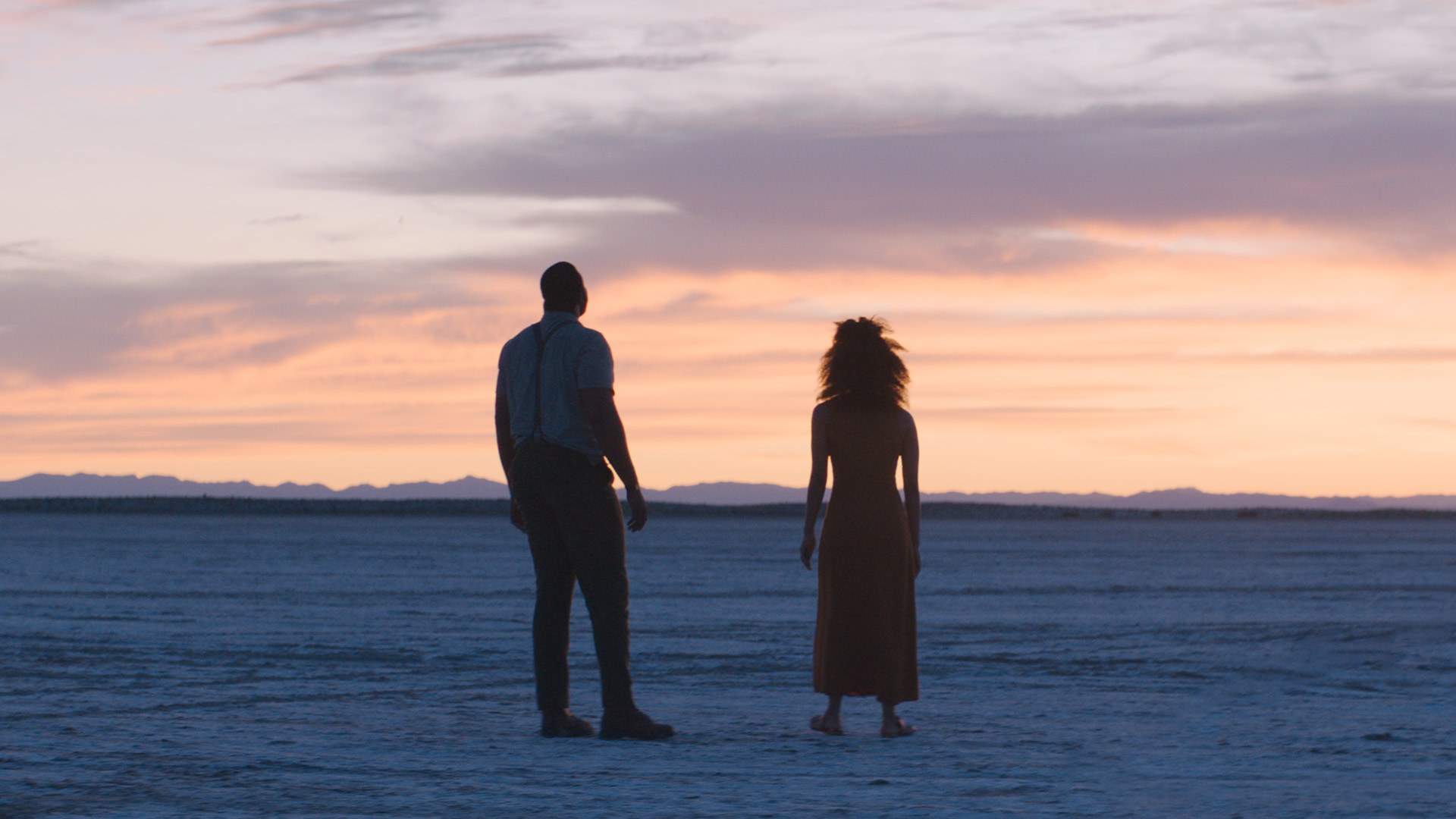 Writer/Director Edson Oda’s Nine Days is a unique, heartfelt, science fiction film.  That just happens to be one of the best of 2020.

Anchored by an amazing cast lead by Winston Duke and Zazie Beetz, Nine Days, tells its unique sci-fi premise with emotion and heart.  The result is a film quite unlike anything you’ve seen but emotionally direct.

Will (Duke) is the distanced and mysterious gatekeeper for souls that are to enter the earth.  As a new position on earth has opened, new candidates, are given nine days to convince Will they should be the next soul on earth.  These candidates range from the joking (Tony Hale), to the serious (Bill Skarsgård), to the challenging (Beetz).  Time running short Will conducts tests with each with varying results.  As he is challenged by not only his past but the past of a soul he picked, the self-named Emma, Will begins to see the world he’s created change around him.

Science Fiction films often times approach their premise from a plot-driven point of view.  Creating a world, the rules of the world, how do people interact.  At times so much is going on that a film forgets the most important part; the emotions.  Nine Days suffers none of the conventions of the genre.  In fact, Nine Days brilliant eschews what often turns people away from speculative fiction.

The focus of Nine Days is its characters and the dynamics between them.  Will has a relationship with each of these souls he interacts with that is unique in itself.  Much of the beauty and power of the film comes from these relationships and how each impact Will.  Duke as an actor has been working towards a role like this for some time.  One that allows him to take center stage in a way that he has not before.  The results are electric.  Duke having created one of the most indelible performances of 2020.

To discuss or divulge more about Nine Days would be to rob an audience of it’s truly wonderful and original films of the last few years.  One that is as emotionally satisfying as it is intelligent.  Nine Days is one of the rarest of all types of films; an uplifting one.