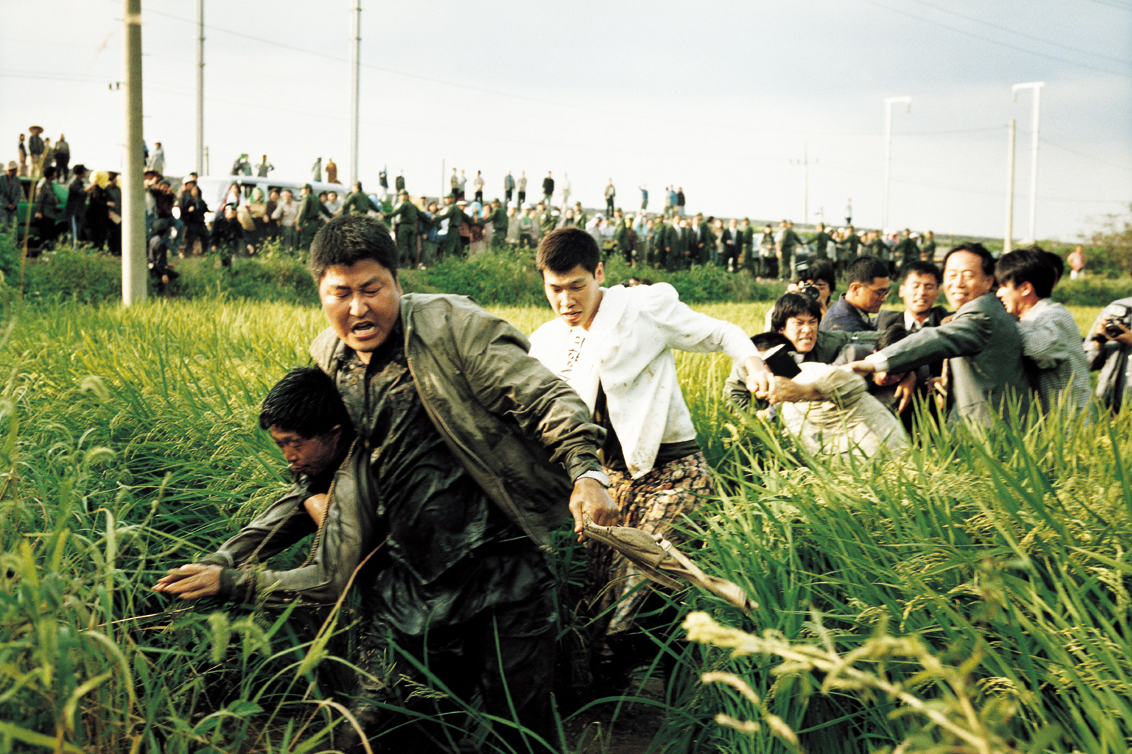 Seventeen years later Memories of Murder is still as powerful a movie that’s been produced.

With the smashing success of Bong Joon Ho’s Parasite both commercially and critically the long out of circulation Memories of Murder has reemerged. The Police Procedural which predates Fincher’s Zodiac by four years has all the earmarks of a classic and is about to be rediscovered.

In 1986, still under the military dictatorship, the Gyunggi province in South Korea is haunted by a serial killer and rapist.  Two violent and inept cops Park Doo-man (Kang-ho Song) and Cho Yong-koo (Roe-ha Kim) beat and coerce the town’s citizens they think, but don’t actually have proof, are the killer.  A third Detective Seo Tae-yoon (Sang-kyung Kim), from Seoul, recently transferred, has other thoughts and smarter methodology.  It is through this tension between viewpoints and approaches to police work that calamity occurs for years and more and more victims are allowed to occur.  As Park Doo-man and Seo Tae-yoon begin to find common ground and modern criminology is beginning. leads begin to form but… it may be too late.

Director Bong’s second feature shows the assured confidence of a director having made ten more films at that point.  Part of the genius and revelatory nature of the film is how Bong refuses to make anything simple or pat.  Rather than concerning himself with the hero archetype that so many films blindly do within the procedural genre, Bong strips that veneer away.  By striping that protective coating, the film shows these figures, not as superheroes but rather the violent dolts with badges they are. Even Seo Tae-yoon the more progressive between the three detectives is fallible and susceptible to his own human nature and arrogance.

By concerning itself with the fallible nature of brutality and the sort of narrow-minded thinking these Detectives had, Bong shows the harrowing nature of the crimes.  The incompetence of the work done allowed a serial killer-rapist to work successfully for more than a decade.  This made all the more harrowing as Bong never blames the detectives.

As with all of his films, Bong is able to show us these people as humans.  Never sympathizing with them but allowing empathy to come through.  Through that empathy is Memories of Murder’s power.  Human follies and the circus of incompetence that plays out through the run time of the film is the drama.

Memories of Murder is a modern-day classic.  One that has only grown in its importance and almost perfect for rediscovery in our current climate.

Neon release of Memories of Murder is exclusively in Theaters for a Limited Engagement on October 19, 2020 & October 20, 2020