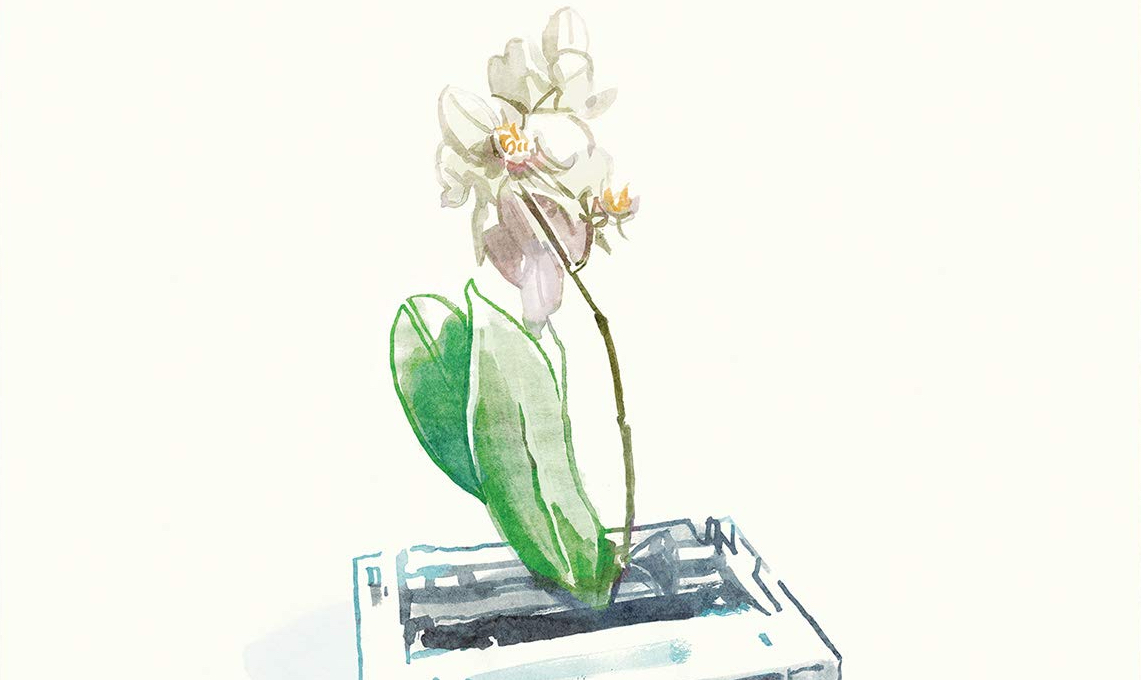 Adaptation makes its Blu-ray comeback thanks to Shout Factory’s Shout Select label.  A beautiful transfer but light on the extras for this mind-bending comedy.

How am I going to write the fucking review?  Really… maybe I’ll get some coffee.  Yeah, Iced Coffee will do me some good.  Help clear the mind and give it clarity.  Clear and Clarity?  Isn’t that the same???? I’ll need both to write this review. I mean how can one write a review about the most meta-movie of all time?

Jesus, I’m still stuck.  Kaufman and his brother Donald (if he’s even real) really kinda made it impossible to review this film without sounding like a Lunatic.  Adaptation is an Adaptation of Susan Orlean’s The Orchid Thief which isn’t really… it’s about Kaufman (Nic Cage) and his twin brother Donald (also Cage) and Kaufman’s anxiety trying to adapt something he feels unadaptable.

This all sounds crazy.  I need to go get more coffee…

I’ve watched this thing four times.  Kaufman has the self-loathing of a writer down pat.  It’s almost embarrassing how Kaufman lays everything out to bare. If it’s even him… it could all be an act.  But Kaufman’s entire filmography as a writer and (eventually) a director is about Self-Loathing.  It’s more than just an act.  Adaptation is not just about self-loathing but about creation and what it means to adapt not in the artistic sense but to adapt to your surrounds.

Am I full of shit?

Kaufman would say so.  He doesn’t like critics.  His last book is entirely about a critic that he dislikes. I need coffee.  Yeah, coffee will be good.

Nic Cage is amazing in this film.  It may be his best work.  Charlie and Donald are two complete characters and the way that they interact, and relationship is the crux of the film.  The way that they’re two halves of a whole.  There isn’t any sort of vanity to anything he does here, everything is in service to the story, character and emotional through line of the film.

The same should be said of both Chris Cooper and Meryl Streep.  The film requires them to play multiple versions of the characters.  Cooper and Streep ground the performances in an earthy realism that makes the final “Robert McKee” inspired finale all the more special.  Though Cooper as Laroche at first appearance seems to go a bit arch.  It’s all in service of the character’s arc.

Adaptation is still a great non-adaptation of an unadaptable book.  Cage is brilliant as both Charlie and Donald Kaufman.  The only regret from watching the film is that Jonze and Kaufman haven’t worked together since.

The crown jewel of this disc is the picture.  The first Blu-Ray releases were good but this transfer is out and out the best of the bunch.  Having almost a decade on that Blu-Ray this new transfer benefits from updated Compression Technology and advances with Transfers.  The image shot on 35mm by Lance Accord is nothing short of perfect here.  Grain structure, contrast levels, sharpness, color reproduction are all beautifully rendered here.

Original Featurette (2:03) – a very cheeky featurette looking at the making of the finale set in the Florida Everglades.

Image Gallery – 30 stills and posters that play automatically.  The gallery can be paused but not searched through.

It’s great to have Adaptation back in circulation with a new transfer.  One wishes Shout Factory was able to get more special feature content.  Highest Possible Recommendations!!!