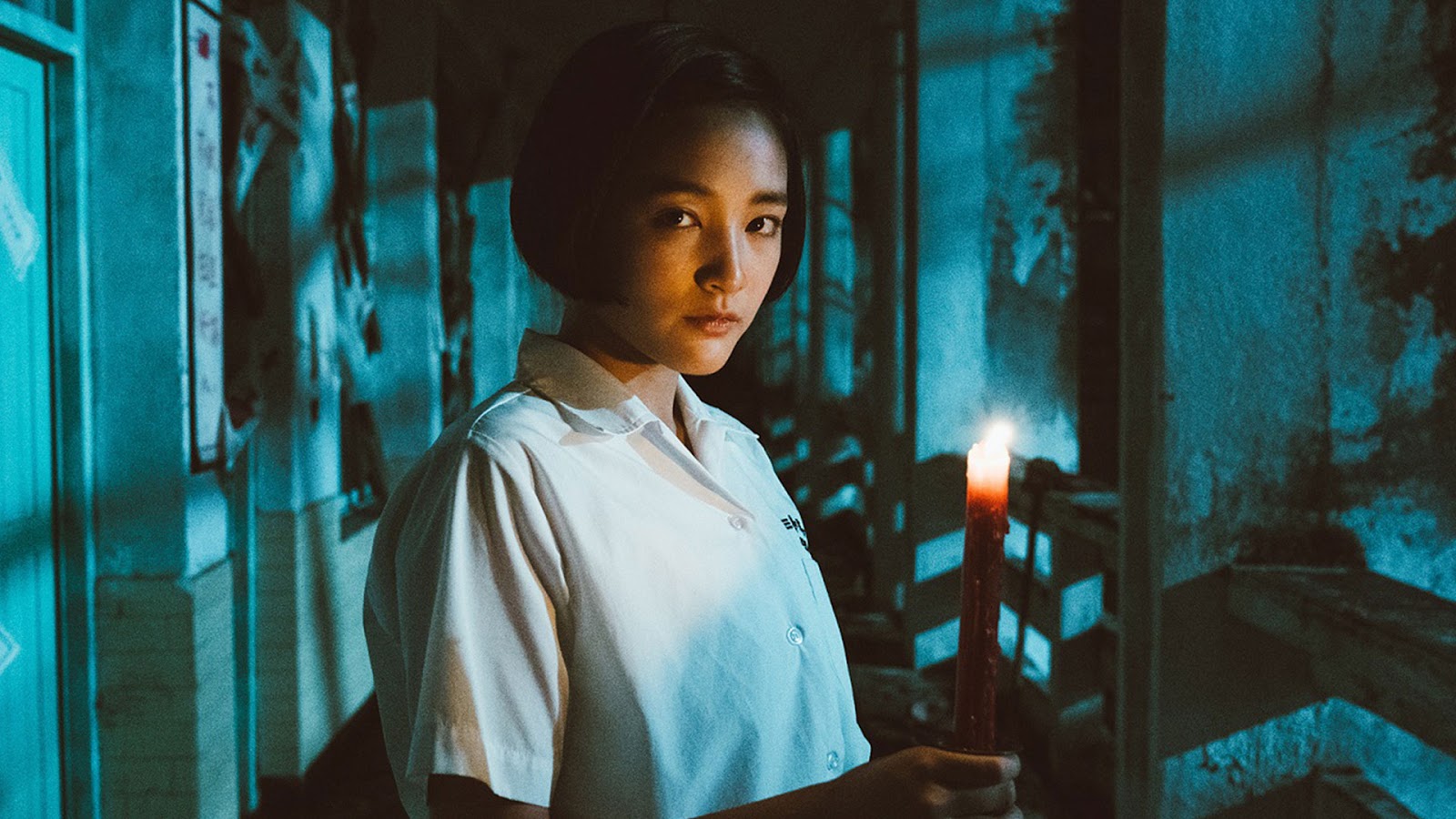 Director John Hsu’s debut feature is as accomplished a debut in recent memory.

Detention shows us the horrors of an oppressive government regime by diving us into a dark faire tale world of demons.

Set in 1962 Taiwan, martial law has been declared.  Such an oppressive government that even reading the wrong book or material could have you shot and killed.  A group of defiant teachers and students begin an illegal book club.  Two students; Fang Ray-Shin (Gingle Wang) and Wei Chong-Ting (Jing-Hua Tseng) fear the worst when they cannot find their compatriots.  Slowly the two begin to realize they are in their own world but a dark fantastical one where the death hangs as heavily as it does in their normal lives.

It bears repeating that co-writer and director John Hsu’s film is accomplished in a way that very few debut feature-length films are.  There’s an assured hand at work here.  Dealing with fantasy is hard enough for filmmakers.  Oftentimes we get half cooked overexplained worlds that make no sense. Here Hsu understands to letting both the story and the visual experience the rules of the world.

The political and sociological underpinnings of the piece are not as heavy-handed as one would expect in this kind of film.  Rather Hsu and his co-screenwriters Shih-Keng Chien and Kai-Ling Fu create a mystery out of this dark fantasy-based world where the rules and whys are not immediately apparent.  Part of the genius of the movie is to allow an audience to figure out why Fang Ray-Shin and Wei Chong-Ting have been plunged into this world.

Many have thrown out another director’s name in reference to Detention’s mixture of horror, fantasy, and politics.  I would say that Hus finds his own footing, visuals, and storytelling acumen that to invoke that filmmakers’ name would only set up expectations that should not be there.  That is to say that Detention should be viewed on its own terms. It’s powerful filmmaking and ultimate massage deserves that.

Detention is the real deal; horror with more on its mind than just scares.