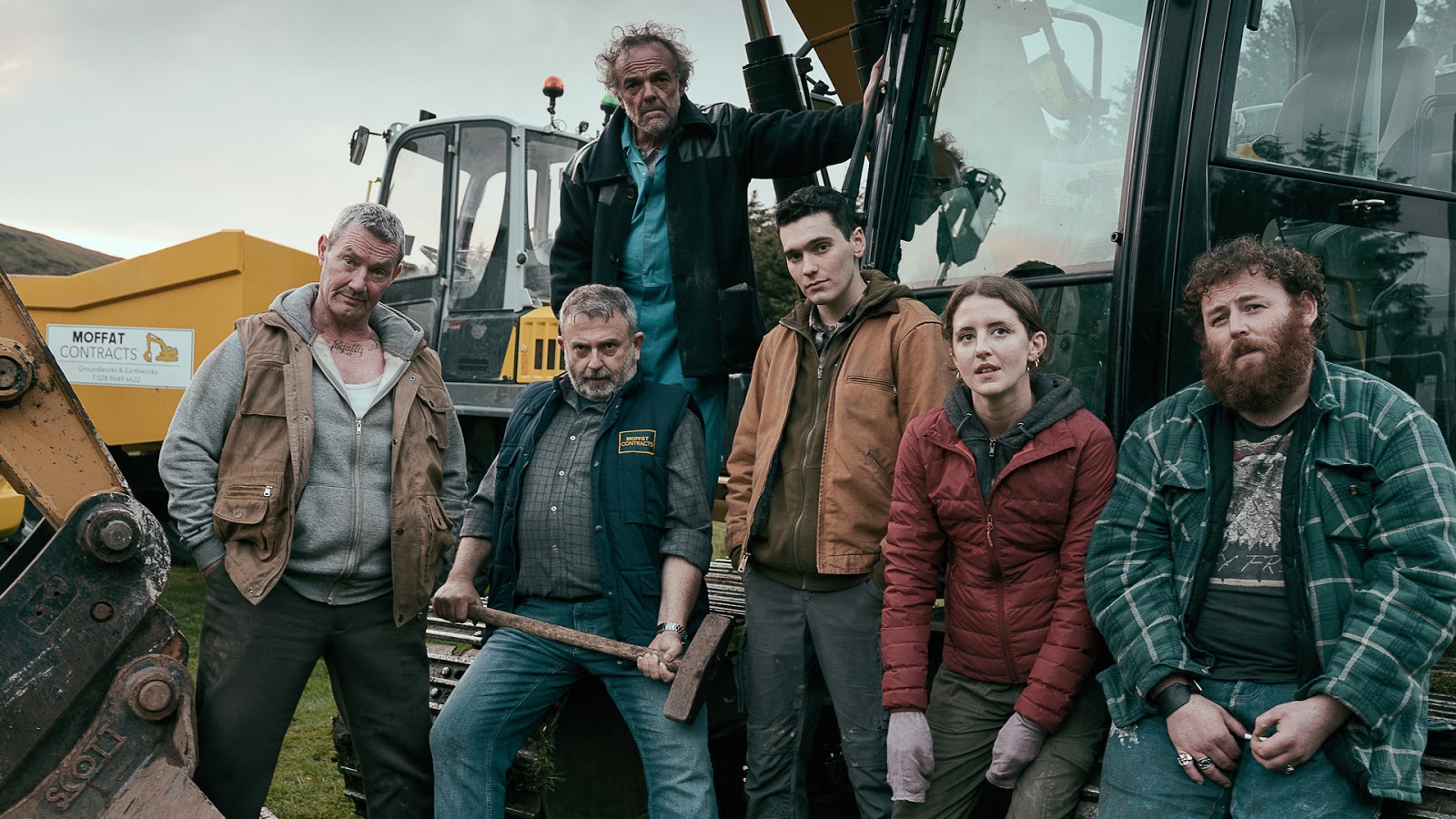 Boys from County Hell is a funny as hell Working-Class Irishmen (and Irishwomen) vs Vampire film you need see.

From short to feature-length film is a risky proposition.  A good short is oftentimes a short for a reason.  Luckily enough Boys from County Hell is a short that makes a great unexpected comedy horror.

Eugene (Jack Rowan) is born into the construction life Francie (Nigel O’Neil), his father, built up.  In the small Irish town, they live are going to be rocked by a Vampire.  This ancient Vampire is an unstoppable force.  More so as Eugene, Francie, and their crew of co-workers are as incompetent at Vampire hunting as they are at doing their job.

Co-Writer/Director Chris Baugh understands the key to a Horror Comedy.  Making sure that the Horror is truly horrifying, and the comedy is truly funny.  Baugh and co-screenwriter Brendan Mullin find the sweet spot of father and son relationship film and vampire horror.  Many will find connections in the way that Eugene and Francie are constantly at each other’s throats.  Francie wanting his son just to “man up” on responsibilities.  Eugene wanting his “da” just to let him make decisions.

This is the heart and crux of the film that begins with the work they do in the beginning and evolves into supernatural elements as they begin.  Rowan and O’Neil are perfectly cast as the put-upon son and father.  There’s a grounded reality they both bring to their respective performances.  O’Neil especially is great as Francie.  There isn’t a man under 40 that won’t see Francie’s treatment of Eugene and get flashbacks to the frustrations with their won paternal figure.

Baugh and Company have found an entry that’s both unique and original to the Vampire story.  One where the Vampire is not as important as the characters and relationships that are built in the first part of the story.  One where the Vampire is the catalyst for everything that happens but isn’t a central figure.  This creates a story that is more about a father and son than about Vampire mythology.  Though, that leads to payoffs in the third act will have one laughing and squirming at the same time.