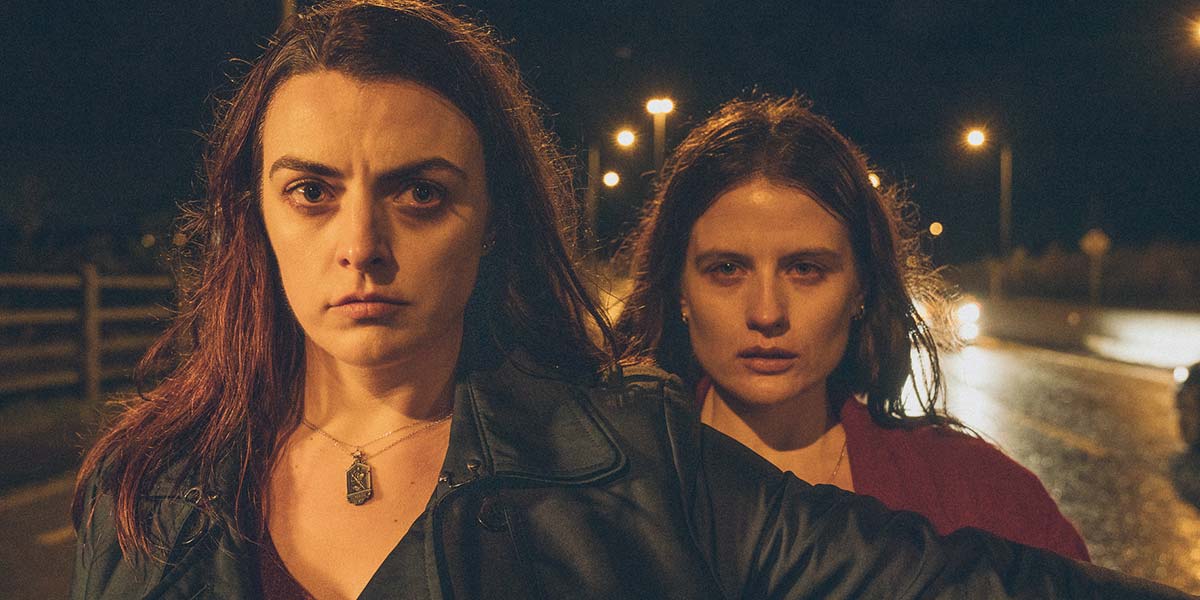 Two sisters are reunited after one of them has been missing, in Cathy Brady’s unsettling feature debut which is set against the uncertainties of a Brexit border in Northern Ireland.

The history of the Northern Irish border has been a thorny one for centuries, and the past 50 years presented in the opening montage of Wildfire sum up the conflict and violence of a troubled period, the peace and hope which emerged following the Good Friday Agreement, and the uncertainty following the Brexit vote.

That may seem like a strange premise on which to base a family drama, but Cathy Brady’s Wildlife just emphasises that the roots of violence are deep and have far-reaching and unintended consequences.

When Kelly (Nika McGuigan) unexpectedly turns up at her sister Lauren (Nora-Jane Noone)’s house having been missing for some time,  they quickly rekindle their bond with each other but in doing so, unearth some long-buried uncertainties about their mother’s death.

As with the history of the area, uncertainties over the past haunt the two young women in different ways, and their longing to understand what happened to their mother consumes them to the eventual exclusion of everything else.

The story is full of intrigue and tension yet remains for the most part low-key despite the emotional turmoil, and the tone is underpinned by the beautiful but dour landscapes of Northern Ireland.

The two main actors work remarkably well together; not only are they incredibly believable as sisters rekindling their joyful yet complicated relationship, but each skilfully portrays a woman with vulnerabilities – deep-seated fears about themselves and their past – combined with a strength which they draw on at their most turbulent moments.

Wildfire is a strong debut feature from writer/director Cathy Brady and certainly provides anticipation for future work from her.

Wildfire is showing as part of the London Film Festival #LFF