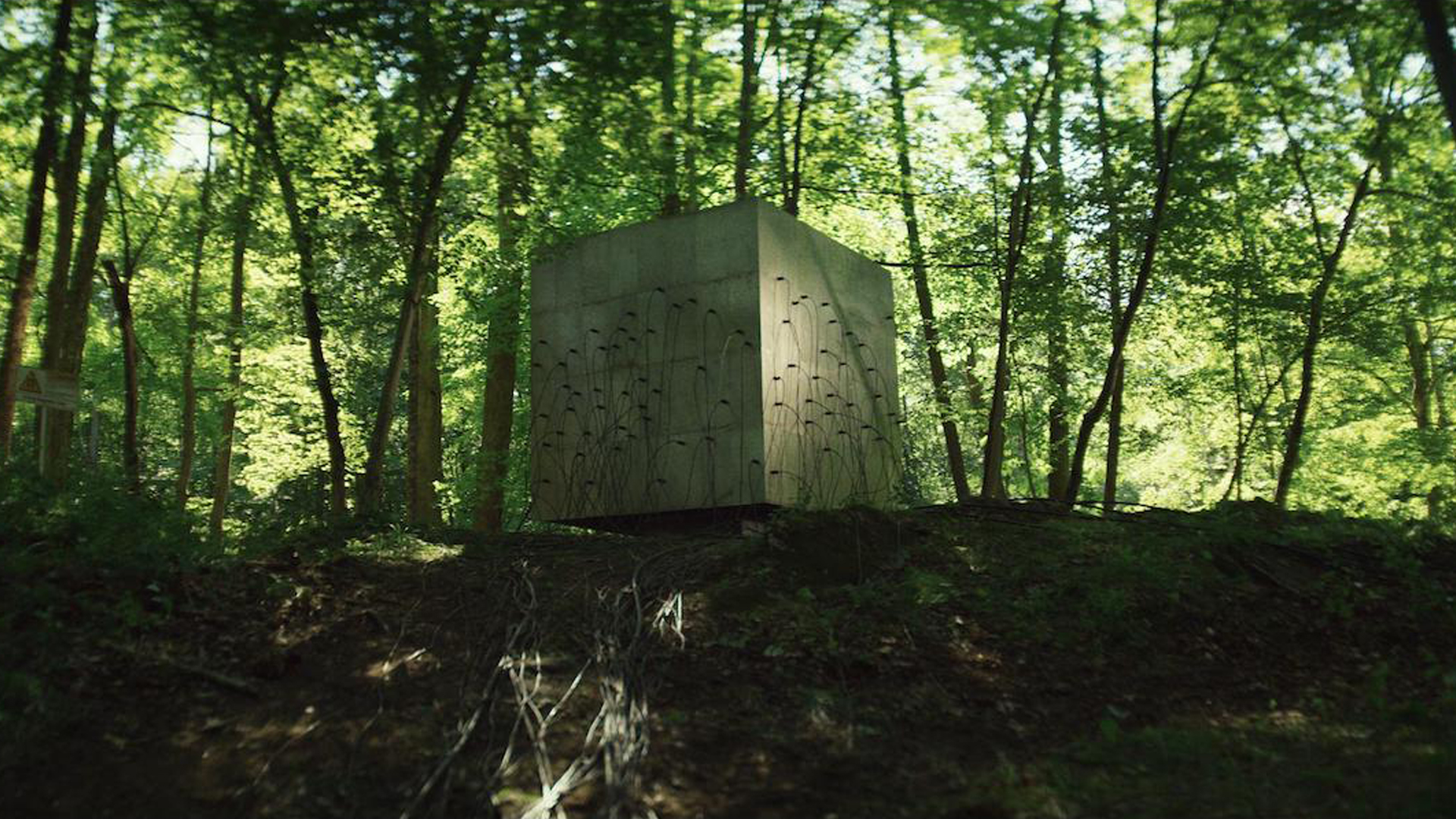 Lapsis is a singular unique vision of the future five minutes from now.

The more one thinks about Lapsis the more the film gets under your skin.  A film about a not so distant and not so dystopian future.

Ray (Dean Imperial) is not a hero.  He’s a workaday guy trying to do right by his possibly ill brother (Babe Howard).  Not being able to really make the money he needs to get the treatment his brother need.  Desperate he turns to Felix (James McDaniels) who offers him a chance to start cabling.  Cabling is the new Uber.  People are hired to run a new type of fiber optic cable to hubs for the newest version of the internet.  As Ray begins this very odd “job” not everything is as it appears.  As he begins on the backwoods trails of New Jersey, he meets a seasoned vet (Madeline Wise) who is more than she appears.  With having possibly taken someone’s username and the beginning of a revolt Ray is as bewildered and entranced as we are as he goes down the rabbit hole.

Lapsis succeeds because of its writing and star performances by Imperial and Wise.  Neither fit the mold of stars but that’s the point. There imbue their respective roles with a store of verisimilitude that is rare in science fiction.  Imperial is great a the less than in shape hero of the film.  Wise is fantastic as the put upon, possible revolutionary, that could be helping Ray or could not.  The chemistry that Imperial and Wise bring as the film develops their relationship is the meat of the film.  Most of the time, they spend dolling out exposition but, it is done in a way that isn’t plot but rather interesting character moments.

Writer/Director Noah Hutton has created a singular science fiction film that is more Phillip K Dick and Harlan Ellison than Star Wars.  Hutton’s film though set in a proposed future is very much about today’s ‘Gig Economy’.  A place where automation overruns the manual laborer that created the business.  A place where drugs and treatments are sold for diseases that honestly don’t exist. A place where revolutionary acts are stopping drones and buying wholistic remedies.

In an era of on the nose social commentary, Hutton’s film is more adept and slippery.  Lapsis in its final moments evolves and twists giving us more than we expected, in a film over flowing with ideas.