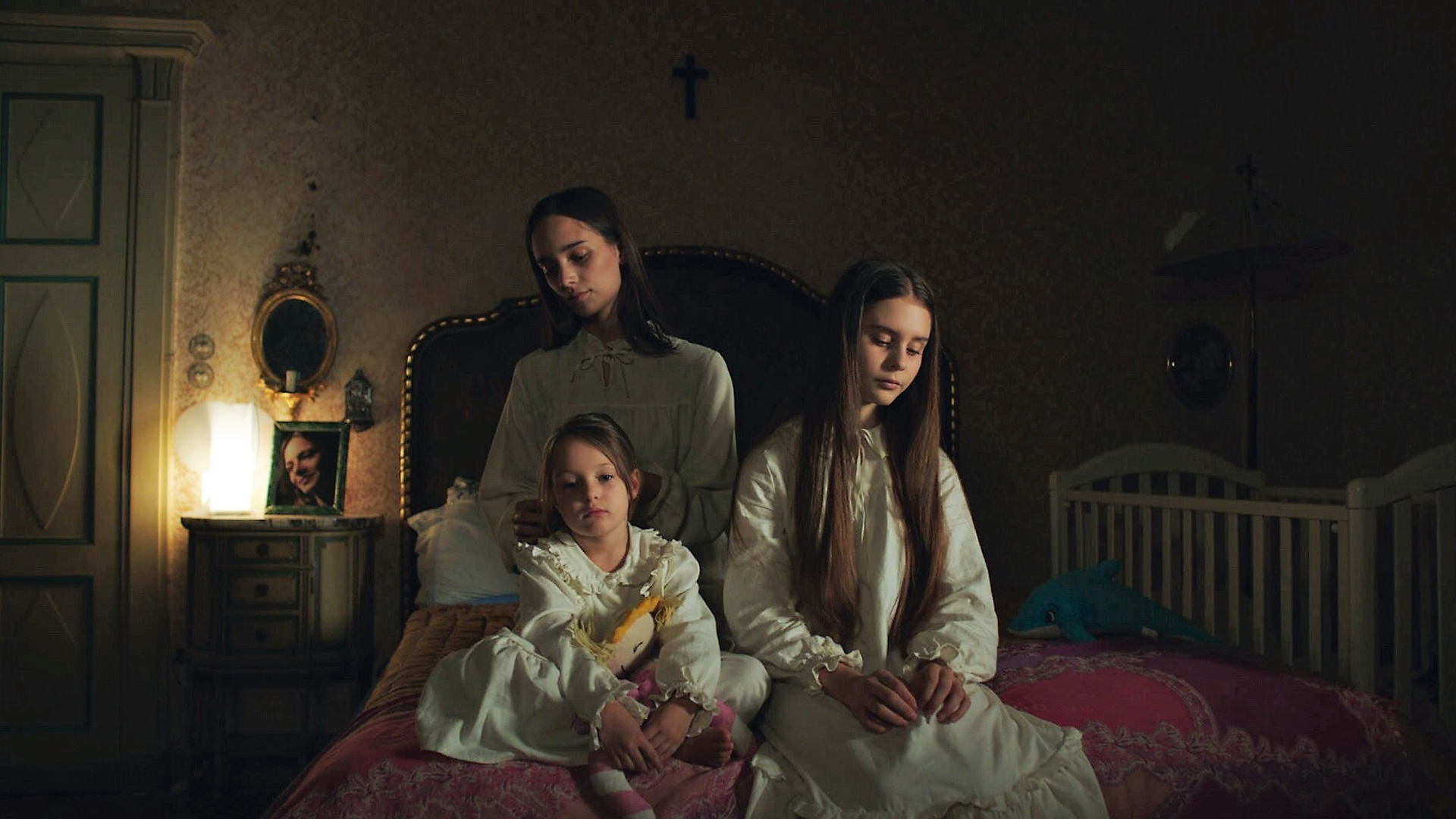 Co-Writer/Director Emanuela Rossi’s dark and sinister horror film is perfect for our 2020 culture.

Darkness is a horror film of a different kind. One that shows the horrors of abuse that women go through at the hands of men.

Stella (Denise Tantucci), Luce (Gaia Bocci), and Aria (Olimpia Tosatto) a trio of sisters have been told by their father (Valerio Binasco) the world has ended.  In the post-Apocalyptic world, they are told that women will not survive.  Every day their father struggles for their survival.  In some cases, killing other men for food.  As they are starved and deprived of sunlight, the eldest begins to question her father’s tyrannical rule.  As their father leaves and does not come back for days Stella is forced to venture out into the Apocalyptic landscape her father warned her of.  As she enters this new world, she finds it very different than the one that she and her sisters have lived in for so long.

Rossi’s film is as dark a character piece as one can get.  The abuse and moments of tension that she wrings out this chamber piece will shake many.  That is the point though.  Rossi has found a way to discuss the way in which men manipulate, abuse, and hate women.  There are no qualms about the disgusting vile ways that the father gaslights his children for control in every sense of the word.

The genius of the work is in her delivery system.  This setup allows her to make connections to everyday life and how women, young or old, are abused by men in some position of power. The depriving of food though covering it in the guise of “having to kill other men” is not far off the length’s men will go to push women to change their bodies.  There is a moment with the girls pretending to tan as their father walks in, and how he manipulates the situation is enough to make any normal person skin crawl.

Darkness is about survival and the unwillingness to be abused any longer, even if it is by someone who is blood or claims to love you.  In its most powerful moments, Rossi shows us that the path is not apart for women but together.  Young, old, no matter.  If they are to survive the oppressive patriarchy it will have to be together.

Note: Trigger warning.  Darkness does not contain any rape but there are multiple scenes of abuse in all its forms. Though sexual is implied.  Those that find this kind of material challenge should be warned.