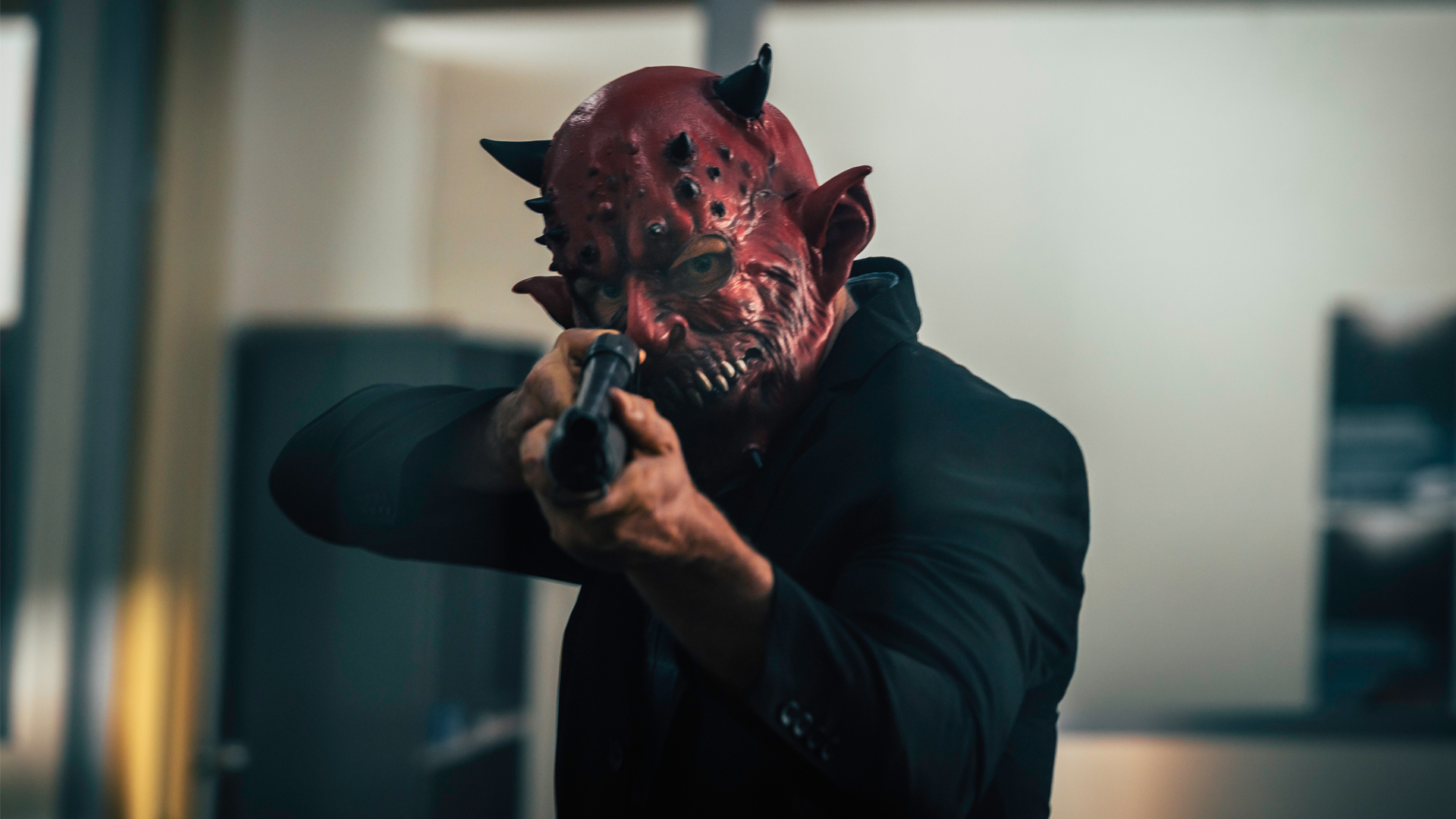 Buckle up because Bloody Hell is a wild ride and a great way to kick start Nightstream 2020.

Bloody Hell confirms something that I’ve always thought but never vocalized now, nothing good happens in Finland or any of the Nordic countries.  Though the film proves that it may not be good tidings for its characters its hilarious, awesome, and the right amount of gross-out.

A crew of Bank Robbers was not counting on Rex Coen (Ben O’Toole) or a guy like him.  Rex Coen wasn’t counting on the Bank Robbers to ruin his life.  They did when he goes as one character describes “John Wick on them”.  A huge mistake in the bank robbery heroics lands Rex in Jail for 8 years.  Cut to 8-years later and Rex just wants to get away from the US.  Fate has chosen Finland.  Which is only the beginning of Rex’s troubles as he has become the target of a very strange family with a very specific purpose for Rex.  Locked in a basement with few options it’s up to Rex and his delusions to find a way out if there is.

Bloody Hell is the best kind of horror film.  The one that unashamedly wants to entertain you from beginning to end.  Every twist, turn, roadblock, and trap that stands in Rex’s way is designed for your enjoyment as a horror fan.  There is no coincidence that Rex’s last name is Coen.  There is a distinctly Coen Brothers vibe that runs throughout the film.  Not imitation mind you.

Director Alister Grierson and screenwriter Robert Benjamin are far too clever and work too hard for some one-to-one xerox.  Rather, the way that the Brothers’ films build on calamity upon calamity is present here.  They do so with the relish and zeal of a screwball comedy never pushing gore too far but knowing when to let go as well.  The ultimate end game of this family and how they torture Rex both gross but never so much so that it will turn off anyone that isn’t a horror fan.

In fact, the film has just as many laughs as it does scares.  A rare occurrence these days for films that are claiming to be horror comedies.  There is a moment when Rex solves a situation in a very unique way, the title card after that, the payoff is one of the funniest moments of 2020.  At the same time, the solve that Rex finds for his issue is one of the best badass moments since Ash wielded a chainsaw arm.

Pardon the pun, or don’t, but this film is a bloody hell of a good time.  A movie this reviewer will be going back to more than once.