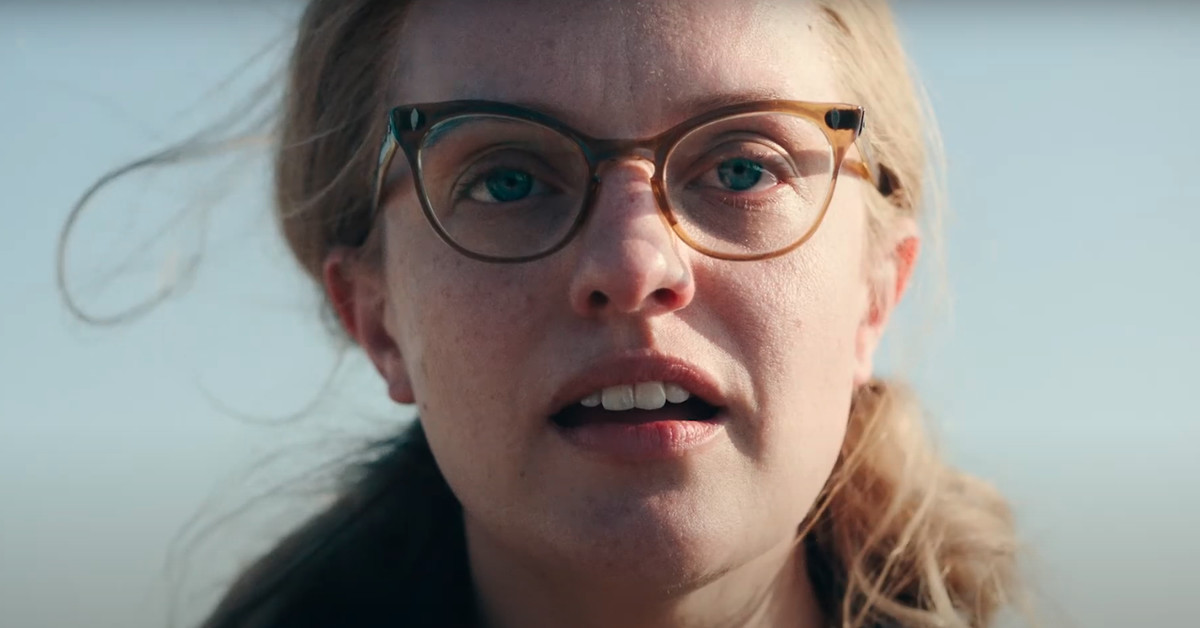 Josephine Decker’s latest film Shirley is a psychological drama which, perhaps unusually for a biopic, blurs the lines between reality and fiction in a combination of gothic horror and domestic drama.

Shirley Jackson was a writer and faculty wife, prone to overuse of prescription medication, alcohol and cigarettes and at the point we meet her in Shirley, also suffering from writer’s block. Elisabeth Moss puts on the winged spectacles and drab clothing to play Shirley and her vicious presence demands attention whenever she is on screen. Her life with husband Stanley (an extremely creepy Michael Stuhlbarg) is complicated; their relationship has shades of Who’s Afraid of Virginia Woolf? about it and it’s often difficult to see which of the two is gaslighting the most.

Into this emotionally compromised household arrives Fred (Logan Lerman) to take up a place as Stanley’s research assistant, and his wife Rose (Odessa Young) who unwillingly becomes housekeeper and minder to Shirley while The Men are At Work. The relationship between the two women increases in emotional intensity as Shirley manipulates Rose into becoming her own research assistant, providing fodder for Shirley’s next story which she is now inspired to write.

Moss characterises Shirley as abrasive and manipulative, but also oppressed and hemmed in by society’s norms, with the former being manifestations of the latter. And although only in the early stages of marriage, and a younger generation, Rose too is subject to the same restrictions; although more intelligent than her husband, it is he who goes out to work while she must stay at home. Any ambitions she had are already being stifled – Shirley sees this and, while bonding in her way with Rose over a shared female experience, also exploits the younger woman for her own creative ends. Although emotionally impotent in her marriage, Shirley can exercise creative and psychological power over Rose to produce her novel.

The strongest performances come from Elisabeth Moss and Michael Stuhlbarg; Stuhlbarg is uncomfortably sleazy and calculating, and for all Stanley’s charisma with his students, a highly unpleasant character. Moss makes the most of the various facets of Shirley’s personality and shines when she is at her most scheming and snarky.

The delineation between fiction, reality and projection in Shirley are deliberately unclear, leaving the viewer delightfully confused and without satisfying resolution. Anything else would have been a disservice to Shirley Jackson and her writing.

Shirley plays as part of the London Film Festival 2020.