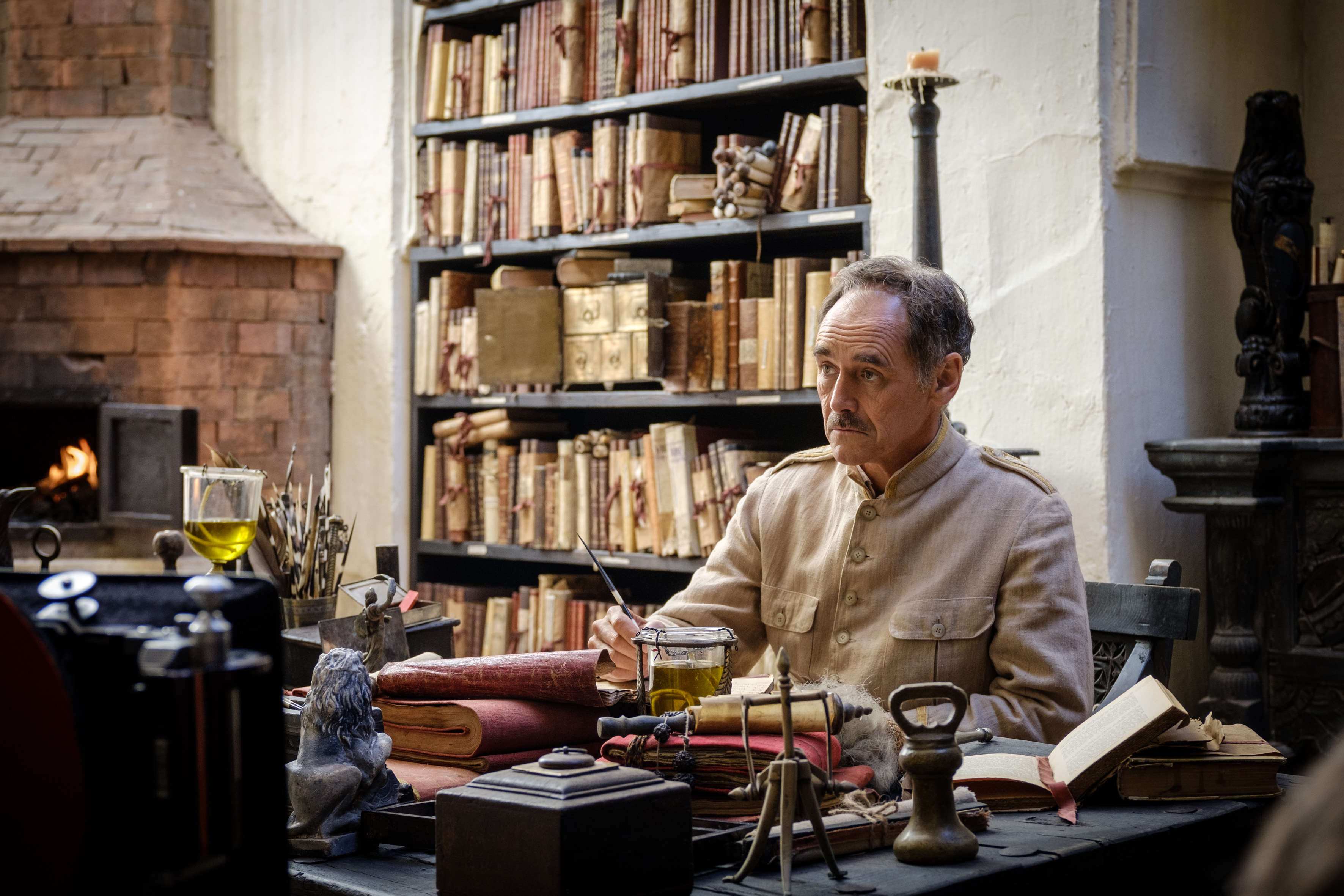 An unnamed administrator in an unnamed border town of an unnamed country manages relationships between his governing empire and the local townspeople in a fair-minded manner. The administrator (Mark Rylance) takes a benevolent interest in local history, culture and language, understanding that it can only help relationships. There is hardly any crime, and the walled town is fairly self-sufficient. The threat of barbarian attack from the nomadic tribes is talked about but never appears. But the calm is disturbed by the arrival of Colonel Joll (Johnny Depp), dispatched from the capital city to report on the frontier’s security and the so-called barbarians. Depp’s Joll is a cruel and ruthless officer, and his treatment of the barbarians pushes the administrator to exercise his own little act of rebellion as he is forced to consider his role and the role of other settlers in this desert location.

Challenged by the extreme behaviour of Joll – “I have orders to obey” – and his younger protégé Mandel (Robert Pattinson at his sneeriest) – the administrator begins to wonder if, far from being a sympathetic presence maintaining peace at the frontier, he is as much a part of the problem as the soldiers with guns who surround him. Who truly are the barbarians – are we awaiting their arrival or their departure?

Waiting for the Barbarians is the English language debut of Colombian director Ciro Guerra, whose 2015 film Embrace of the Serpent was nominated for an Academy Award. He also directed 2018’s Birds of Passage. The film is based on the novel of the same name by award-winning writer (South African-born and now Australian citizen) J M Coetzee, who adapted the screenplay from his own work.

Rylance’s slow, measured, even mannered delivery sketches a rather enigmatic administrator who is oblivious to the impact of the empire’s local government. Guerra (and Coetzee’s original story) spend a lot of time pushing around the question of whether a good man can still be considered good under such circumstances. Even if the incoming Colonel is a nasty piece of work, is the administrator’s benign ignorance an acceptable excuse for colonialism?

Waiting for the Barbarians is a beautifully shot film. The unnamed country possesses sweeping red deserts and gorgeous snow-capped mountains against a wide blue sky which are impressively rendered on screen. The indoor scenes are just as divine; using the natural light of many candles and open fires, the dark interiors are atmospheric and crystal clear.

Coetzee is a powerful writer whose background means he should know a thing or two about colonialism. We shouldn’t be looking outside for the enemy – it’s already with us.

Waiting For The Barbarians will be available on digital download from 7th September.