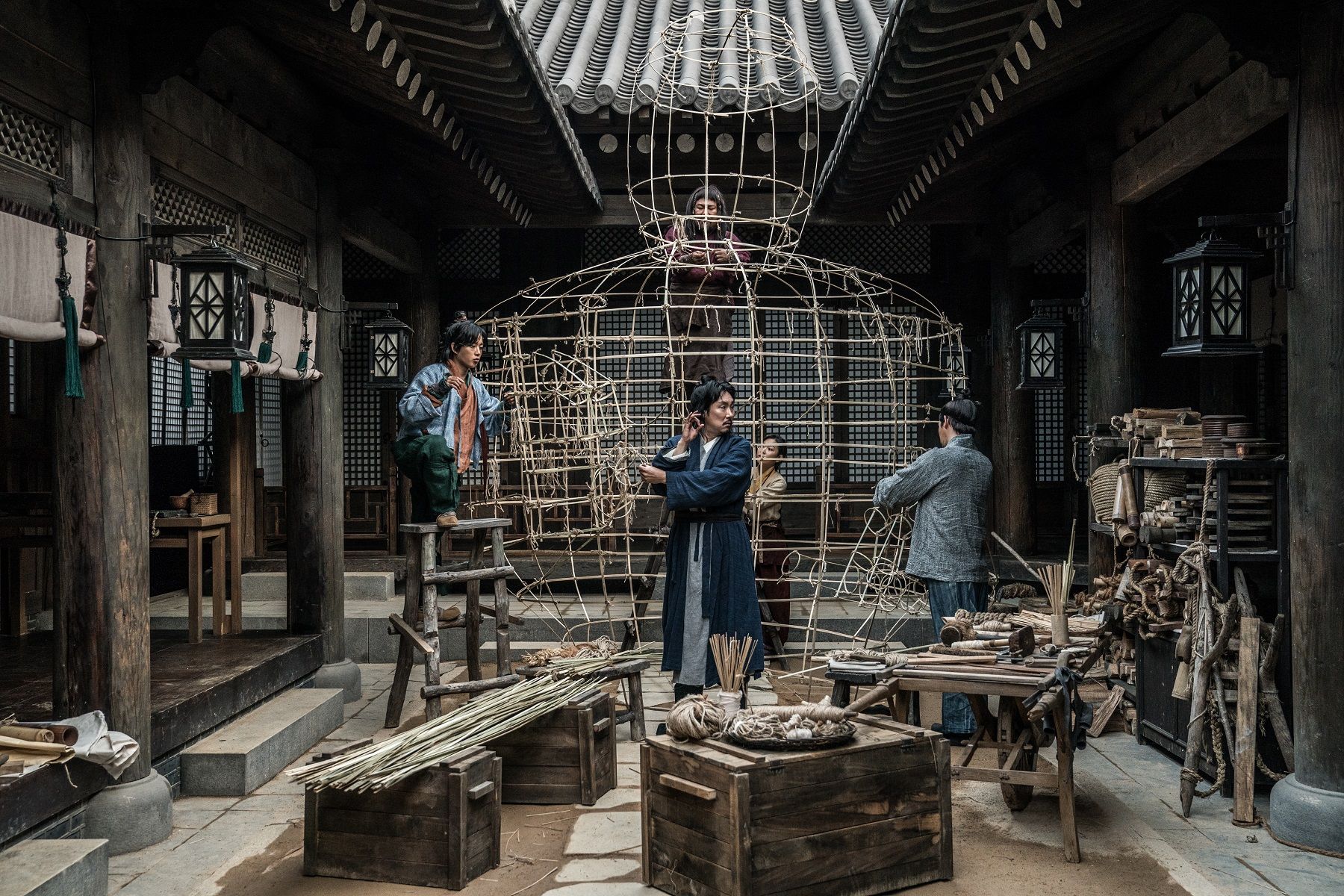 Co-Writer/Director Kim Joo-ho’s crime caper comedy is as entertaining and relevant as any film released in 2020.

Rumors, Gossip, or as we call it nowadays FAKE NEWS.  The Con Man movie goes back 600 years to get a new coat of paint in this hugely entertaining and relevant film.

Deok-ho (Cho Jin-Woong) leads a group of talented artists.  He and his group have a very specialize focus.  That is to con people.  More specifically to influence society’s opinions of people in the way their “clientele” want them influenced.  You have a husband who has a mistress and you want the mistress to leave your husband… no problem the jesters have you covered.  What happens when the King wants you to solidify his throne?  When that throne was gotten by a violent coupe?  If you do and are given everything you could possibly want.. what it struck wrong in your soul.  That you knew you were doing wrong. Would you fight the good moral fight?

Jesters: The Game Changers is one of the most entertaining films of 2020. It is also one of the most vital and prescient films of 2020.  Leave it to a South Korean Film set during the Joseon era to be one of the more acutely aware films the year.  The way that the film deals with its subject is not necessarily a one-to-one of current America but if one were to ignore some of the parallels Kim is making, you are truly not taking in some of the best filmmaking this year.

This is not to say that this is some boring or polemic treatises on politics.  Just the opposite.  Jesters: The Game Changers excels at being funny and highly entertaining.  Though like the best of the South Korean films and filmmakers, this film and director Kim understand that stakes matter.  Do not let the word comedy belie a film that is as tough and terse as any crime film of recent memory.  The film is both a comedy, light con man movie, and a political thriller we genuine consequences.

Make sure you put Jesters: The Game Changers on your list of must-sees.  If not you are missing out on one of the most entertaining and successful films of 2020.