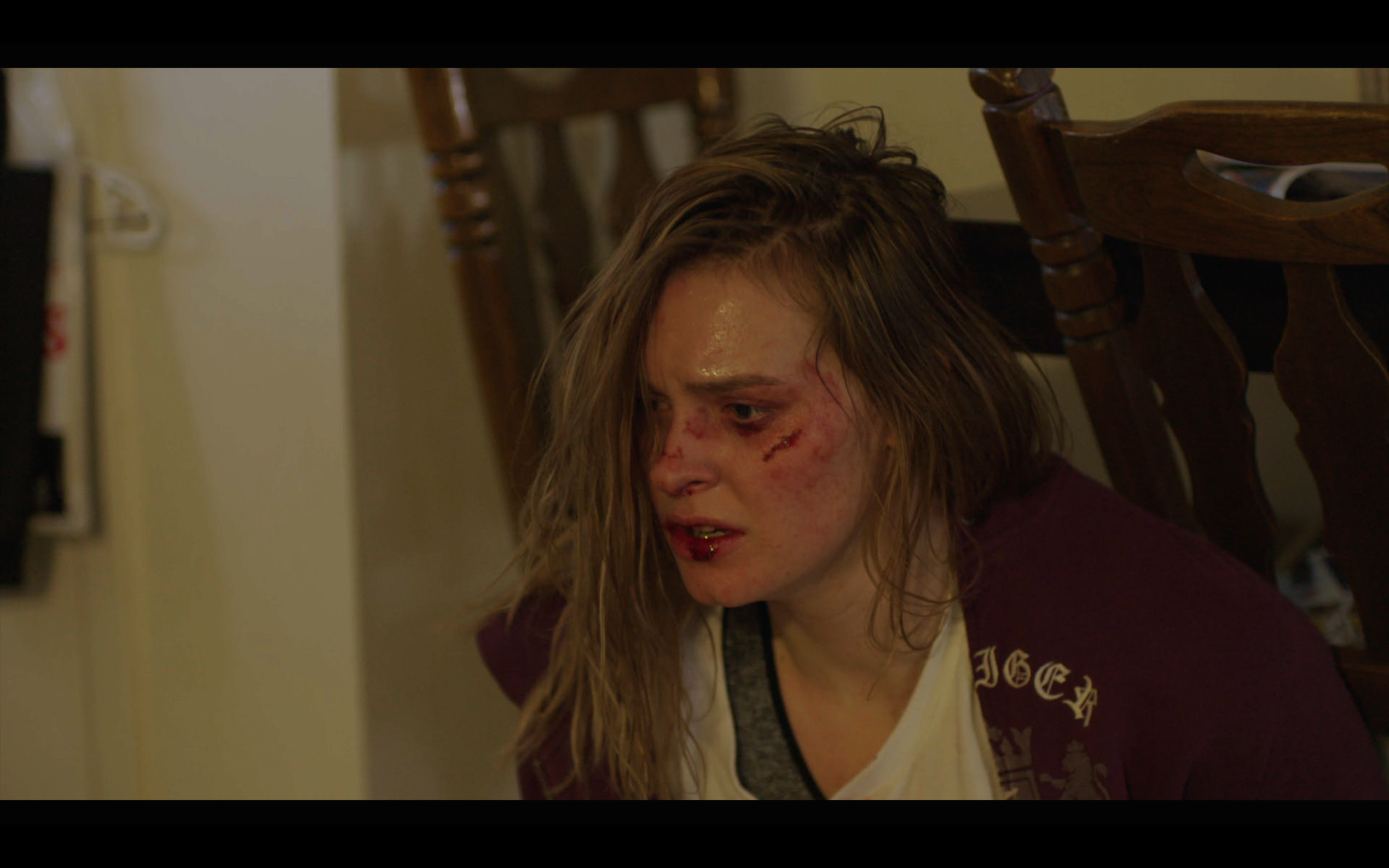 In the world of underground fighting, everything leaves scars not just the fists and kicks.

The second film from Quebec filmmaker Stéphan Beaudoin bruises the soul.  This is a fighting film like you’ve never seen.  One that hits are not just the one in the ring.

Skylar (Devon Slack) is in trouble.  Not just in her native America.  But hiding in Quebe with her drug-dealing cousin Kev (Jean-Phillippe Perras).  Forced to fight in underground matches by Kev who sees an opportunity to make money, Skylar is left with few if no choice.  After taking a beating Kev asks former fighter and customer Chuck (Émile Mailhiot) to train Skylar to work off the debt.

Yankee though features fighting is not a traditional fighting picture.  The film is more of a drama than a sports film.  There is no competition as the fights are brutal exercises in violence.  The script by Sophie-Anne Beaudry (with a story by Beaudoin and Beaudry) eschews traditional conventional troupes for a dark character study of a triptych of characters bruised and damaged in their own ways.

The film is about survival and what you will do to survive.  Not just for Skylar but for Kev and Chuck.  Each collides off one another with their own problems and actions that have repercussions that Yankee shows will last long after the credits roll. Beaudoin’s film may be hard to watch at times but it is never anything less than engrossing and challenging cinema.

Yankee is playing Fantasia as apart of their On-Demand section.