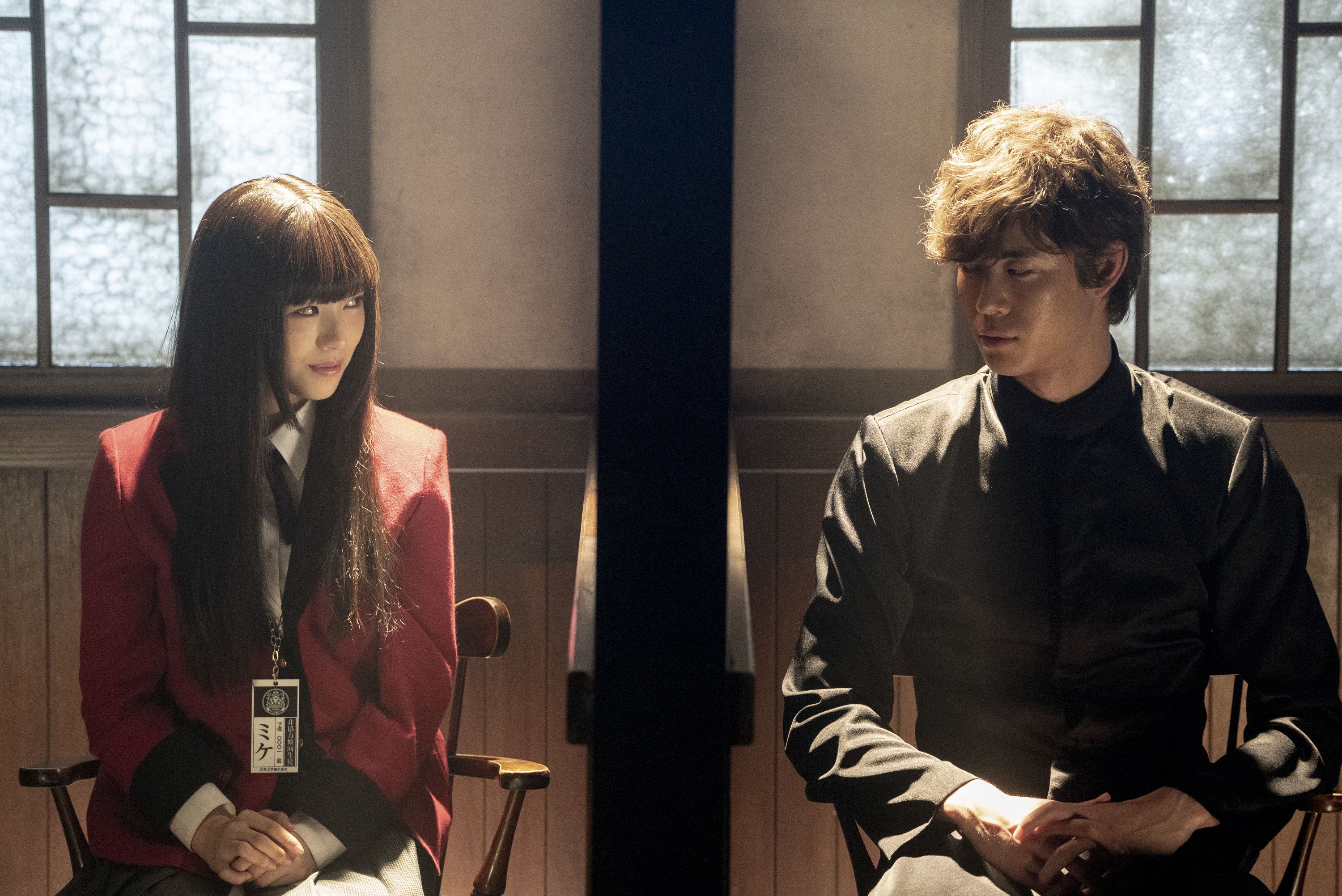 Kakegurui one of two films from director Tsutomu Hanabusa. This live-action adaptation of the Manga/Anime series is a smashing success.

In the world of Kakegurui the rich and elite send their children to a boarding school where gambling decides everything from grades to hierarchy.  In Tsutomu Hanabusa’s hands, it becomes a high school Game of Thrones with gambling centric story.

Hyakkoh is a private academy where your fate is decided by gambling.  You could end up royalty or you could end up a pet to another student.  This hierarchy is lorded over by Kikari who runs the student council.  There are a few that defy her including The Village, a small group that has rejected gambling for a pseudo-religious cult-like existence.  Enter Yumeko the very definition of a wild card to throw everything into disarray.  Kikari seeing rebellion in her midst throws down a gauntlet of sorts.  A way to draw everyone into the mix.  A gambling competition that has the winner allowed to realign the student council as they see fit.

By then end credits it becomes quite clear why there are multiple adaptions of Kakegurui. The source material is ripe with great narrative possibilities.  Hanabusa and his co-screenwriter Mizuto Takano finds a great story that is equal parts John Hughes, George RR Martin, and Suzanne Collins.  Like the last two authors, Kakegurui is at its best when it’s outsmarting its audience.  Which is does all its running time.  How its third act plays out is a doozy that’s more fun than it is confusing with Political Powerplays, Gambling, and some Statistics thrown in for good measure.

Kakegurui is the real deal; smart, entertaining, pop cinema at its finest.