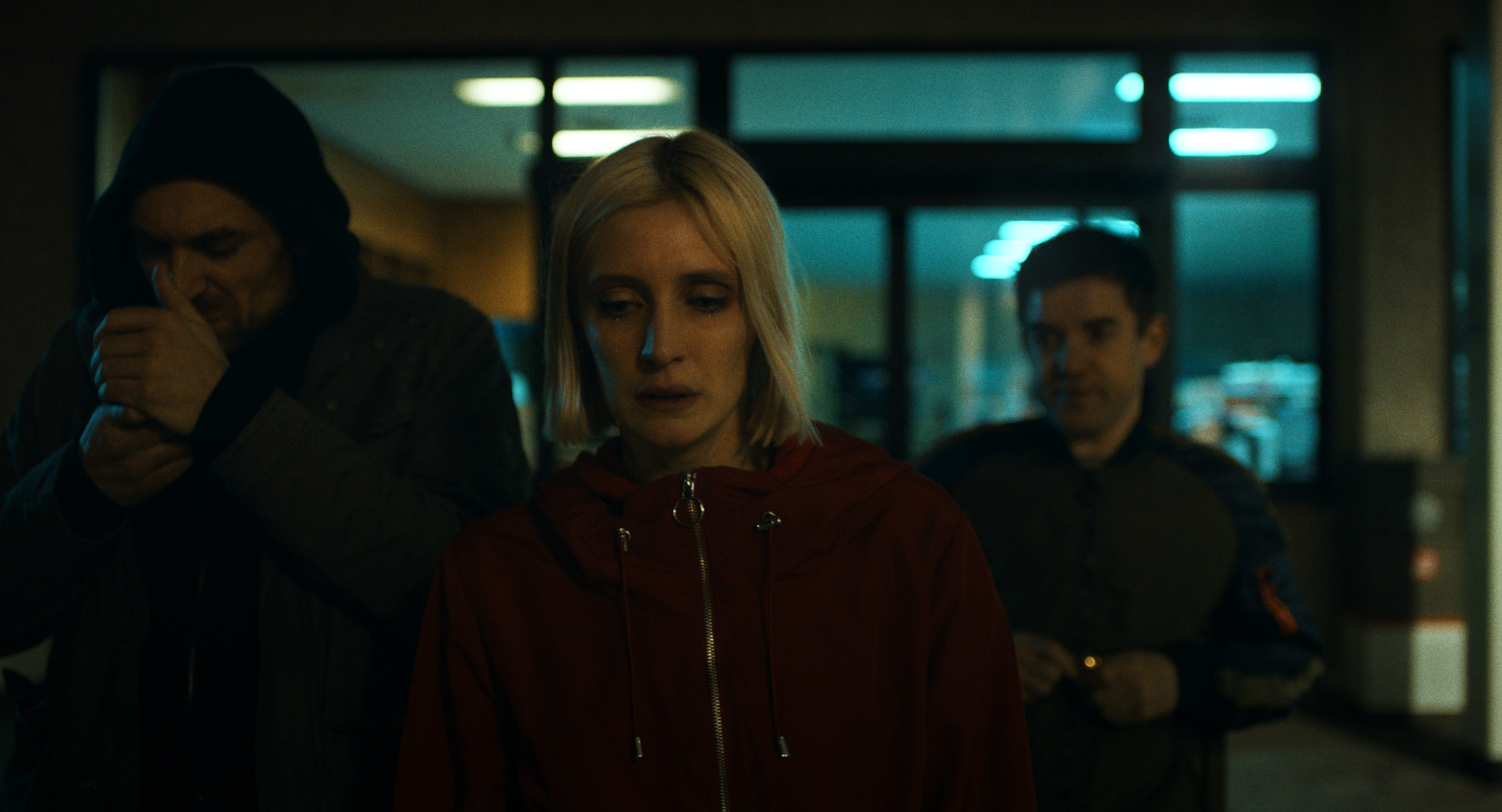 Vincent Paronnaud’s Hunted is more than a horror film. It’s a nightmarish piece of art.

A woman prefers the company of wolves over man… that is a statement that has become truer in 2020 than before.  Especially when men are as untrustworthy as those in Hunted.  Fleeing into the protective womb of Mother Nature is a woman’s only choice.

The story is tired and true.  A woman is charmed by a man.  The man turns out to be a pure psychopath.  The woman flees.  The woman is captured.  The woman escapes.  A dangerous game of cat and mouse ensues.  Who is the cat and who is the mouse in this tale?  Has mother nature personified by Woman (Lucie Debay) had enough of Man’s (Arieh Worthalter) violent appetites and abuses?

Vincent Paronnaud has created the darkest of fairy tales twisted and dark for our modern era.  The decaying rot of the patriarchy personified by two low life scumbags that feel they’re owed a Woman’s charms because she is pretty.  This is not your standard-issue escape from a serial killer film.  Paronnaud has created a piece of art that actively spits in the face of the cowardice of men. It shows how complicity even innocent bystanders are in men’s violence.

Many psychopaths have been on screen but none as distanced but acutely observed as Arieh Worthalter’s Man character.  Someone who’s violence towards women is specified but never articulated to make it the kind of perfunctory “my mom didn’t love me” bullshit that much of the genre is filled with.  He is a disgusting nightmare that never deserves our sympathies. Even as he runs scared away from the Woman and tells her “I’m Sorry”, we know he’s not.  It is Worthalter’s complete realization of an unsympathetic sexist sociopath that compliments the film in its uncompromising vision.

Lucie Debay the Woman is flat out mesmerizing.  How she builds the inner strength, then slowly but surely the madness inside of her is the kind of Heart of Darkness arc that woman rarely gets to play.  Debay’s work emotional, physical, and psychological is amazing.  This is not an exercise in style picture that shows how “cool” women can be while brandishing a gun.  Debay’s character is dragged through hell and is pushed beyond the limits of human tolerance.  By the end, her character has become the wolf.  The hunter but at the cost of everything.  She has been shattered and a shell of a human being.  Debay’s work is some of the finest of 2020 by any actor in any film this year.

Hunted is more than a horror film.  It’s nightmarish art.  Art that reflects our troubled times.  This is a film that leaves its marks deeply.