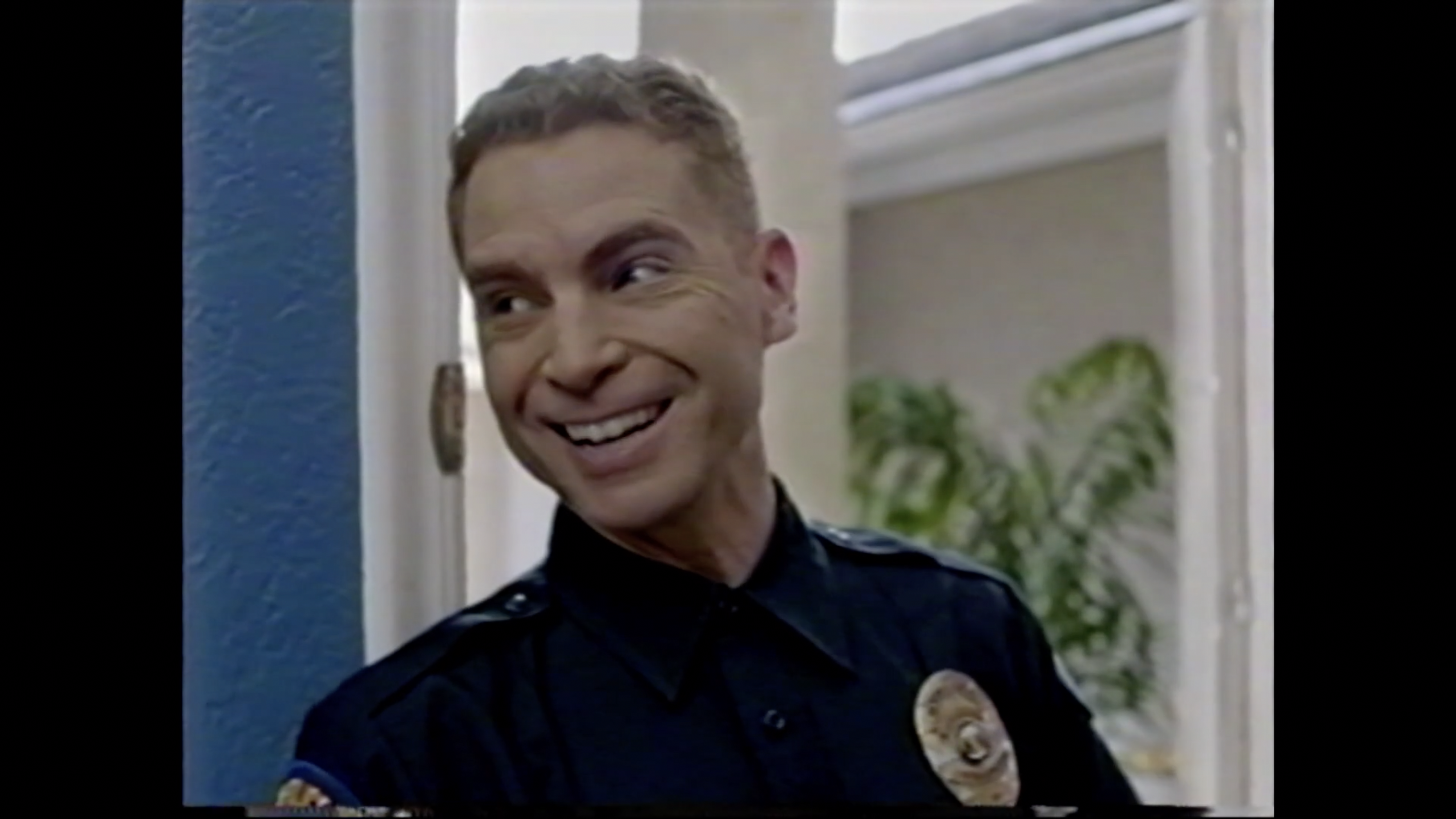 Step inside of the world of Survival Skills the Police Instructional video gone awry.

Writer/Director Quinn Armstrong’s film Survival Skills begins as a play on Reagan-Era return to uncomplex police officers.  Slowly what begins as a flat joke turns very real, very sinister in what can only be described as David Lynch meets James Ellroy.

As the Narrator (Stacy Keach) tells us that we are going to be spending a year with Jim (Vayu O’Donnell) the newest police officer on the Tacoma PD.  He is given a home, a girlfriend, and the rest of a one dimensional life.  As this instructional video begins to “teach lesson” about the day to day policing of Tacoma the sinister darkness of reality looms.  Jim begins to avert from his “scripting” and attempts to get involved with a case of domestic abuse.  As the Narrator warns both the audience and Jim, he is ill-equipped for the realities of “painting outside the lines” in this world.  As the video world and reality begin to meld the one-dimensional joke of a police officer Jim begins to have very real-world problems.

Armstrong’s film is not a one note joke.  Rather a darkly cynical look at the realities of the quagmire that is low enforcement. This film takes on troupes we have seen time and time again in films; the abused wife, the good job, the troubled teen, the psychopath husband/father.  Though each of these items are so twisted and forced to move away from the norm in film which is to glorify and give easy answers.  Survival Skills is adept at showing there is nothing easy or one dimensional about situations involving violence or policing.

With as sharply observed and keenly aware of its subject one does wish that Survival Skills had gone into more of the current concerns.  Though they do touch upon our current policing issues with an all-too-brief section.  Which may be the sharpest of and well-observed section of the film.  That could be for the sequel if there is one.

Survival Skills is not what you may be expecting but is exactly the kind of nervy filmmaking about policing that we need.  One that is responsible, albeit very sarcastically, with how it depicts situations that policing.  Though the sarcasm is never at the cost of the human tragedy it deals with. This sort of balance act is what makes Survival Skills electrifying.