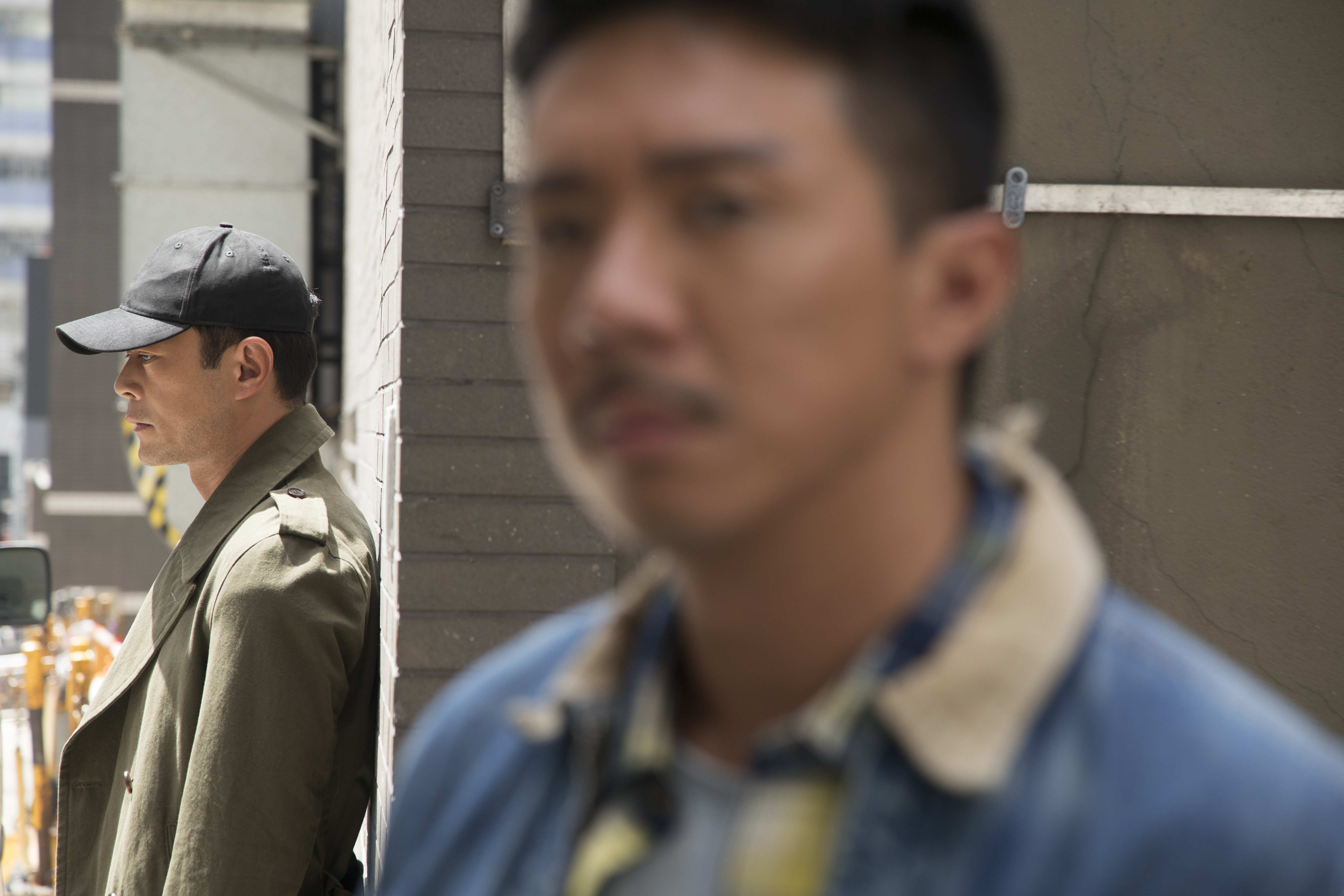 A Witness Out of the Blue is the real deal.  An HK action crime thriller with a mystery at its core that will engage both fans of action films and crime thrillers with ample glee.  Bonus points, there’s a talking Parrot.

Writer/Director Andrew Fung’s film is about a heist gone awry.  Rather than focusing on the crime itself, the film adroitly focuses on the aftermath and the investigation of said heist.  The results are a first-rate action film.

Inspector Lam (Louis Cheung) is brought into a murder investigation.  The murder investigation is tied to a jewelry store heist that leads to the death of an undercover cop, the crippling of a store employee, and the death of an older woman.  All signs point to Sean Wang (Louis Koo) the leader of the crew that tried to take the jewelry store. At least that’s what the dogged Special Investigator Yip (Philip Keung) thinks.  As Lam’s only leads are a talking Parrot that saw the murder, more bodies are piling up, and it becomes apparent that Sean may not be the one behind them.  Sean has taken refuge in a convalescence home ran by a nearly blind woman (Jessica Hsuan).  He too begins to hunt for answers as to who is killing his crew.  The answers as Lam and Sean find are not as tidy as they expected.

Fung’s film is not just about gun balletics but rather the cost of crime and vengeance.  The old adage of vengeance is a forest that one can get lost in is very true in A Witness out of the Blue.  Fung by mixing humor, pathos, and human drama eschew the normal action thriller troupe.  The result is a film where morality is more complex than in heroic bloodshed films that HK is known to put out.  Sean is a character that is in the midst of a moral crisis, one that keeps him awake as he tries to find answers.  Lam thought at first presented weak and almost incompetent is nothing of the sort and throughout the film is defined as a good moral standing man who tries to do right by those on both sides of the law.

Though the film has its share of action set pieces they are twinged with the character and stakes they are not just for thrills but have actual costs to them.  It is here where A Witness out of the Blue stands above and beyond the crowded field of Procedural Action Thrillers. It’s adroit understanding that there is a cost for any crime or action.  How it stands this ground and still makes a compelling thriller action film is one of the magic tricks that will keep people coming back to this film.

A Witness out of the Blue is playing at Fantasia as apart of their On-Demand Section.