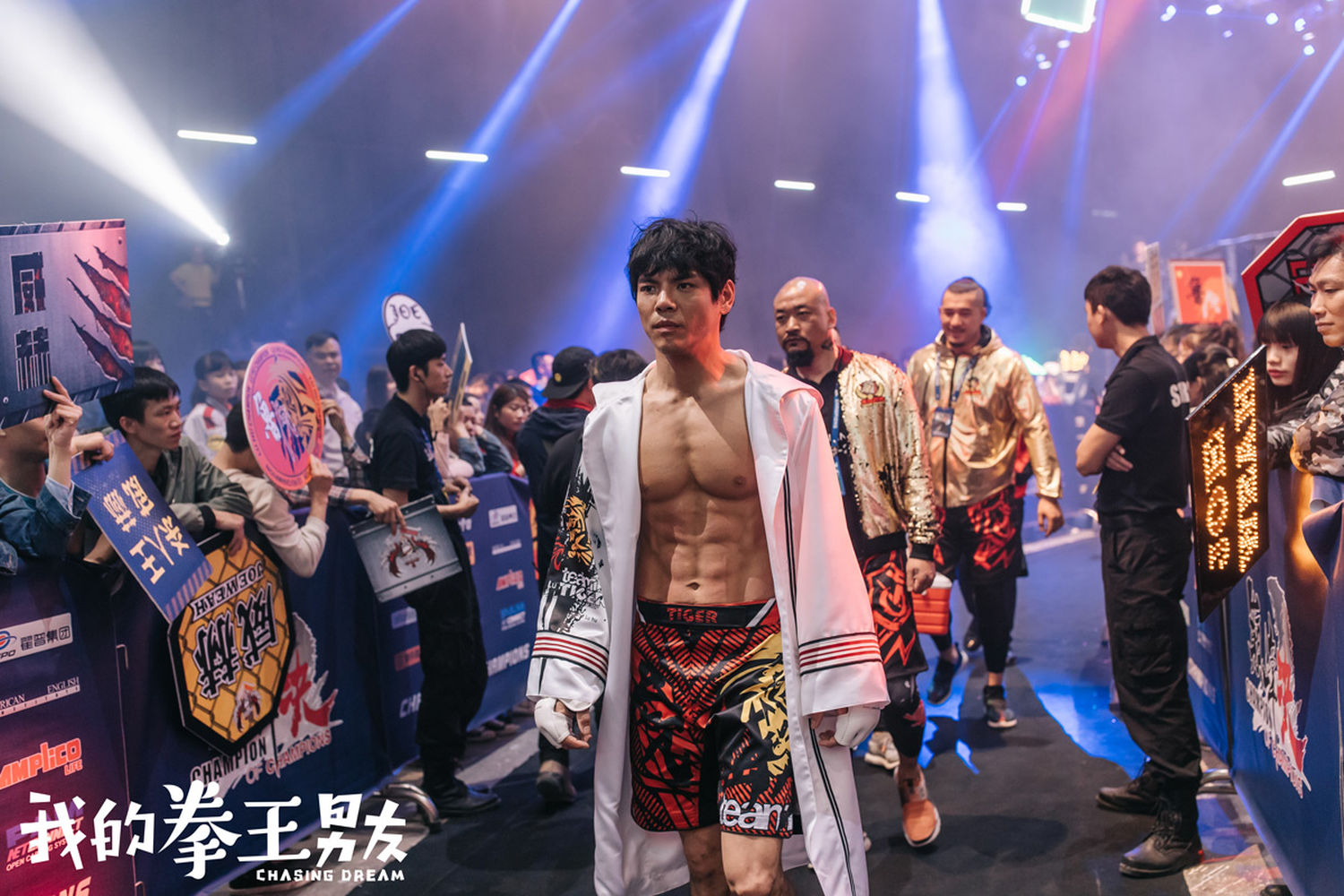 Leave it to Johnnie To in combining a Martial Arts Competition Film and a Musical Competition film to make a Romance mashup mixtape.

Chasing Dreams manages to be equal parts Martial Arts film and Musical Romance.  Director Johnnie To continues his chameleon style career with another winning film proving the director can do just about anything.

Tiger (Jackie Heung) and Cuckoo (Keru Wang) at first glance do not appear to be the perfect pair.  Both indebt to a loanshark Gao Qiang. Tiger is an MMA fighter.  Cuckoo has dreams of being a singer and winning the Perfect Diva TV series (think American Idol but for just women aspiring to be Divas). The two are put together because Tiger appears is going to use her.  Rough around the edges, to say the least, belies Tiger’s heart (yes, I know the cliches there) and a belief in Cuckoo.  What appears to be a long shot doesn’t seem like one the farther that Cuckcoo goes.

Make no mistake.  Johnnie To has produced his most winning crowd-pleasing film to date.  Part Musical. Part Sports film.  All underdog story.  The film’s script (written by Ryker Chan, Siu-hei Chan, Tin Shu Mak, and Ka-Fai Wai) excels at understanding the tone of the film and respecting the journey of its lead.  With a tone that never veers too far off course, even the wildest divergences are acceptable. there is a full-on musical number that makes complete sense in the story.

At its core Chasing Dream is a big romance.  From their rough and tumble first meeting.  To their constant attack at one another.  To their eventual first kiss.  The film plays like a big romance.  Tiger and Cuckoo each have their journey and what keeps them apart is not some manufactured drama but real character-based issues that Tiger has to overcome.

Like most Competition based movies you can guess how it ends.  It is never the ending but how it gets there that counts.  This particular entry into the subgenre has made it an unexpected journey.  Filled with the sort of left turns that will surprise those that know the well-worn genre.  Chasing Dream is a winner.