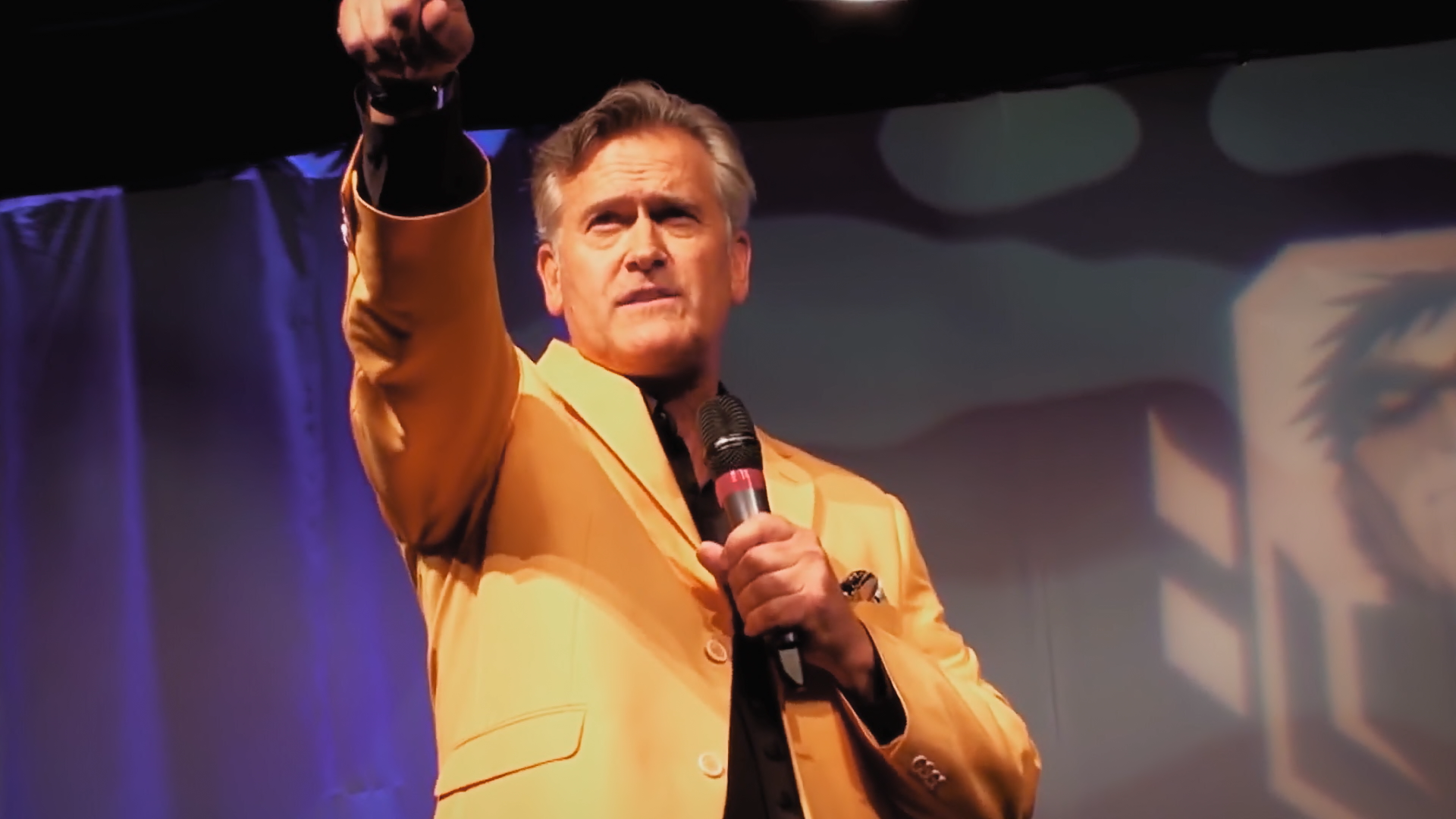 Hail to the Deadites does just that.  Hails the fans that have made Evil Dead an enduring franchise.  Those looking for deep contextualization of the franchise should look elsewhere.

Fandom can be a window to a cult film phenomenon.  Their stories giving context to why a particular franchise or even a single film is powerful.  Hail to the Deadites tells some of its fans stories but never truly contextualize them. Telling stories of a few which some are admittedly emotionally resonant the film never connects why these stories or how these fans make Evil Dead a storied franchise.  The film feels like a collection of interviews with fans showing off their memorabilia collections rather than discussing why they feel the films endure for them and what keeps them collecting.  By only telling the stories and never really showing why it connects with the audiences beyond, “it was scary” or “it was awesome” there lacks the substantive documentary.  Even having the likes of Bruce Campbel, Ted Raimi, Tom Sullivan, and others show up they never truly ask the specific questions to the filmmakers that would give that context that the film desperately needs.  If one is looking for a collection of Evil Dead Fans talking shop along with some of the creatives (minus Sam Raimi) Hail to the Deadites is for you. Those looking for a more in-depth look at where the films draw their power from will have to look elsewhere.