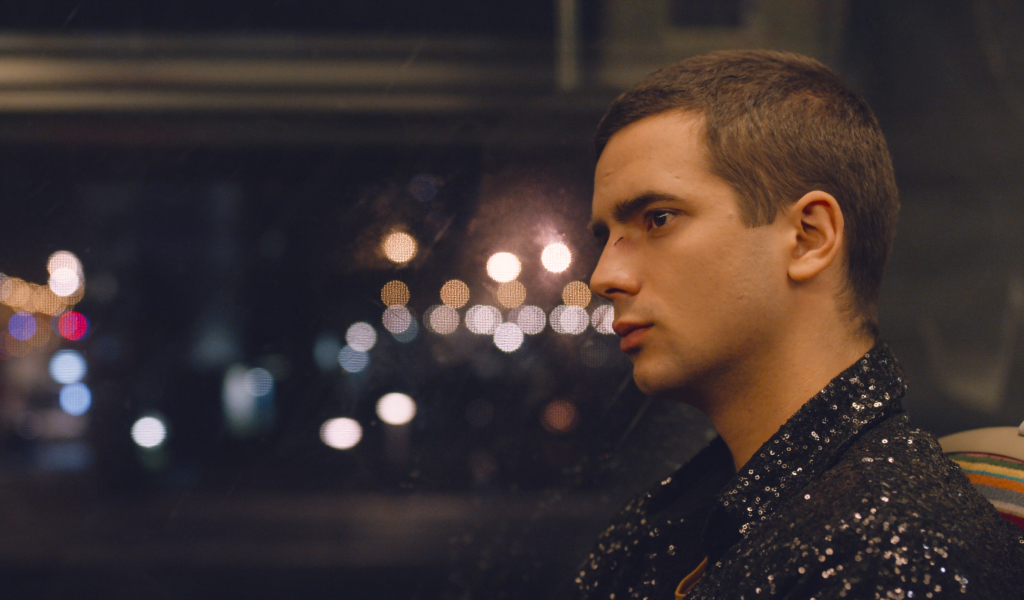 A Parisian romance with a rather unusual premise – Burning Ghost is best viewed with as little advance knowledge as possible.

The comments below are prefaced with the advice that Burning Ghost (Vif-argent) is one of those films which is better seen knowing as little about it as possible; even though this review is spoiler free, inevitably there will be information which may hamper enjoyment if known in advance.

Burning Ghost is the feature debut of Stéphane Batut, and premiered at the Cannes Film Festival 2019 as part of the ACID programme (Association du Cinéma Independant pour sa Diffusion – Association for the Distribution of Independent Cinema).

It follows a young man – Juste (Thimotée Robart in his first feature role) – wandering the streets of Paris looking for people only he can see. He talks to them about a memory from their past, before helping them into the afterlife. On his travels one day he is followed by Agathe (Judith Chemla), a woman who seems to recognise him from past travels. The pair seem to be destined to be together, but life and death are keeping them apart.

On the one hand, Burning Ghost manages to intrigue with its probing thoughts about death, readiness for the end of life, and memories of things that are important. If viewers are familiar with Kore-eda Hirokazu’s After Life they may sense some familiar themes brewing.

Juste operates with kindness and consideration but with little emotion, and apart from a friendly relationship with local tailor Alpha (Djolof Mbengue) appears to be quite isolated and self-sufficient. Encountering Agathe however sparks passion and feeling in him, which he didn’t seem to know was possible. The early stages of their relationship are sweet and full of curiosity – for the viewer as well as the characters – and it is clear that they have a strong connection.

By the end though, sentimentality takes over and the love story sadly becomes a little heavy-handed, pushing some potentially more delicate and thought-provoking scenes involving Juste’s new world into the background. The music doesn’t help here at all. When David Lean made use of Rachmaninoff’s Piano Concerto No. 2 in C minor in Brief Encounter it underscored the characters’ emotions perfectly, but unfortunately Batut has been a little overindulgent and drowns the final scenes with his version. It’s a shame because the music composed specifically for the earlier sections creates a beautiful, mysterious, synth-infused atmosphere which pairs perfectly with the context.

I have mixed feelings too about one intimate scene which takes place half-way through the narrative; I can see that the filmmakers have made an effort to show that Agathe is a consensual participant, but the fact that I still felt uncomfortable watching means that (for this viewer at least) the attempt was unsuccessful.

Nevertheless, Burning Ghost is a supernatural love story which is worth a peek if the concept of unusual romance mixed with a touch of existential fantasy is appealing. As a director, Batut clearly has a lot more to offer.