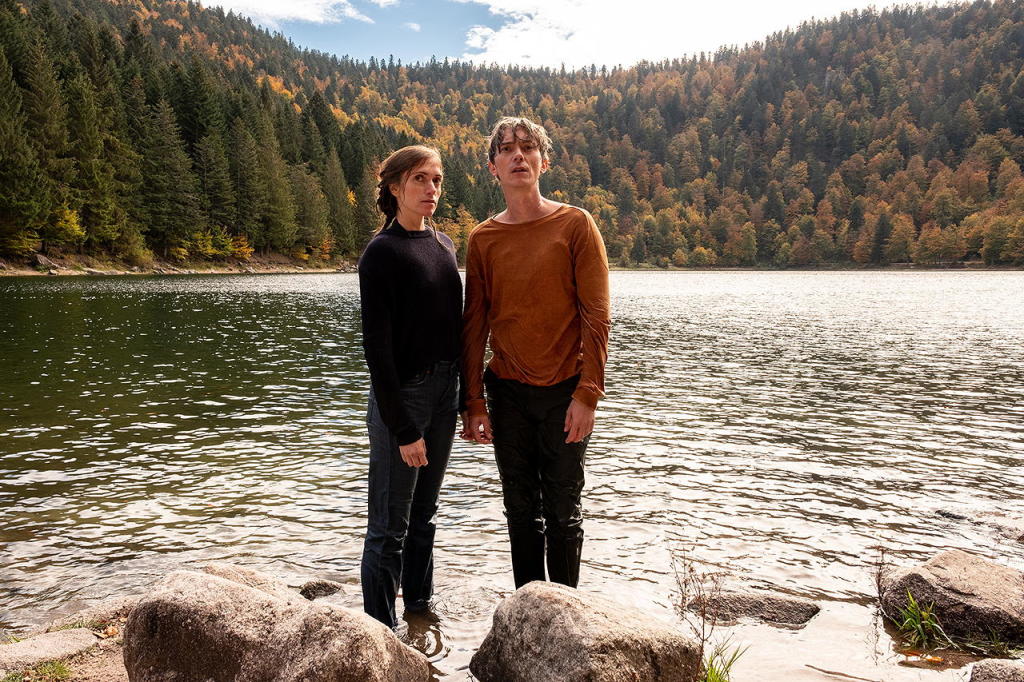 Warm-hearted, lightly comical and vaguely philosophical, The Bare Necessity channels a touch of Wes Anderson in small-town France – don’t be put off by the title!

Once again I feel the need to beg potential viewers of a film which is not in the English language to overlook the terrible English title; The Bare Necessity does this film (Perdrix in the original French) no favours at all.

The reason Perdrix isn’t directly translatable is that is it the surname of Pierre (Swann Arlaud), Captain of the local small-town police station; a man who is existing rather than living, but who is also at peace with things as they are and feels no reason to change. It’s only when Juliette (Maud Wyler) stumbles into his life as the victim of a rather unusual crime that Pierre and his family begin to question whether their lives have more potential than they currently allow. It’s no coincidence that the family surname contains the French root of the verb ‘to lose’ – the members all seem lost in their own self-contained worlds until Juliette challenges them to look beyond.

Pierre’s family consists of his widowed mother (gloriously portrayed by Fanny Ardant), his separated brother Julien (Nicolas Maury), and Julien’s daughter Marion (Patience Munchenbach). Each of them is lonely and has their own little obsessions to keep them going, until Juliette shakes up everything.

The Bare Necessity’s quirky humour mixes with poetry and philosophical thought in a clever and easy-to-access manner; there are definite touches of Wes Anderson in the ordinary strangeness of the characters and their world, and even incomers from outside the tightly-knit microcosm are acceptably odd. Revolutionary nudists and quietly conforming war re-enactors inhabit this world side by side, and no-one appears to bat an eyelid.

Quirky isn’t usually my thing but Wyler’s performance as Juliette, a force of nature belying buried sensitivity and insecurity, has just enough peculiarity without being unbearable – which is the key to wanting audiences to root for her. Of course if you dig too deep she is just too good to be true – however the film doesn’t dwell on that and doesn’t ask the viewer to do so either. She is what she is, and the other characters evolve through being in her presence.

The Bare Necessity is a lightly comic, lightly philosophical look at solitude vs loneliness, which asks its characters to decide how much of a risk they are prepared to take in order to open up their lives to something new. It’s also a question which viewers might decide to ask themselves after watching – in a quirky and not too ponderous way, of course.

The film played in the Directors’ Fortnight selection at the Cannes Film Festival in 2019; it’s written and directed by Erwan Le Duc, whose first feature this is. On this showing, I will be very interested to see what else he brings to the screen in the future.

Warm-hearted and worth overlooking the terrible title.