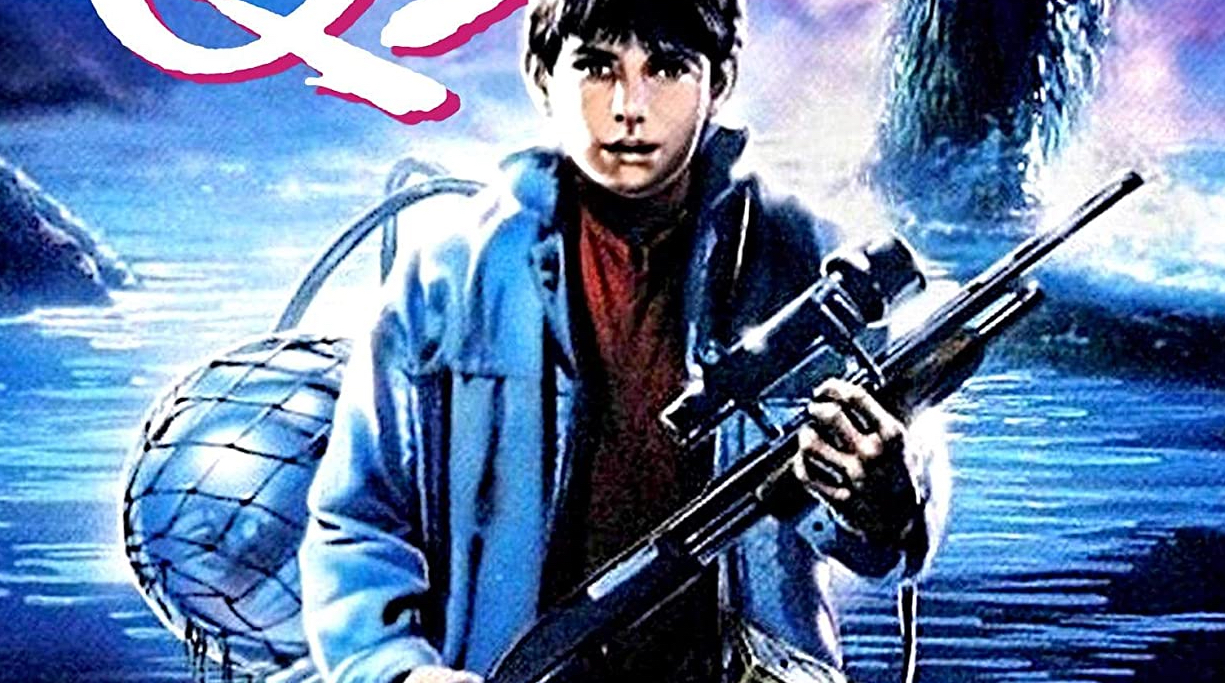 The Quest aka Frog Dreaming is a truly great adroitly told adventure film.  That’s thanks in large part to the script by Everett De Roche and Brian Trenchard-Smith’s crisp direction. Though most of the film falls on the casting of Henry Thomas.

Part inventor, part adventurer, full-time kid Cody (Thomas) fills his day in the small Australian town he lives with his ward Gaza (Tony Barry) by testing his inventions and the patience of many of the townsfolks.  Labelled a troublemaker by many but truly just a curious kid with a scientific mind.  A day out with friends Wendy and Jane (Rachel Friend and Tamsin West) leads to a rock quarry and the legend of the “frog dreaming”.  Cody goes to obsessive lengths to figure out if the monster is truly a monster living in the depths of this lake.

Thomas as in E.T. and Cloak and Dagger shows why he was a child superstar.  Cody is not the sort of bratty movie kid we’re used to.  Cody is smart, dedicated, brave, and curious without putting on airs that it’s just written in the script or the script dictates it.  Thomas plays Cody with the sort of enthusiasm that isn’t fake and the sort of laser focus that feels real.

Like De Roche’s best work, the writer here works against the conventions of the genre or subgenre he’s working in. The Quest gives both what you expect from a Kid vs Monster feature but adds a layer of investigative science that makes the film levels above other similar films produced at the time.  The way that De Roche crescendos the film in the third act is a perfect dovetailing of both subgenres adding a new layer.  It helps that Trenchard-Smith understands that he’s got a great adventure film on his hands and directs the film with a large-scale enthusiasm that feels like the best Amblin Production not from Amblin.

The Quest is the kind of adventure film that you would have wanted to see as a kid.  Rare in the genre, one that respects its young characters.  Treats them with the agency that even adventure films starring older leads cannot muster or manage.

The 4K restoration beautifully reproduces the wonderful outdoor photography and the specific look that Trenchard-Smith’s films of this era were known for. The Blu-Ray has a healthy amount of grain and retains its filmic look that doesn’t feel like it DNR’ed to death.

The audio commentary with Trenchard-Smith, Editor Kavanagh, Costume Designer Aphrodite Kondos, Mark Hartley is an utter delight.  Hosted by Mark Hartley (director of the highly entertaining Not Quite Hollywood) the commentary is a lively informative affair.  Beginning with Trenchard-Smith giving credit to the great Everett DeRoche the track is a fun affair.  Hartley guides the group in asking certain questions but the group is quite loquacious when it comes to the film’s production.  Some of the bits of the nature photography, the locations, working with Henry Thomas and kids in general, how Trenchard-Smith was actually hired one-week into production, how Trenchard-Smith got the job, cultural appropriation of the piece and how it was navigated by Trenchard-Smith, odes to De Roche, and a great story about a project that De Roche and Trenchard-Smith that never materialize but sounds amazing, working with Brian May, and much more.

THE DEPTHS OF A LEGEND: A Look Back is a 28-minute behind-the-scenes featurette with Star Henry Thomas and Director Brian Trenchard-Smith.  The new to the US featurette is Trenchard-Smith interviewing Thomas on how he came to be cast in the film, the production, and everything else about the film.  It’s a great relaxed interview with the two who have appeared to have affection for one another.  Some of the great anecdotes include Thomas not wanting to be in films anymore at the time, the struggle to get the cast to go through, eating grubs, the railway bike, and more.

THE GO KIDS: Looking Back on THE QUEST is a 17-minute interview with Co-Stars Rachel Friend and Tamsin West.  Both West and Friend recall a lot about the production and casting process of the film.  They do a great job of recounting various things like working with Thomas, working on location, and much more.

THE DREAM QUEST: Shooting Locations Revisited is a 6-minute wordless featurette.  Featuring the great Brian May’s score plays throughout the visual essay that compares the sets today and in the film.

Rounding out the special features is the Australian Theatrical Trailer (1:31) which is restored.  Also included is the trailer for The Earthling (3:11).

The Quest is a great adventure film.  HIGHEST POSSIBLE RECOMMENDATIONS!!!